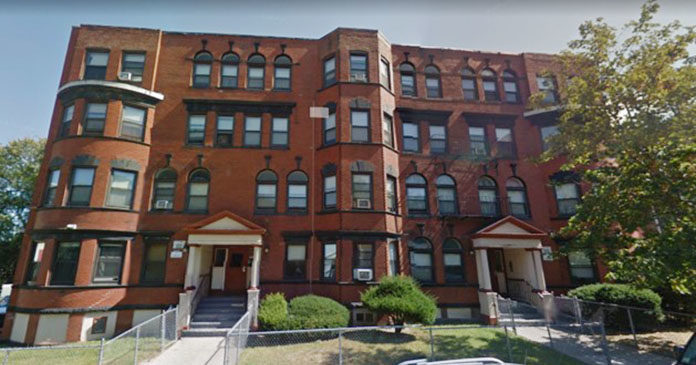 MassHousing has closed on $45.7 million in financing to the Jamaica Plain Neighborhood Development Corporation (JPNDC) for the acquisition, preservation and renovation of a 201-unit scattered site affordable housing portfolio in Roxbury and Dorchester. JPNDC utilized MassHousing financing to purchase the portfolio of six affordable housing communities, located on 21 scattered sites in Boston, from the estate of Lorenzo Pitts. As part of the transaction, JPNDC will make extensive capital improvements across the 201-unit portfolio and extend housing affordability at the properties in perpetuity.

“MassHousing commends the Jamaica Plain Neighborhood Development Corporation and the estate of Lorenzo Pitts for their commitment to preserving this substantial affordable housing portfolio,” said MassHousing Executive Director Chrystal Kornegay. “The buyer and seller in this transaction were both highly motivated to preserve these properties, and we are thrilled to help facilitate an outcome that will support residents’ wellbeing for the long term.”

“Given that part of the solution to Boston’s housing crisis is preserving the affordability that currently exists, JPNDC is proud and excited to be making sure these homes are no longer at risk of being converted to market rates,” said JPNDC Executive Director Richard Thal.

The transaction also involved $5.7 million in equity from allocations of state and federal historic tax credits, $1.5 million from the City of Boston, a $25.1 million seller note, and a $5 million bridge loan provide by Santander Bank. JPNDC is providing a $500,000 sponsor cash loan and $1.2 million in rental income to the transaction.

The Commonwealth’s Section 13A program was created by the Massachusetts Legislature in the 1970s to provide low-interest mortgage financing to affordable housing communities. Today, 13A communities serve some of the lowest-income and most vulnerable populations in Massachusetts, including many elderly residents. The mortgages on these 13A housing communities are nearing maturity, and no federal resources are available for their preservation. In response, MassHousing and DHCD have committed a total of $100 million in capital to help protect vulnerable residents and preserve affordable 13A units that otherwise could convert to market rates.

Among the renovations planned for the properties are masonry repairs on all building facades, roof and window replacement at selected buildings, accessibility upgrades, kitchen and bathroom upgrades at selected units, and upgrades to life safety, mechanical, electrical and plumbing systems.

The general contractor will be Bilt-Rite Construction. The architect is The Architectural Team and the management agent is Peabody Properties.

MassHousing has financed or manages the rental subsidy for 257 rental housing communities in Boston involving 29,570 units and $1.7 billion in financing. The Agency has also provided $1.1 billion in home mortgage financing to 8,339 Boston homeowners.

MassHousing (The Massachusetts Housing Finance Agency) is an independent, quasi-public agency created in 1966 and charged with providing financing for affordable housing in Massachusetts. The Agency raises capital by selling bonds and lends the proceeds to low- and moderate-income homebuyers and homeowners, and to developers who build or preserve affordable and/or mixed-income rental housing. MassHousing does not use taxpayer dollars to sustain its operations, although it administers some publicly funded programs on behalf of the Commonwealth. Since its inception, MassHousing has provided more than $22 billion for affordable housing.