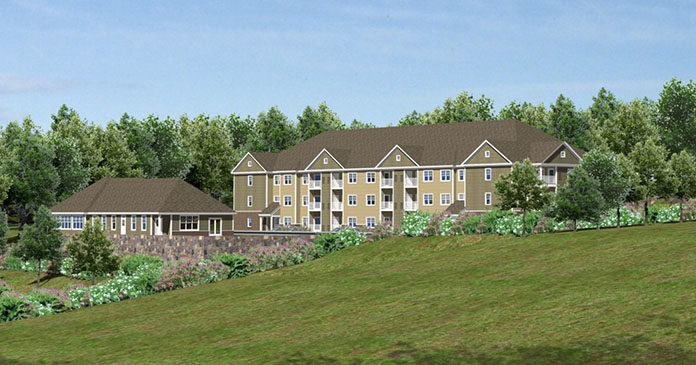 MassHousing has closed on $23.6 million in affordable housing financing to Princeton Properties and Parse Capital. The MassHousing permanent financing supports affordability at the Mill and 3 Apartments, a 108-unit, mixed-income apartment community in Chelmsford. The Mill and 3 Apartments transaction involved the use of recycled private activity volume cap, extending a scarce resource that allows housing developers to access tax-exempt funding for affordable rental housing.

Princeton Properties built the Mill and 3 Apartments under Chapter 40B, the state affordable housing law that extends streamlined permitting to affordable and mixed-income housing communities. Twenty-two of the 108 rental units at the Mill Road Apartments will be affordable in perpetuity to households earning at or below 50 percent of the Area Median Income, which for Chelmsford is $52,700 for a family of four.

“As the state’s affordable housing bank, MassHousing delivers innovative financing solutions that meet the needs of our customers and create safe, decent affordable homes for the Commonwealth’s residents,” said MassHousing Executive Director Chrystal Kornegay. “The use of recycled volume cap stretches a key housing finance resource, allowing Princeton Properties and the Town of Chelmsford to create new mixed-income housing for the Merrimack Valley’s working families, with homes that will remain affordable in perpetuity. MassHousing is one of only a handful of housing finance agencies in the United States to have executed a complex financing transaction like this.”

“Together with Parse Capital and the NRP Corporation, we are excited to have delivered outstanding product into the Route 3 corridor where these apartment homes have been met with tremendous market acceptance. We are delighted to have worked with our friends at MassHousing, who once again have delivered effectively and effortlessly,” said Andrew Chaban, CEO of Princeton Properties.

The Mill and 3 Apartments, located at 276 Mill Road in Chelmsford, consist of 46 one-bedroom apartments and 62 two-bedroom apartments. The general contractor was NRP Construction and the management agent is Princeton Properties Management.

In addition to financing Princeton Commons and the Mill and 3 Apartments, MassHousing has provided home mortgage loans involving $84.4 million in financing to 541 homeowners in Chelmsford.

Parse is a leading provider of financing solutions to developers and financial sponsors for the development, recapitalization and acquisition of multifamily assets throughout the United States. Parse offers a range of creative financial structures, including stretch senior and subordinated debt, preferred equity and joint venture equity.