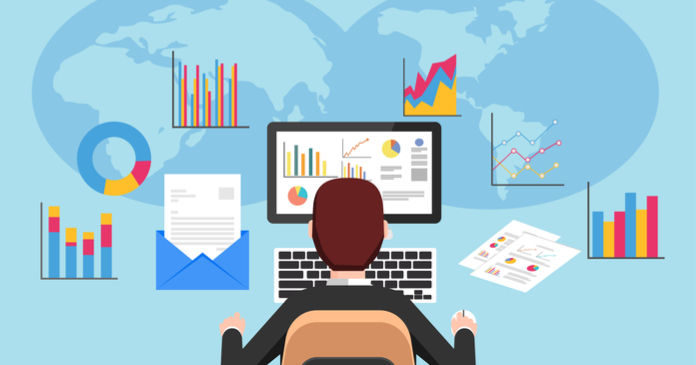 On January 22, Greg Willett and Adam Couch of RealPage presented their quarterly market update webinar. It covered the state of the economy and its impact on apartment demand, supply and occupancy. The webinar was a mix of a look back at 2018 and a look forward to 2019.

RealPage noted that absorption of new units rose in 2018. Absorption was at its highest level since 2018, with 323,000 units being absorbed. Apartment demand is driven by household formations which, in turn, is driven by job gains. In 2018, 2.4 million jobs were created including 284,000 manufacturing jobs.

Small business is a major driver of job growth in the US and small business optimism has been high. However, it started to fall off at the end of the year, just one of several factors contributing to uncertainty in the outlook for 2019.

Future job growth may be limited by the lack of available workers given that the number of job openings has exceeded the number of available workers in recent months. However, the labor force participation rate has been rising and is now up to 63.1 percent. This is up 0.4 percent for the year. Rising labor force participation may allow job growth to continue to be strong in 2019.

The tight labor market caused wage growth to pick up in 2018. It is now at 3.9 percent. Consumer confidence also rose in 2018, with the highest gains seen for lower income households. RealPage suggested that the confidence of upper income households may have grown less strongly due to recent volatility in the stock market given that these households have more exposure to the market. The government shutdown may also be impacting confidence.

The home ownership rate rose in 2018 and is now at 64.4 percent. As for many of the economic indicators cited by RealPage, the single-family home market softened at the end of the year. Going forward, rising mortgage rates may reduce home purchasing power, resulting in more people staying in apartments.

Overall, RealPage expects economic growth in 2019 to slow from its recent pace. In spite of this, they expect absorption to remain strong this year.

Despite the high level of new supply, apartment occupancy remained tight in 2018. It reached 95.4 percent in the fourth quarter, up by 0.4 percent for the year. The class A market segment has the lowest occupancy at 94.9 percent. Not coincidentally, this is also the market segment which has received the most new supply.

The class C market segment is especially tight, reaching 95.9 percent occupancy. This is up from 91 percent occupancy for this segment as recently as 2010. RealPage suggested that part of the strength of this market segment may be because some people who may have been residents of class B units in the past have now been priced out of those units and now are part of the class C resident pool.

For 2019, RealPage expects occupancy to soften slightly, coming in at 95.0 percent.

Resident retention is at 52.5 percent, matching the all-time high reached in 2015. Higher resident retention supports occupancy and contributes to the strong results discussed above. RealPage speculated that renters may be having trouble finding units they can afford and so are staying put. Higher retention supports stronger rent growth as renewals tend to have higher rent increases than new resident leases.

Investor interest in multifamily properties remains high. The year 2018 saw $164 billion in apartment sales, matching the all-time high seen in 2016. The price per unit reached $155,000. In the current cycle, the price per unit is up 85 percent while the rent per unit is only up 35 percent, putting downward pressure on cap rates. The average cap rate in 2018 was 5.6 percent, down from almost 7 percent in 2010. Cap rates have not ticked up despite the recent rise in interest rates, which would be expected to put upward pressure on cap rates.

There is more to the presentation including interesting graphs showing long-term trends and discussions of local markets. The entire presentation can be viewed as an on-demand webcast here.