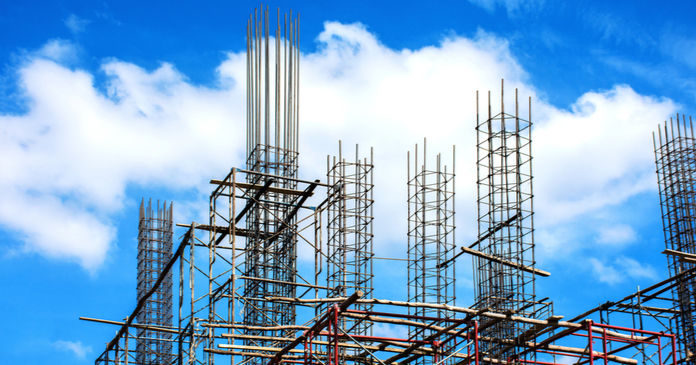 The Bureau of Labor Statistics (BLS) released its producer price index report for January, 2019. It showed that overall prices for processed goods for intermediate demand fell by 1.4 percent from December, largely driven by declines in energy prices. Prices for these goods were up 0.9 percent on a year-over-year basis. This compares with a 1.6 percent rise in the all-items consumer price index (CPI) for the 12 months ending in January.

The BLS price index of materials and components for construction was up 0.2 percent from December, 2018, and was 2.1 percent higher than a year earlier.

Multihousing Pro (PRO) compiled the BLS reported price changes for our standard list of construction materials. These are commodities whose prices directly impact the cost of constructing an apartment building. The two right hand columns of the table provide the percent change in the price of the commodity from a year earlier (12 Mo PC Change) and the percent change in price from December, 2018 (1 Mo PC Change). 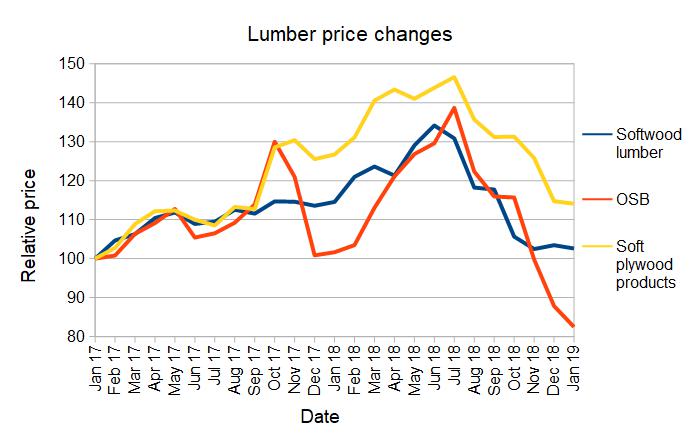 By contrast, the prices of certain other construction materials have been rising lately, particularly when viewed on a year-over-year basis. This is shown in the chart, below, which plots the relative price changes since July, 2017 for a selected group of construction materials. While prices for many of them were rising rapidly last spring, they have stabilized recently. Still, the prices for steel products bear watching. 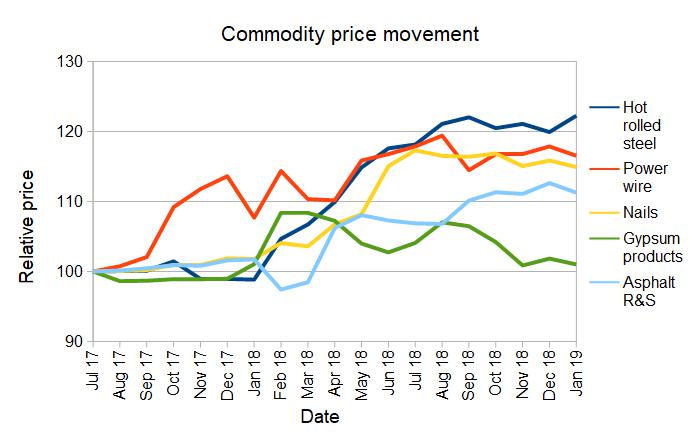