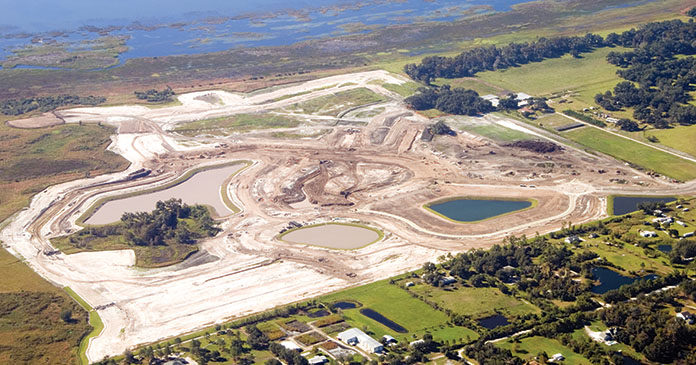 Over the last three years, a portion of the multifamily investment community has begun to look beyond urban centers like New York, Boston, and San Francisco. It is not that the fundamentals in these markets haven’t held up. If anything, they are continuing to flourish and the consensus is that whatever oversupply exists is inevitably temporary. Rather, for these investors, the primary markets have become a bit too competitive and too pricy.

With cap rates nearing three percent, there is precious little room for error. Initially, these investors began looking to markets on the periphery of cities and in the suburbs, especially in areas served by urban and suburban rail systems.

Increasingly, however, a growing group of multifamily investors is now looking farther afield, entertaining transactions in secondary and tertiary markets. As Capital One’s annual RealShare Apartments survey suggests, this trend is likely to continue through 2019.

Each fall, Capital One polls industry professionals to elicit their views on the direction of the market. The results for the last three years succinctly summarize this shift in focus from primary markets to secondary and tertiary ones. In 2016, almost half of our survey respondents saw the greatest opportunities going forward in urban markets, but this number dropped in our next two surveys to around 20 percent. During the same period, those seeing the greatest opportunities in secondary and tertiary markets rose from 20 percent to 40 percent.

The markets which investors chose to enter, in part, track the recovery from the recession. Cities like Denver, Nashville, and Austin were among the first to see their economies bounce back and, accordingly, to see sustained interest from outside investors.

For instance, it is not surprising today to see investors taking a close look at Austin, especially as rising home prices have pushed apartment demand to record levels. The results: vacancy levels are low, and rents are pushing steadily higher. Cap rates for high-quality assets now average around 5 percent.

More adventurous investors are currently targeting cities that have only recently emerged from the recession––places like Indianapolis, Oklahoma City, and Jacksonville. For instance, Jacksonville was the last major Florida market to feel the effects of the recovery, with multifamily development resuming in earnest only in 2014. Absorption continues to surpass pre-recession highs, pushing down vacancy and elevating rents. Cap rates are running in the 6 percent range.

Geographic proximity has also played a role in investor selection of specific secondary and tertiary markets. As prices rose in Boston, investors turned to the southern New Hampshire cities of Manchester, Nashua, and Portsmouth. The same phenomenon is also apparent in Phoenix. After several years of record rent growth in central Phoenix, investors and developers are seeking opportunities in surrounding cities like Chandler, Mesa, and Deer Valley, where they can find cap rates exceeding 6 percent.

Finally, multifamily investors are rediscovering cities like Omaha that have long flown under the radar. These are markets with sound fundamentals, a diverse and growing economy, and steady rent growth. They are not flashy, but they are reliable.

Making room for other markets

Not surprisingly given current economic and political dynamics, the respondents to Capital One’s 2018 RealShare Apartments survey expressed some uncertainty about the future. Fourteen percent refused to pick favorites, expressing a belief that opportunities for 2019 would be distributed across all markets.

Perhaps this more evenhanded view will gain more advocates. While it is likely that as the cycle progresses, the pendulum will start to swing back to urban markets, it is equally likely that the current enthusiasm for secondary and tertiary markets will have a lasting effect.

Having expanded their horizons and discovered opportunity outside the primary markets, investors are likely to find a permanent place in their portfolios for the most promising of these markets.

Author Brian Sykes is SVP at Capital One Multifamily Finance.