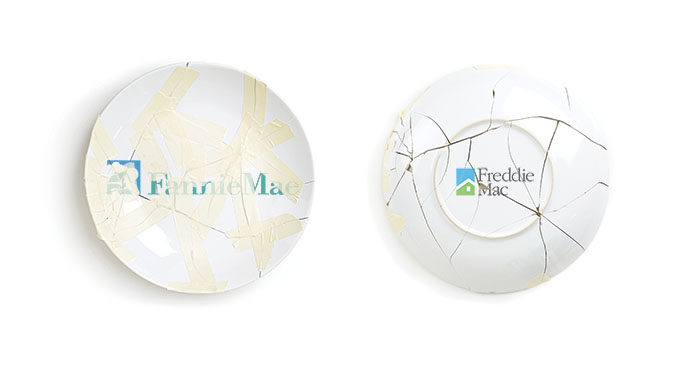 Now the Senate is stepping up. Senate Banking Committee Chairman Mike Crapo (R-Ida.) said he is making housing finance reforms a key focus area for the committee and released an outline he said any reform legislation should follow. “The outline incorporates elements of many plans and principles for housing finance reform legislation that have been discussed by legislators, analysts, stakeholders and thought leaders,” he said.

He called the current system “flawed,” and said his priorities are to establish stronger levels of taxpayer protection, preserve the 30-year fixed rate mortgage, increase competition among mortgage guarantors, and promote access to affordable housing.

The three-page outline covers the form, operations, and regulating of guarantors, the role Ginnie Mae would play, transition into the new system, and provisions for affordable housing.

Crapo says guarantors will be private companies which will guarantee the timely repayment of principal and interest to investors in mortgages securitized through a platform operated by Ginnie Mae. Insured depository institutions will not be permitted to fill this role. Guarantors will provide guarantees on eligible mortgages securitized by primary market participants or issuers and buy them from the primary market through a cash window and securitize them through the Ginnie Mae platform.

Guarantors would be able to hold mortgages in portfolio only to the extent necessary to the business of securitizing and guaranteeing mortgage-backed securities and will be able to guarantee no more than a to-be-determined percentage of all those outstanding. The GSEs will be private guarantors although their multifamily businesses will be sold and operated as independent guarantors.

Guarantors will not be permitted to offer volume-based discounts on the guarantee fee or other terms and will be required to maintain a minimum ratio of capital. FHFA will be allowed to establish additional capital requirement and to require guarantors to engage in approved credit risk transfers (CRTs).

A mortgage eligible for purchase, securitization and guarantee will generally meet those requirements for qualified mortgages and will not exceed conforming loan limits.

The single director structure of FHFA will be changed into one with a bi-partisan board of directors. It will charter, regulate and supervise guarantors, set prudential regulatory standards, and approve guarantors’ pricing. FHFA will also be permitted to establish standards for CRT structures and maintain existing resolution authorities for insolvent guarantors which will be allowed to fail. It will have authority to require a guarantor to devest holdings if mortgages exceed percentage maximums or if the guarantor constitutes a “grave threat to the financial safety, soundness, or stability of the U.S. financial system.”

In addition to operating the securitization platform and guaranteeing repayment of principal and interest on securities that receive credit enhancement from guarantors, Ginnie Mae will provide a catastrophic government guarantee at the security-level to cover tail-end risk, backed by the full-faith and credit of the United States. It will operate a mortgage insurance fund (MIF) with a specified reserve ratio as a percentage of the outstanding guaranteed securities. The MIF will be funded through insurance premiums paid by guarantors and should it be depleted and need to draw on the U.S. Treasury, premiums will be raised to reimburse taxpayers and rebuild the fund.

Deadlines will be established for enforcing the cap on percentages of guaranteed mortgages and for achieving the required capital ratios.

Technology and infrastructure being developed as part of the Common Securitization Platform may be sold or transferred to Ginnie Mae.

FHFA, with the consent of Treasury, will have the authority to postpone deadlines if FHFA submits a report to Congress, and the Chair of FHFA and the Secretary of Treasury both agree and testify before Congress as to why a delay is necessary.

Current affordable housing goals and duty-to-serve requirements will be replaced with a new Market Access Fund, which will provide grants, loans, and credit enhancement to address the homeownership and rental housing needs in underserved and low-income communities. This fund as well as the Housing Trust and Capital Magnet Funds will be funded through an annual assessment of 10 basis points of the total annual loan volume guaranteed by each guarantor.

While the outline mentions the GSEs only in passing, in a press release accompanying it Crapo said that after ten years in conservatorship they, along with Ginnie Mae, dominate the mortgage market, with more than two-thirds of mortgages backed by the federal government. “These government-sponsored entities are currently earning profits, but if the housing market experiences a downturn-and it will-taxpayers could again be on the hook for billions of dollars. This perpetual conservatorship is not sustainable, nor is it in the best interest of consumers, taxpayers, investors, lenders or the broader economy,” he said.

“We have engaged in a robust process over the past several Congresses on housing finance reform, holding many hearings, briefings, meetings and negotiations,” Crapo added. “The time is now to resolve this issue and I look forward to working with my colleagues as we move forward.”

Randy Noel, chairman of the National Association of Home Builders issued a statement on behalf of his organization commending Crapo for attempting to move the housing reform debate forward. The statement also said, “Momentum on overhauling the housing finance system is clearly growing, as the administration is also looking to move forward on this issue.”