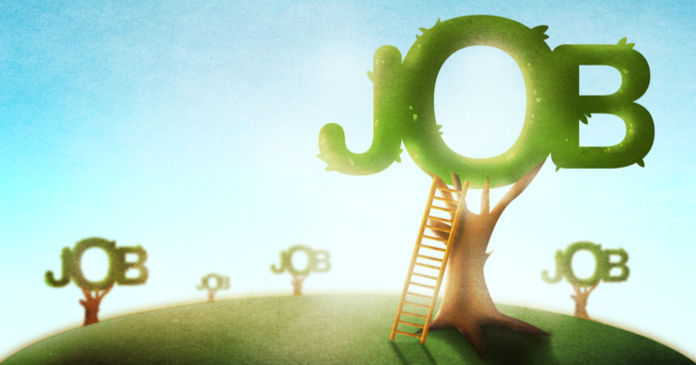 The Job Openings and Labor Turnover (JOLT) report for December was released by the Bureau of Labor Statistics (BLS) Tuesday. Its data on the parts of the job market of interest to the multifamily industry, real estate management and construction, show employment gains in both areas.

The BLS reported that there were 7.3 million job openings, both private sector and government, at the end of December.  This is the highest number ever reported since the BLS began compiling this data. An earlier report from the BLS had pegged the number of unemployed people at 6.3 million, so there continue to be more jobs available in the economy than there are people to fill them.

Hires again exceeded separations for the month, so that total employment rose during December. The BLS reported that the economy has added 2.6 million jobs in the last 12 months.

Multifamily job growth is tracked in a part of the jobs market the BLS calls “real estate and rental and leasing” (RERL), which also includes similar businesses in other industries. The jobs data for this segment showed a continuation of the strength that has been evident since last August. The following chart shows the recent data for the RERL jobs market. 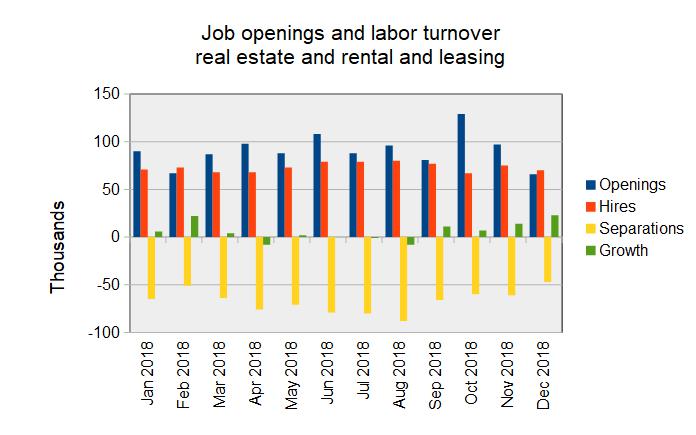 Hiring remained in line with its recent levels but employment rose due to fewer people being separated from their jobs. Within separations, the number of people quitting their jobs fell for the fourth month in a row. After an uptick last month, the number of people reported as being laid off in December returned to a value more in line with its average over the last 6 months. 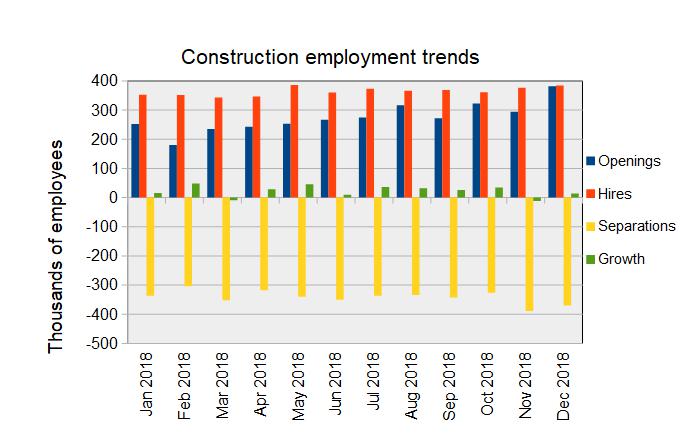 The final chart, below, shows long-term trends in the construction jobs market based on three month moving averages of hires, openings, layoffs and quits. While hiring has remained steady, openings have been surging for the last year. While construction job openings often decrease into the fall and winter, that pattern seems to not be occurring this year. 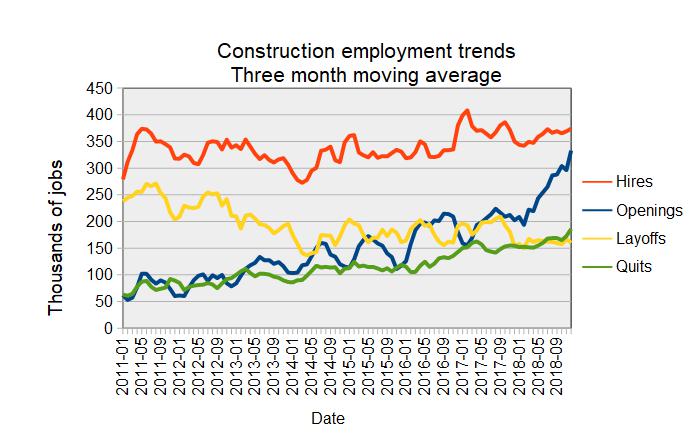 The chart also shows that quits continue to exceed layoffs as a cause of the loss of workers. This is much different than the post-recession pattern for the construction jobs market, but it makes that market more like the rest of the private sector. For the private sector as-a-whole, quits outnumber layoffs as a reason for job separations by 2 to 1. The construction jobs market has a way to go before it gets to that level, but it may be becoming more like the rest of the jobs market where it takes a while to hire a new employee and companies try to hold on to good workers. Firms that were used to staffing up for a project at short notice and then cutting the workers loose when the project was complete may have to adjust.