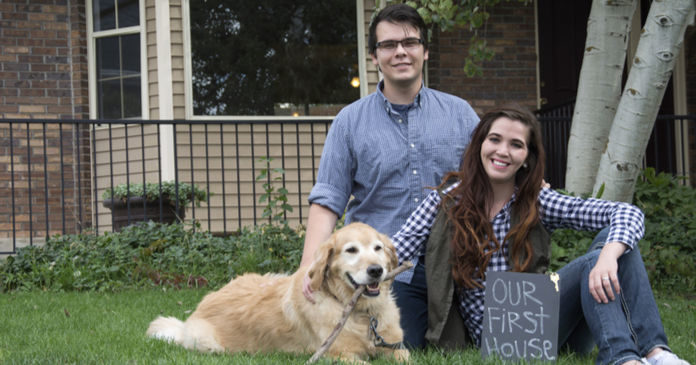 Millennials are sometimes seen as the “forever renter” generation. Their high levels of student loan debt, their late age for getting married and starting families and their preference spending their money on experiences rather than things all argue for them renting rather than buying their homes. However, a new report from Realtor.com indicates that Millennials are moving strongly into home ownership.

The report used mortgage loan originations as a proxy for home purchases. It looked at the age of the person(s) taking out the loan and sorted the results into the Greatest Generation (born before 1946), Baby Boomers (born between 1946 and 1964), Generation X (born between 1965 and 1981) and Millennials (born between 1982 and 2000).

The data show that in January 2017, Millennials became the age group with the highest number of mortgage originations, representing about 40 percent of the total. They overtook the mortgage origination volume of generation X, who had taken out nearly 50 percent of new mortgages as recently as 2013. The trend lines are shown in a chart reproduced from the report below. 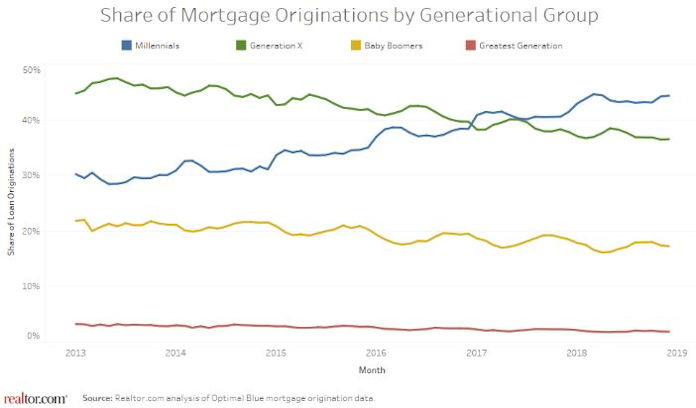 Where are they going?

The report identifies real estate markets where Millennials represent the highest share of mortgage originations. It finds that they tend to be secondary markets where the homes are relatively affordable. The top 5 markets are Buffalo, Pittsburgh, Milwaukee, Cincinnati and Columbus, Ohio.

The report includes other information on things like average purchase price and down payment as well as on the markets where baby boomers and generation X’ers take out the largest share of mortgages. The full report can be viewed here.

While Millennials may finally be moving into home ownership, census data indicate that they are still overwhelmingly renters. One-year estimates from the 2017 American Community Survey, the latest available, show that two thirds of households headed by Millennials rent their homes. However, home ownership rates vary strongly by the type of household, as shown in the following chart. 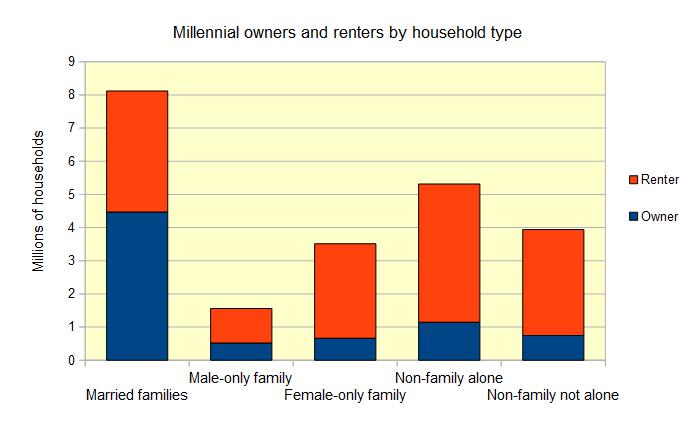 Married couples are by far more likely to own their homes than are the unmarried, whether living in a family group or not. So, if your Millennial renters are planning on getting married, there is a good chance that you will be losing them to home ownership, particularly if the homes in your area are relatively affordable.