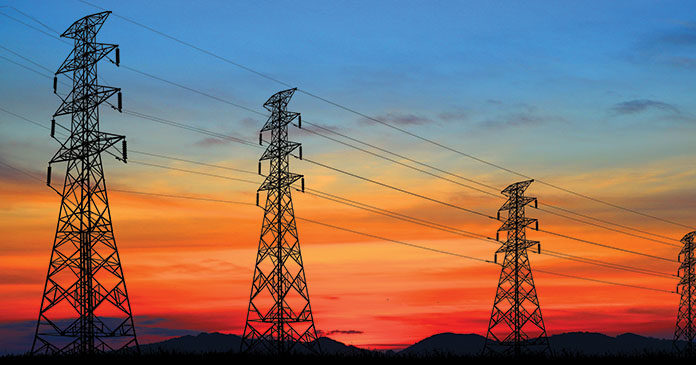 Momentum is slowly building behind new rate designs that focus on customer costs and meeting system needs, but some say it’s too slow.

Pilot programs have shown smartly designed residential time-of-use (TOU) and other time varying rate structures can effectively shift power consumption away from peak demand and drive significant savings for both customers and utilities. But concerns about whether such rate structures are good for all customers remain. And doubts about whether they can be designed and implemented both fairly and effectively are emerging.

A new idea is to vary the price of kWhs, making the price higher for residential customers during peak demand, and lower at other times, allowing for more precisely pricing kWhs at what they cost.

With today’s flat per-kWh rates, “customers who use the grid more during peak demand are underpaying for the costs of meeting that demand,” Brattle Group Principal Ahmad Faruqui said. “Customers who use the same kWhs during off-peak times pay the same bill and are subsidizing the others. TOU rates can redress that inequity.”

Three big questions about TOU rates have delayed large-scale implementation: Can well-designed TOU rates save customers money and reduce utilities’ peak demand? Will customers be able to negotiate the differences between peak and off-peak prices? What about customers with limited flexibility and special needs? The answers to all three have so far come from limited pilot programs.

And if those answers are helpful to utilities and their customers, many will want to know why it has taken so long to put them to work. The short answer is that resolving consumer advocates’ doubts about fairness and utility planners’ doubts about rate design is complicated.

Most utilities have not moved to default time varying rates, which require customers to participate or opt out, because regulators assume customers cannot understand them and do not have the technology to manage them, Faruqui said. But Brattle’s survey of customer responses to over 300 time varying rates in 62 pilots shows sufficiently prepared customers “understand and respond” to such rates.

“About half of U.S. investor-owned utilities have optional time varying rates for residential customers,” he said. New programs are being tested or talked about in at least ten states, but at present only 1.7 percent of all residential customers have chosen to use them.

California’s implementation of default TOU rates to over 20 million consumers, now scheduled for 2019 and 2020, shows why it takes so long.

SMUD found “high customer satisfaction, low opt out rates and significant load shifting, all the things a TOU rate is supposed to do,” Murtishaw said. The “empirical data and incredibly well-designed pilot showed the naysayers and skeptics that customers respond and TOU rates can matter.”

In 2015, the CPUC ordered the state’s three investor-owned utilities to transition to default TOU rates by 2019. Their 2018 pilots included over half a million consumers and over 90 percent continue to use a TOU rate.

But utilities and regulators are still moving cautiously because any rate design change will have winners and losers, Faruqui said. The solution is to “implement change gradually, demonstrate how customers can benefit and offer options,” Faruqui said. “Customers can’t continue consuming more power than they pay for. That’s the only reason to change traditional rates.”

A “mountain of evidence” shows customers respond to TOU rates, Faruqui said. “On average, residential customers reduce their on-peak usage by 6.5 percent for every 10 percent increase in the peak-to-off-peak price ratio.”

With advanced metering infrastructure and other enabling technologies, the average impact is greater, with customers reducing their peak usage “11.1 percent for every 10 percent increase in the price ratio.”

Data from 2015 California voluntary TOU pilots did not confirm this, according to June 2017 CPUC testimony by attorney Marcel Hawiger for customer advocacy group The Utility Reform Network (TURN). It showed bill reductions for only 10 percent of Pacific Gas and Electric (PG&E) participants and for only 5 percent to 15 percent of Southern California Edison (SCE) customers.

The pilots also showed a rate transition would likely cause greenhouse gas emission (GHG) reductions of “less than 1 percent of the GHG reduction the commission endorsed,” and energy efficiency produces greater GHG reductions without any threat of bill impacts, he added.

TURN has long opposed TOU rates and advocated for California’s tiered rates, Hawiger said. “With tiers, customers who use less electricity than average pay the lowest rate and the rate rises with usage. With TOU rates, customers who use less on average pay more than on tiered rates because they tend to need electricity during high-priced peak periods.”

TOU advocates say customer education will resolve Hawiger’s concerns. A hypothetical “shadow” bill ahead of TOU rate implementation shows customers their potential savings, Faruqui said. “Bill protection” guarantees transitioning customers they will be required to pay no more with TOU rates than with their former rates.

“Utility messaging should sell the rate as an opportunity to save money, by emphasizing the lower off-peak price and not the higher peak price, like a daily energy sale,” Faruqui said.

Effective customer education and the power of marketing worked for Oklahoma Gas and Electric, Faruqui said. “It got 20 percent of its customers to choose an optional time varying rate with five different prices by offering a chance to save money and providing a free smart thermostat.”

Effectively directing customer education is critical, according to a recent Ohio State University study. Customers tend to participate in such programs because they think they will save, Professor Nicole Sintov said.

But California’s enormously costly customer education efforts have left Hawiger skeptical. “I have seen little evidence of significant behavior change except for calls for conservation during the 2000-2001 energy crisis,” he said. “That took a crisis and daily multimedia appeals from the governor.”

Pilots do show limited behavior changes, he acknowledged. “TOU rates may produce modest peak and GHG reductions, but is that better than the conservation from tiered rates? TOU rates should be optional for customers who can afford enabling technologies and can benefit from them.”

Low and moderate income (LMI) customers are especially disadvantaged by TOU rates, Hawiger said. There is not a perfect correlation, but LMI customers tend to use less electricity, on average, “and we prefer tiered rates because they protect affordability for low usage customers.”

But the threat to LMI customers from default TOU rates “is overstated,” SCE Senior Advisor for Regulatory Affairs Andre Ramirez said. “All subsidies to special needs customers under tiered rates will still be available. And the new rates were carefully designed. That is why it is taking so long.”

Energy usage is influenced by “many factors,” including “climate and household size,” the CPUC final decision ordering default TOU rates, reported. “The evidence in this proceeding shows a weak correlation between income and usage.”

Faruqui’s work showed greater benefits from TOU rates if customers have access to enabling technologies like smart thermostats, smart appliances or solar-plus-storage systems. But that is “unrealistic” for LMI customers because most do not have access to, or cannot afford, enabling technologies, and there is not sufficient funding or the political will to provide them, Hawiger said.

One of the less widely recognized reasons for the slow implementation of TOU rates is that smart technology requires more than hardware, Navigant Director Lon Huber said. Huber-designed TOU rates are being implemented by Xcel Energy Minnesota and Liberty Utilities in New Hampshire.

“Back office data collection capabilities and communication channels to customers are also necessary,” Huber said. “The readiness to implement is not as widespread as it may seem.”

The difficulty of moving customers away from tiered rates is real, he added. But tiered rates are bad for integrating renewables and for transportation electrification, and they may not lower bills for LMI customers in poorer quality housing who use electricity for heating and cooling.

The argument that TOU rates unfairly punish LMI customers “can persuade regulators and legislators,” former CPUC staffer Murtishaw said. “But it is paternalistic to say they can’t adjust their thermostat or change when they use energy. And not charging more for using energy when system costs are higher is a subsidy.”

California’s proposed TOU rates are extremely diluted, with a peak to off-peak ratio of less than 2 to 1, Faruqui said. “If they do not increase the differential, it will be a humongous setback because there is little chance of significant peak demand savings and bill savings.”

In this first step toward TOU rates, if California’s TOUs do not provide “a price signal effective enough to change customer behavior, what is the point?” SCE’s Ramirez asked. “But if the price signal is so high it creates a rate shock, customers will opt out and never consider new rates again. Customer satisfaction is critical.”

Using a modest differential as an interim step is viable, Faruqui agreed. “Customers should be told it is the first step of a journey, and they should be told the reasons to prevent unrealistic expectations about bill savings that lead to disenchantment.”

But the peak to off-peak price differential agreed to in the CPUC settlement, which locks new rates in place through 2024, “is so anemic there is a risk of a backlash,” Faruqui said. “That is what led to the Puget Sound Energy fiasco in 2001.”

Puget Sound Energy (PSE) “defaulted 300,000 customers to TOU rates on the promise they would see bill savings,” he said. “But the differential was too small, and they saved next to nothing. In a backlash, 10 percent of customers quickly opted out, PSE shut the program down, and it set the industry effort on TOU rates back by a decade.”

That is the backlash California may be moving toward, “and it involves ten million meters,” Faruqui said. “One of the key lessons from the PSE experience it that customers should not be asked to make a change of any kind unless it will make them better off.”