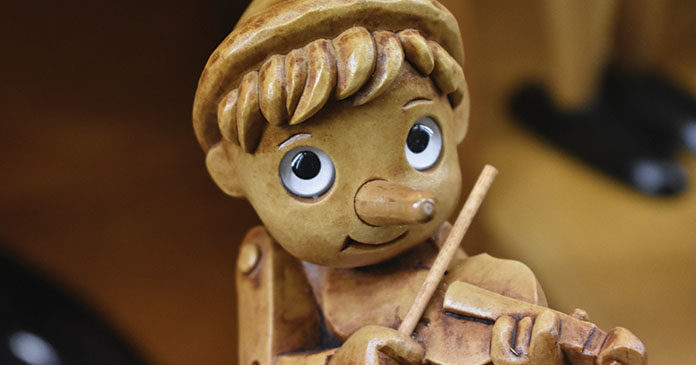 Some researchers point to group decision-making processes or psychological traps that snare leaders into justification of unethical choices. Certainly those factors are at play, but they largely explain dishonest behavior at an individual level and I wondered about systemic factors that might influence whether or not people in organizations distort or withhold the truth from one another.

We analyzed 3,200 interviews that were conducted as part of 210 organizational assessments to see whether there were factors that predicted whether or not people inside a company will be honest. Our research yielded four factors—not individual character traits, but organizational issues—that played a role. The good news is that these factors are completely within a corporation’s control and improving them can make your company more honest, and help avert the reputation and financial disasters that dishonesty can lead to.

The stakes here are high. Accenture’s Competitive Agility Index—a 7,000-company, 20-industry analysis, for the first time tangibly quantified how a decline in stakeholder trust impacts a company’s financial performance. The analysis reveals more than half of companies on the index experienced a material drop in trust—from incidents such as product recalls, fraud, data breaches and c-suite missteps—which equates to a minimum of $180 billion in missed revenues. Worse, following a drop in trust, a company’s index score drops 2 points on average, negatively impacting revenue growth by 6 percent and EBITDA by 10 percent on average. To guard your organization’s integrity, pay attention to these four factors.

A lack of strategic clarity

When there isn’t consistency between an organization’s stated mission, objectives, and values, and the way it is actually experienced by employees and the marketplace, we found it is 2.83 times more likely to have people withhold or distort truthful information. As one interviewee put it, “Our priorities change by the week. Nobody wants to admit we’re in trouble, so we’re grasping at straws. We don’t know who we are anymore, so we’re just making things up.” Organizations in situations like this often double down on outdated strategies or reflexively reach for unrealistic strategic aspirations. They tout values and missions to rally confused employees. When employees perceive duplicity between their organization’s stated identity and actions, they eventually follow suit. Tesla offers a painful example. The company, now under criminal investigation for misleading investors, overpromised its production targets for its Model 3. As CEO Elon Musk continued to promise hitting his 5,000 vehicles per week target, issues of worker injury, safety and stress came to light.

When an organization’s processes for measuring employee contributions is perceived as unfair or unjust, we found it is 3.77 times more likely to have people withhold or distort information. We intentionally excluded compensation in our research, because incentive structures can sometimes play disproportionate roles in influencing behavior.

We simply looked at how contribution was measured and evaluated through performance management systems, routine feedback processes, and cultural recognition. One interviewee captured a pervasive sentiment about how destructive these systems can be: “I don’t know why I work so hard. My boss doesn’t have a clue what I do. I fill out the appraisal forms at the end of the year, he signs them and sends them to HR. We pretend to have a discussion, and then we start over. It’s a rigged system.”

Our study showed that when accountability processes are seen as unfair, people feel forced to embellish their accomplishments and hide, or make excuses for their shortfalls. That sets the stage for dishonest behavior. Research on organizational injustice shows a direct correlation between an employee’s sense of fairness and a conscious choice to sabotage the organization. And more recent research confirms that unfair comparison among employees leads directly to unethical behavior.

Fortunately, our statistical models show that even a 20 percent improvement in performance management consistency, as evidenced by employees belief that their contributions have been fairly assessed against known standards, can improve truth telling behavior by 12 percent. What we observed was that organizations where accountability systems were viewed as fair and just had standardized processes where employees both give and receive regular feedback.

When there is no effective process to gather decision makers into honest conversations about tough issues, truth is forced underground, leaving the organization to rely on rumors and gossip. Meetings are often seen as a waste of time because it’s often unclear why they’re taking place or who gets to make decisions. In one study, 71 percent of senior managers viewed meetings as unproductive and inefficient. We found that when effective governance is missing, organizations are 3.03 times more likely to have people withhold or distort information.

But our statistical models show that even a 23 percent improvement in governance effectiveness, as evidenced by widespread understanding of how decisions are made and by whom, yields a 10 percent improvement in truth telling behaviors. Organizations with well-designed governance have standing meetings with clear decision rights, and set the expectation that those participating be honest, especially with bad news or dissenting ideas. When meetings don’t adhere to broader governance design, or are no longer needed, they are eliminated.

Silos aren’t just annoying to work across; they’re an impediment to honesty. When cross-functional rivalry or unhealthy conflict is left unaddressed, an organization is 5.82 times more likely to have people withhold or distort truthful information. Fragmentation, especially across divisional lines, creates dueling truths, resulting in one side having to prove they are right, and the other wrong. Divisional loyalties paint those outside the team as an enemy to be feared, resented, or blamed.

At one of our former clients, conflicting objectives set in motion cross-departmental tensions that led to an integrity disaster. The head of supply chain was given a $19.5M capital investment to overhaul a plant and triple its production. At the same time, marketing cut its budget to help fund the investment, and sales divided its quota territories to raise top-line performance. The result was divisions with competing objectives and excess product from a more productive supply chain that was bottlenecked getting to market. Two years later, the organization was indicted for channel stuffing.

Because the factors are cumulative, an organization afflicted with all four is 15 times more likely to end up in an integrity catastrophe than those who have none. But that doesn’t have to be the case. By taking aim at these four issues, you can make it far more likely that your company will create the culture of honesty you, your employees, and your customers eagerly want.

Excerpt Ron Carucci is co-founder and managing partner at Navalent. He is the best-selling author of eight books, including the recent Amazon number one best-seller, Rising to Power.