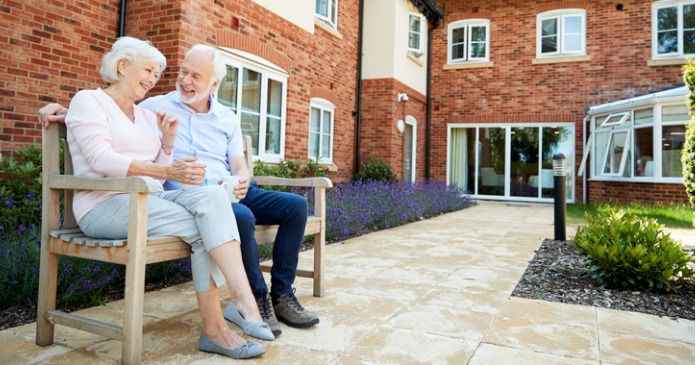 For purposes of this study, the population was divided into three age groups, those age 34 and under, those 35 to 59 and those 60 and over. It analyzed data from the Census Bureau’s American Community Survey (ACS) in order to see how the home owning and renting populations changed in the 10 year period from 2007 to 2017. The year 2017 was chosen since it is the latest year for which ACS data is available. The report then projected how the renting population is likely to evolve in the years ahead.

A surprising result from the report is illustrated in a chart which we have reproduced, below. It shows that the population of renters over the age of 60 increased faster than that of the other two age groups studied over the 10 year period ending in 2017. This was true in relative terms, with this group growing by 43 percent. The next fastest growing group was that of renters between the ages of 35 and 59, which grew by 17 percent. It was also true in absolute terms, with the number of renter households headed by someone 60 or older growing by 2.82 million. Renter households headed by someone between the ages of 35 and 59 grew by 2.79 million. 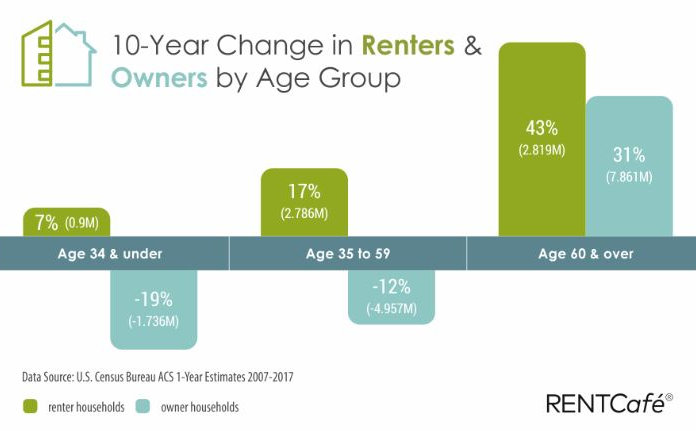 The report also contains information on the cities with the oldest median ages for their populations and on the cities with the highest portion of renters aged 60 or older. The top 5 in the former category are Cape Coral, Florida (47.9 years); Hialeah, Florida; Scottsdale, Arizona; Pompano Beach, Florida and Carlsbad, California. The top 5 in the latter category are Glendale, California (34.6 percent); Peoria, Arizona; Waterbury, Connecticut; Hialeah, Florida and Santa Rosa, California.

One factor to consider in contemplating this data is that the report does not distinguish between renters of single-family homes and multifamily renters. It would be interesting to see that data added to the report.

The report also has population composition data on 300 communities across the United States. The full report is available here.

For earlier coverage on coming changes to the renting population click here.