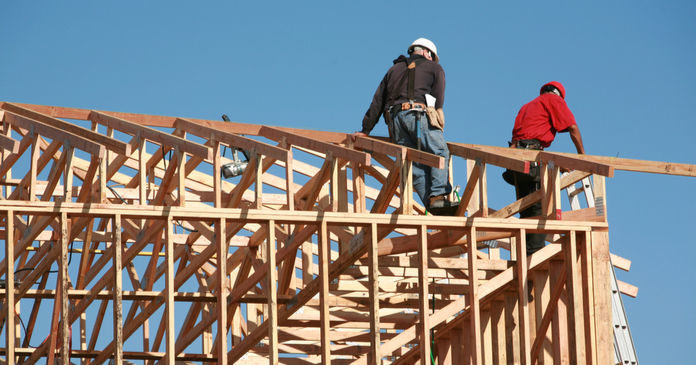 This week, the Bureau of Labor Statistics (BLS) released its Job Openings and Labor Turnover (JOLT) report for February. Its data on the parts of the job market of interest to the multifamily industry, real estate management and construction, show employment gains in the former category but a small loss in employment in the latter.

The BLS reported that there were 7.1 million job openings, both private sector and government, at the end of February. This number is down from the 7.6 million openings reported last month and represents 4.5 percent of the labor force. Since the March unemployment rate came in at 3.8 percent, there continues to be more jobs available in the economy than there are people to fill them.

Multifamily jobs are tracked in a part of the jobs market the BLS calls “real estate and rental and leasing” (RERL), which also includes similar businesses in other industries. The jobs data for this segment showed growth again in February with the pace picking up from that reported last month.

Job openings in the RERL sector dropped precipitously in February, which may have as much to do with the anomalously high level of openings reported in January as it did with a sudden weakness in the market for RERL personnel. Despite a drop in reported hiring, hires easily outpaced separations resulting in the largest increase in RERL employment since February, 2018.

The decrease in separations in February was largely driven by fewer people quitting their jobs. Reported quits was at its lowest level since November, 2017. Reported layoffs, on the other hand, were in line with their average level for the preceding three months and were slightly above the levels reported in the middle of last year.

The following chart shows the employment data for the RERL jobs market for the last 13 months. Note that February data are considered preliminary and may be revised next month. 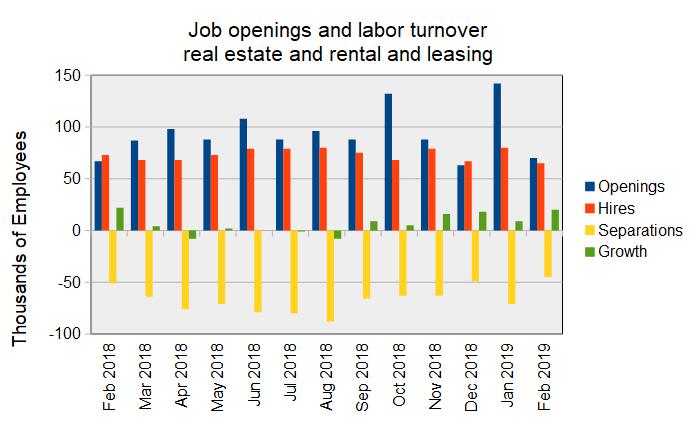 The construction jobs market showed a drop in both job openings and hires from the levels reported for January. However, it should be noted that the January figures were adjusted upward from the preliminary values reported last month, heightening the differences. In spite of a decrease in reported separations, the JOLT report shows a small net loss of construction jobs during February. 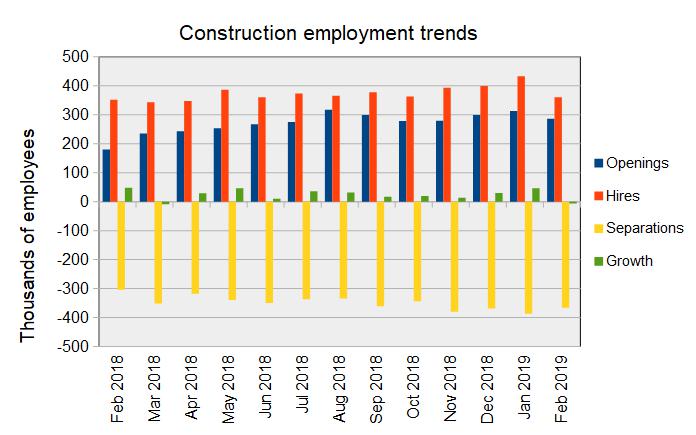 The final chart shows the long-term trends in the construction jobs market, based on three month moving averages of the figures in the JOLT reports. It tells a story of continued strength in the construction jobs market with openings and hiring at high levels. The one cause for concern is the upward trend in the number of reported layoffs, although the number is still not high by recent levels. On the other hand, the rising level of reported quits implies that workers feel that there are better prospects available to them than their current positions. 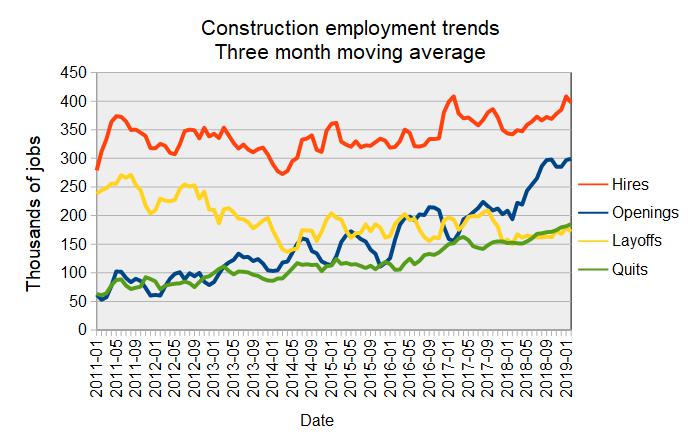