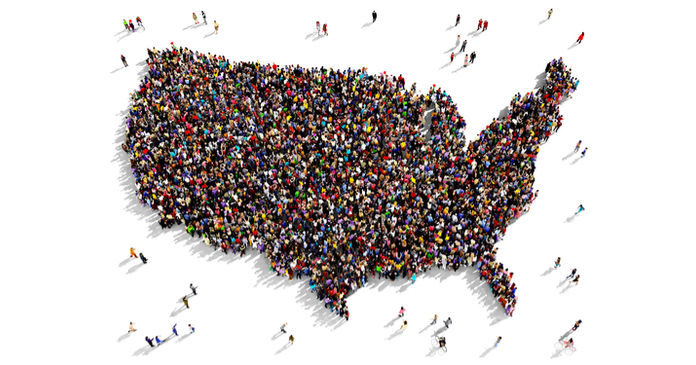 Where the population growth is

And “larger metropolitan areas” is a relative term. The smallest metropolitan statistical area had a population of just under 56,000 people in 2010.

Forty of the MSAs defined by the Census Bureau saw population increases of more than 100,000 people from 2010 to 2018. The MSA that saw the largest population growth was the Dallas-Ft. Worth-Arlington metro area, which added 1,113,489 people. The top ten metros for population growth between 2010 and 2018 are shown in the following table

Of these MSAs, the ones with the highest percentage population growth from 2010 to 2018 are Austin at 26.3 percent, and Orlando at 20.5 percent. All of the MSAs listed in the table saw double digit population growth on a percentage basis except for Los Angeles, where growth was only 3.6 percent, well below the national average.

And where it is not

Of the 51 MSAs with populations over 1,000,000 people in 2010, 5 lost population between 2010 and 2018, just under 10 percent of this group. They are Rochester, NY; Buffalo, NY; Hartford Conn.; Cleveland, Ohio and Pittsburgh, Pa. Interestingly, Detroit and Baltimore, which are the poster children for population loss, managed to gain population in their MSAs between 2010 and 2018. However, this may be due more to growth in the outlying areas of the MSAs rather than to population increases in the cities themselves.

It would appear from this report that the concentration of the American population into the larger metropolitan areas continues apace.

The Census Bureau’s news release can be found here.