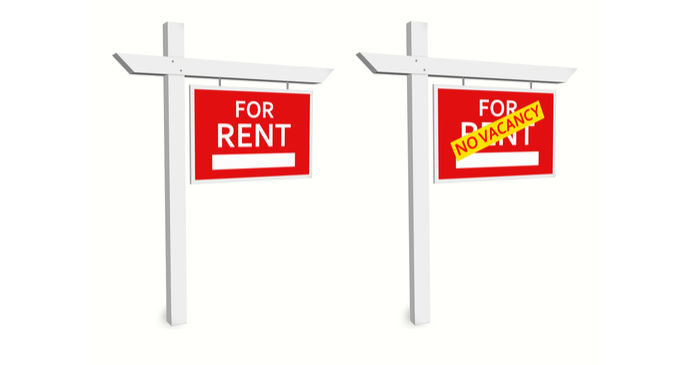 The Census Bureau recently released its report on annual housing vacancies. The report looks at vacancies for both units owned as rentals and units owned for owner occupancy. While it does not separate out multifamily and single-family rentals, it gives a high-level view of how tight the market for rental housing is.

Looking at the big picture

The history of the national annualized vacancy rate for units owned as rentals is illustrated in the chart, below. The time period covered by this chart spans the recent recession. The chart shows that the vacancy rate peaked during the downturn and has been on a generally downward course since then, except for the uptick in 2017.

The country-wide rental vacancy rate in the 75 largest Metropolitan Statistical Areas (MSA) was 6.7 percent in 2018, according to the Census Bureau. This is down from the recent high of 10.7 percent measured in 2009, but is still above the recent low of 6.5 percent seen in 2016.

Where things are tight

The national data hides significant variations in rental vacancy rates across the country. In the 75 largest metro areas covered by the report, the vacancy rate ranges from a low of 1.8 percent in Fresno, Calif., to a high of 17.9 percent in Charleston, S.C.

And where things are not

Most of the data in the Census report is presented in the form of Excel spreadsheets. They can be found here.