“Get me a good package on rent stability this year and I will sign it,” Newsom said in his State of the State address in February. This wouldn’t be the first time the state legislature has overturned the will of the voters who overwhelmingly struck down rent control in November.

Conservation is California’s solution to its water scarcity problem. Oddly enough, the state is in the midst of one of the largest dam dismantling projects in history. This is still not a reason to limit residential growth, suggest legislators.

California is the 5th largest economy in the world. It grew 4.7 percent in 12 months ending in February (the national rate was only 2.8 percent).

California leads the nation in homeless with 134,000 people without shelter—a quarter the nation’s entire homeless population. Of the state’s homeless, 35,000 are severely mentally ill.

Over a fifth of Californians spend over half their income on housing. For decades California hasn’t built enough housing to keep up with its population. The state housing department estimates that the state needs 180,000 new housing units a year to maintain stable prices. Over the last decade new construction has averaged less than half of that.

Affordable housing death march: rent control. “Rent control is unconstitutional because it is an egregious and uncompensated physical occupation of property,” said George Will. It’s where property owners receive “no compensation for being coerced into privatized welfare.” Stanford’s study shows that apartments are removed from inventory when rent control is enacted.

Extreme environmentalism mandates, the high cost of building permits (often as much as construction materials), unchecked immigration, restrictive zoning, and numerous court orders are just some of the policy-related challenges facing California builders according to Sue Frost, a Sacramento County Supervisor, speaking to a taxpayers group recently. 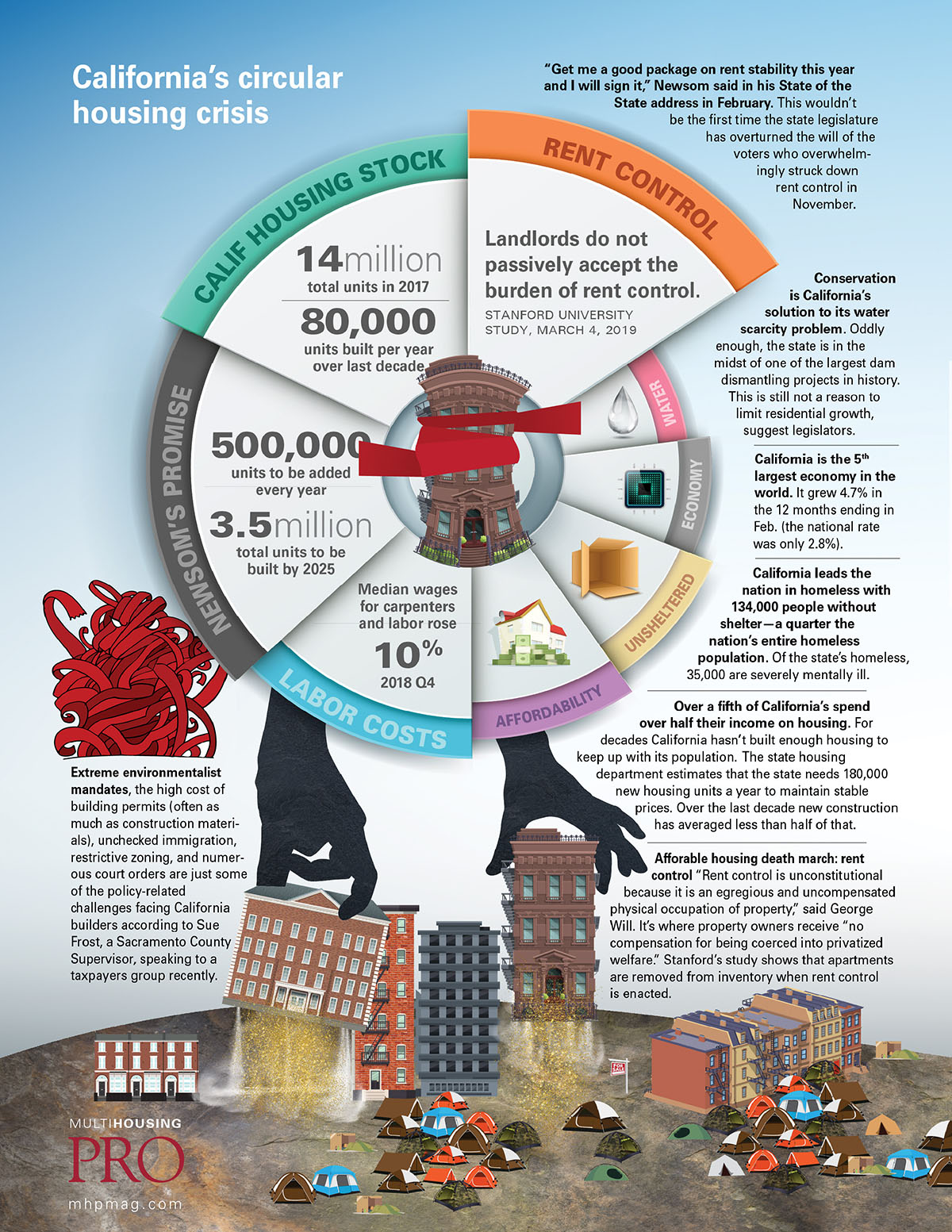 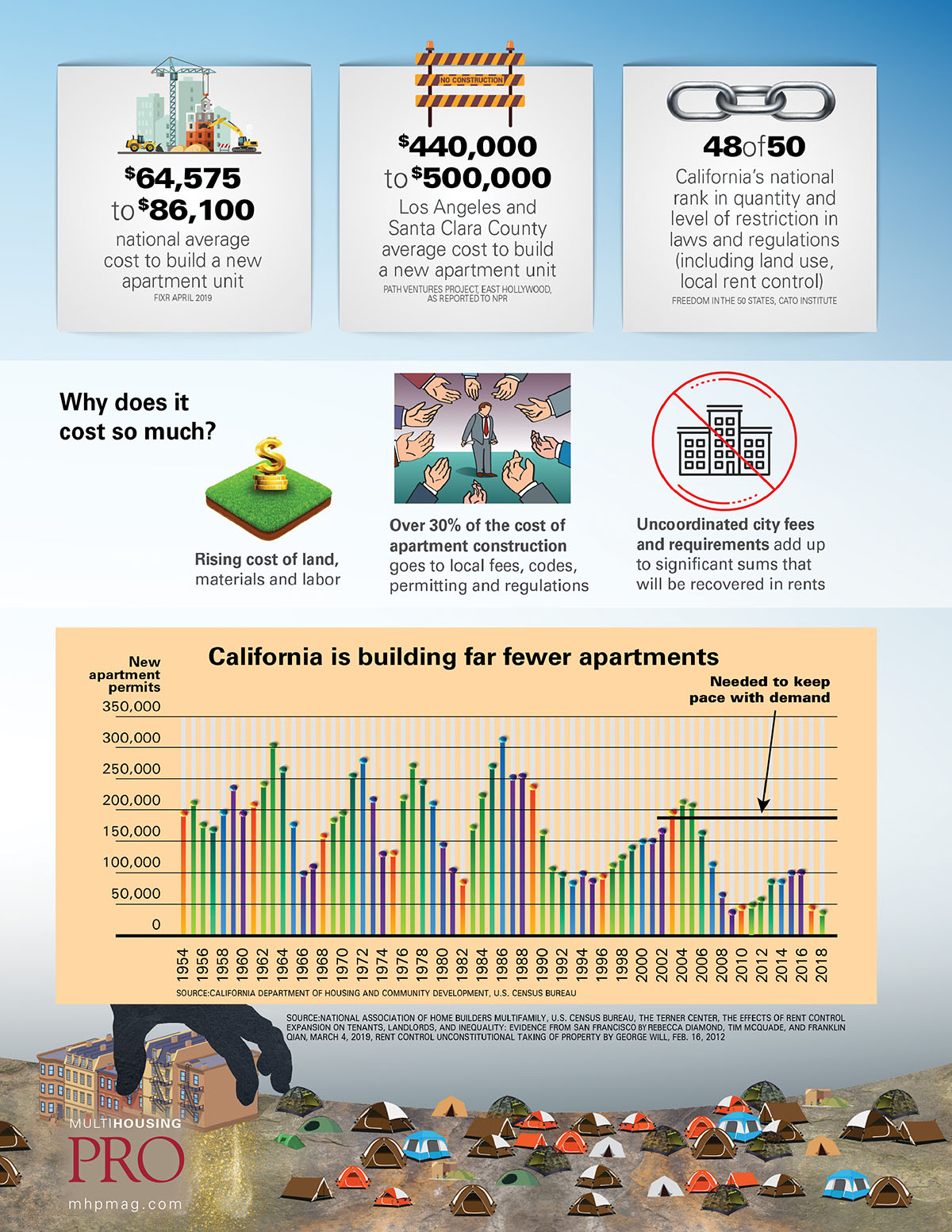