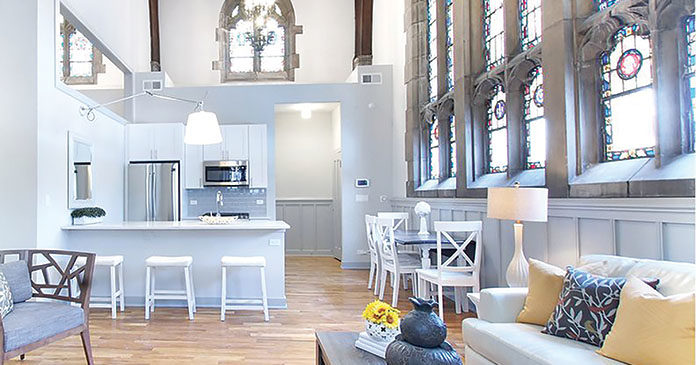 A Chicago developer who converted one of the oldest churches in Logan Square into apartments has put the property up for sale with a price of $4.5 million.

Developer JAB Real Estate bought the 11,200-sq.-ft. building in 2017 and financed the project with a $2.25 million mortgage, according to Cook County public records. However, it is unclear how much the total investment on the project was.

The building was built in 1906 after the Episcopal Diocese of Chicago bought the lot. It’s in the Logan Square Boulevards Historic District and is less than a half mile from the Logan Square CTA Blue Line station and close to several bus stops.

Chicago has been a strong market for apartment investors, with many of them being able to sell properties for big gains.

The city apartment market is still strong, and “the apartment market in Logan Square is very strong,” JAB principal Frank Campise said. But the prospect of rising property taxes is a concern for small multifamily properties. “We worry about that and how that impacts operating the properties and increasing the costs of renting.” 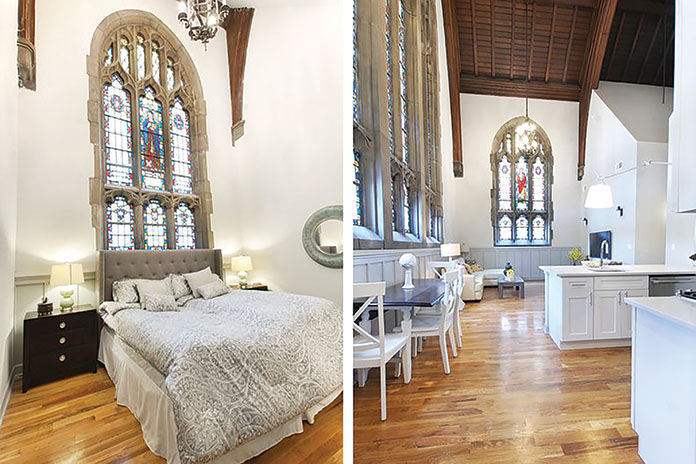 “From an architectural standpoint you are taking a prior use and making it conform to a completely different use. It is achievable, and it is done, but its more expensive. Another challenge when doing a church is getting enough light while managing to maintain all the stained glass. You are not allowed to make new openings in a landmarked structure but have to meet the city’s light requirements.”

Seven of the nine apartments are leased.