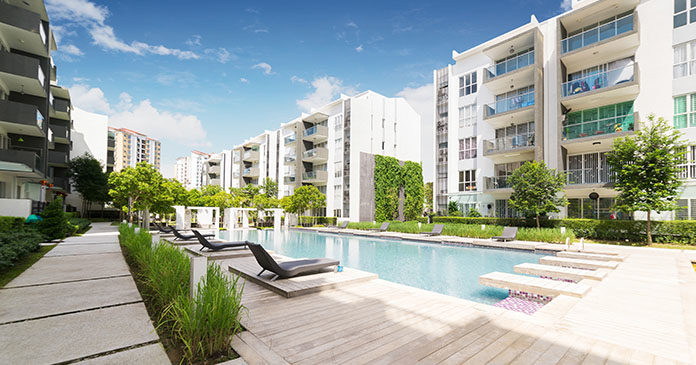 Confidence in the market for new multifamily housing weakened in the first quarter of 2019, according to results from the Multifamily Market Survey (MMS) released by the National Association of Home Builders (NAHB). The MMS produces two separate indices. The Multifamily Production Index (MPI) dropped seven points to 40 compared to the previous quarter, which is the lowest reading since the third quarter of 2010. Meanwhile, the Multifamily Vacancy Index (MVI) rose three points to 48, with higher numbers indicating more vacancies.

The MVI measures the multifamily housing industry’s perception of vacancies in existing apartments. It is a weighted average of current occupancy indexes for class A, B, and C multifamily units, and can vary from 0 to 100, where a number under 50 indicates more property managers believe vacancies are decreasing rather than increasing. With a reading of 48, this is the highest reading since the first quarter of 2010.

“Builders and developers are being cautious to see what happens with projects that were recently completed,” Gary Campbell, CEO of Gilbert G. Campbell Real Estate in Lowell, Mass., and chairman of NAHB’s Multifamily Council. “However, we’re seeing that developers are reasonably optimistic about what’s ahead for units on the affordable end of the spectrum.”

“The recent weakness in the MPI is consistent with our forecast for 2019,” said NAHB Chief Economist Robert Dietz. “Multifamily housing starts experienced a gain in 2018. Even after a slight decline for starts in the first quarter of 2019, permit growth is occurring, and production should level off moving forward. The market remains dominated by rental production, with a 94 percent share at the start of 2019.”

For data tables on the MPI and MVI, visit www.nahb.org/mms.