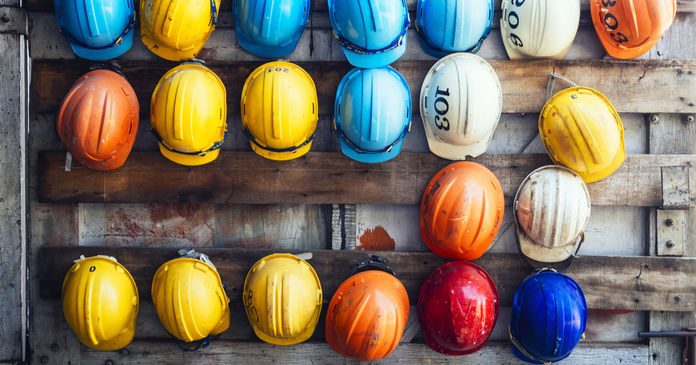 This week, the Bureau of Labor Statistics (BLS) released its Job Openings and Labor Turnover (JOLT) report for April. Its data on the parts of the job market of interest to the multifamily industry, real estate management and construction, show flat employment in the former category but a gain in employment in the latter.

The BLS reported that there were 7.4 million job openings, both private sector and government, at the end of February. This number is little changed since last month and represents 4.7 percent of the labor force. For reference, the April unemployment rate came in at 3.6 percent.

Multifamily jobs are tracked in a part of the jobs market the BLS calls “real estate and rental and leasing” (RERL), which also includes similar businesses in other industries. The jobs data for this segment showed no growth in April after a string of months with strong gains.

Job openings in the RERL sector continued at a high level in April. The dip in openings in February increasingly looks like an anomaly. In spite of hiring in this sector surging during the month, employment was flat because the of the high number of job separations that also occurred.

As was the case last month, by far the largest cause of separations during April was people voluntarily quitting their jobs. Almost 70 percent of separations occurred for this reason. Layoffs were also up for the month. At 25,000, they reached their highest level since May of last year.

The following chart shows the employment data for the RERL jobs market for the last 13 months. Note that April data are considered preliminary and may be revised next month. 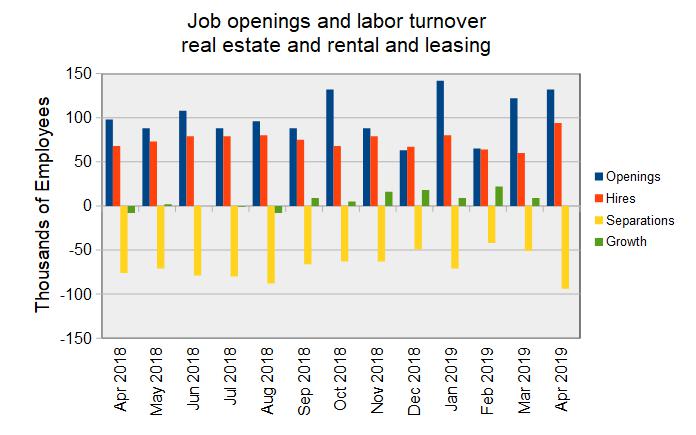 While the winter months tended to see quits outnumber layoffs as a reason for job separations, in April only 4 people quit their jobs voluntarily for every 5 who were involuntarily laid off. Layoffs were at their highest levels since September 2017 with 197,000 people losing their jobs involuntarily. 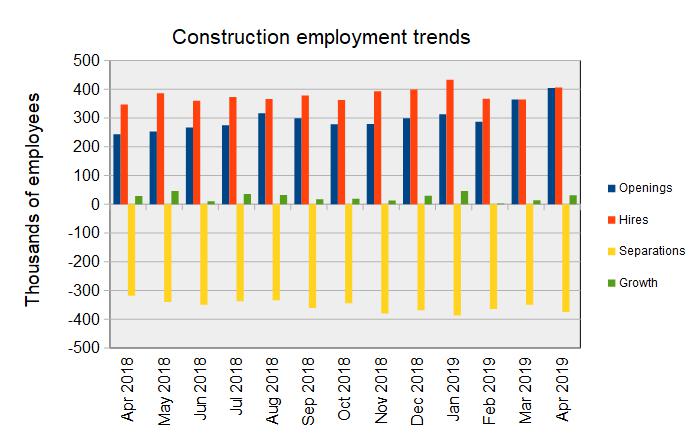 The final chart shows the long-term trends in the construction jobs market, based on three month moving averages of the figures in the JOLT reports. While the number of job openings has been surging, the number of people actually being hired has not. This indicates that employers are experiencing difficulties in finding people with the right skills to fill their job openings and that the time required in order to fill any given job has been increasing. 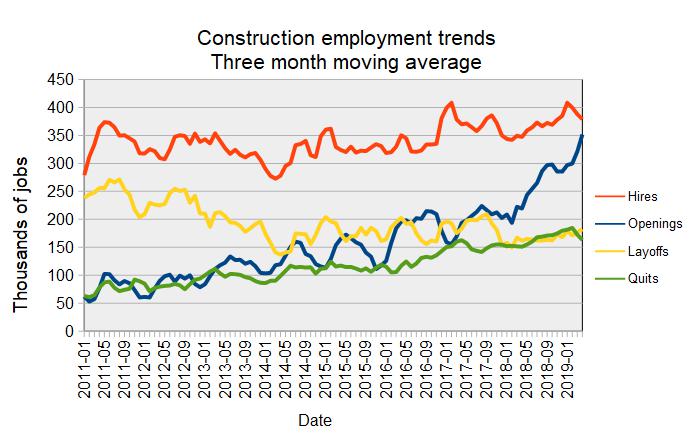