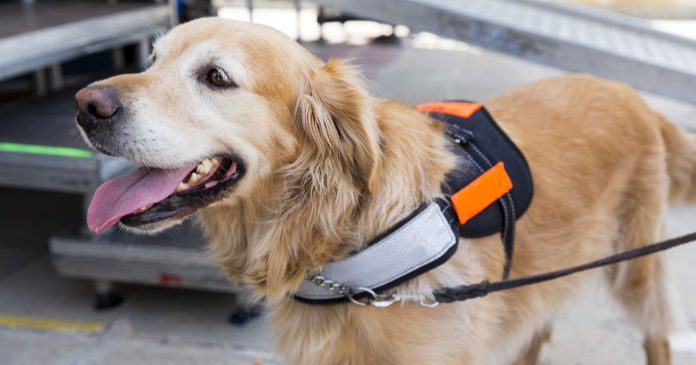 The U.S. Department of Housing and Urban Development (HUD) today announced it is charging a New York property owner and manager with housing discrimination.

HUD alleges that James W. Ray Jr., Jim Ray Homes, Inc., and Shelter Valley, LLC, the owners and manager of Shelter Valley Mobile Home Park in Newfield, Tompkins County, New York, refused to allow a mother to have an assistance animal for her son, who has a mental disability, and retaliated against the family for exercising their fair housing rights. Read HUD’s charge.

“Individuals with disabilities have a right to the accommodations they need, including the use of assistance animals,” said Anna Maria Farias, HUD Assistant Secretary for Fair Housing and Equal Opportunity. “Today’s action reaffirms HUD’s commitment to taking appropriate action when housing providers fail to meet their obligations under the Fair Housing Act.”

The case came to HUD’s attention when the mother of a child with mental disabilities filed a complaint alleging that the owners and manager of Shelter Valley would not allow her son to have an assistance animal. HUD’s charge alleges that the owner and manager also required the family to provide documentation stating that their dog was an adult and under 20 pounds, despite the fact that the Tompkins County Office of Human Rights informed him that the Fair Housing Act does not limit the size of a service animal. After the woman filed her complaint with HUD, the owner tried to evict the family, so they moved out of their home.

“HUD is committed to ensuring that housing providers offer tenants and family members with disabilities equal opportunities to use and enjoy the dwellings that they are renting,” said J. Paul Compton Jr., HUD’s General Counsel. “Efforts to evict a family because they seek to avail themselves of their fair housing rights are illegal.”

HUD’s charge will be heard by a United States Administrative Law Judge unless any party elects for the case to be heard in federal court. If the judge finds after a hearing that discrimination has occurred, he or she may award damages to the complainant and her son for their losses, injunctive relief, and other equitable relief, as well as payment of attorney fees. In addition, the judge may impose civil penalties in order to vindicate the public interest.

People who believe they have experienced discrimination may file a complaint by contacting HUD’s Office of Fair Housing and Equal Opportunity at (800) 669-9777 (voice) or (800) 927-9275 (TTY). Housing discrimination complaints may also be filed by going to hud.gov/fair housing, or by downloading HUD’s free housing discrimination mobile application, which can be accessed through Apple and Android devices.