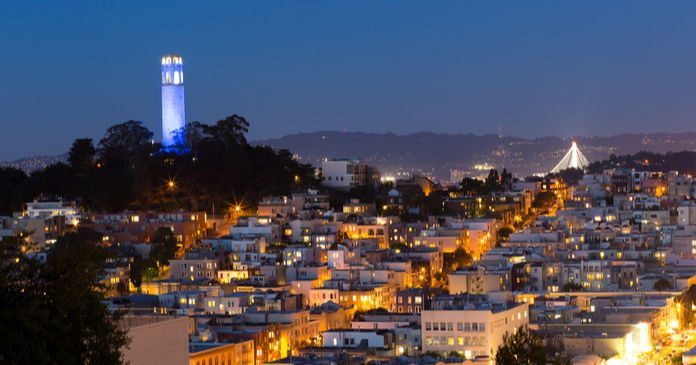 At the Pacific Coast Builder’s Conference in San Francisco, Ryan Davis of Witten Advisors gave an overview of the state of the economy in general and of the multifamily housing market in particular. Highlights of his remarks are given below.

Overview of the economy

President Trump’s threat of tariffs on Mexican goods may have the, possibly intended, side effect of causing the Fed to lower interest rates. Historically, the Fed does not have a good record of not raising rates too quickly in the later stages of an economic expansion. Former Fed chairman Ben Bernanke has said that expansions don’t die of old age, they are murdered by the Fed. The financial markets are now predicting a rate cut ahead.

While job growth in the US economy is presently strong, we may be running out of workers and this may limit the economy’s ability to continue job growth in the near term. With unemployment at 3.5 percent, future job growth may only keep pace with the growth of the labor pool. This is slowing due to demographic factors, particularly the baby boomers reaching retirement age and leaving the labor force.

Recent high levels of household formation have outpaced housing construction leading to high demand for apartments. 1.5 million households have been formed per year recently. The housing deficit is spurring faster home price appreciation and increases in apartment rents. While apartment construction has been going on at a high pace, single family home construction has not. This will lead to continued pressure on housing.

Home ownership rates have been increasing lately. Rates fell from 69 percent before the recession to a low of 63 percent. They have recently risen to 64 percent. However, recent increases in mortgage interest rates have caused downward pressure on home ownership rates, so the upward trend may not continue.

Older Millennials have been increasing their home ownership rates as they marry and start families. Younger age groups are also trending toward higher home ownership rates but at a slower pace. However, these trends have been largely driven by single family renters becoming single family owners. Therefore they are not expected to have a significant negative impact on the demand for apartments. Demand for new apartments over the last three quarters has outstripped supply.

Multifamily as an asset

Strong demand for apartments has caused the rate of rent growth to pick up since early last year. Rent growth is currently running at about 3.5 percent. This strength is a prime indicator of the health of the multifamily housing market.

Recently, multifamily assets in the suburbs have been outperforming those in the urban core. Earlier in the cycle, a lot of investment was going into the urban core leading to a relative supply surplus there.

A lot of capital has been going into apartments. Annualized investments in apartments reached an all-time high of $175 billion in Q1 2019. Activity has been strong from both portfolio investors and from investors interested in one-off deals. US multifamily housing has become a popular asset class for investors world-wide.

The flow of capital into multifamily assets has driven down the going-in returns on these investments. The cap rate on apartments has fallen to 4.9 percent, an all-time low. Cap rates may continue lower in the months ahead due to financial markets across the globe having low rates of return, making returns on US multifamily assets look good by comparison.

Multifamily housing as an asset class has historically outperformed other real assets during an economic downturn and during the early stages of the following recovery. This may be causing capital to flow into this asset class as a hedge against the possibility of the economy going into recession.

The first risk cited by Witten is that excessive supply coming on line could derail the current positive fundamentals of the multifamily housing market. Starts of buildings with 5 or more units have softened recently but remain high compared to historical averages.

Most newly constructed multifamily units are at the top end of the market. However, the rent premium to go from the average apartment to a newly built unit is now much higher than it has been in years past. This has opened up the value-add market, with high rates of return for this segment.

Another risk factor for the multifamily housing market is that banks seem to be tightening their underwriting standards for multifamily construction loans, putting downward pressure on the development market. However, debt funds have stepped in, raising their share of the construction loan market from 5 percent to 15 percent.

Witten expects completions to remain elevated, running at around 300,000 units, not including units lost each year. They expect absorption to drop to around 200,000 units. Given that there are 19,000,000 multifamily units across the country, they don’t expect any shortfall in the absorption of new units to significantly impact occupancy in the near term. However, rent growth should fall slightly to around 3 percent.