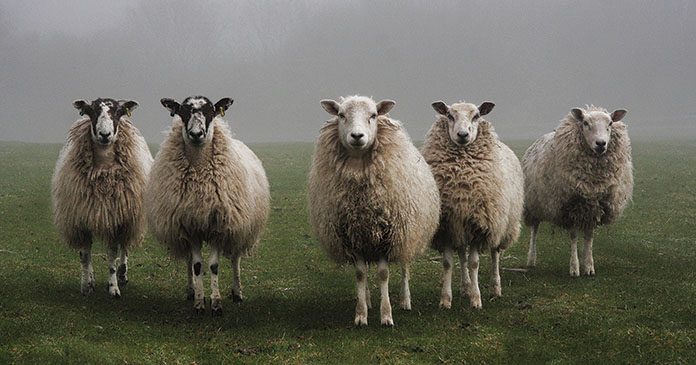 The group tries to move on but is once again interrupted by the CEO. “Am I the only one annoyed by the view? Why is there construction happening today?” he demands to know. The waiter tries to explain, but to no avail. “You really need to up your game here,” the CEO replies. The air is thick with tension. After the waiter walks away, someone makes a joke about the man’s competence. This seems to please the CEO, who responds with his own derogatory quip. The group laughs.

If you were present at that dinner would you let the CEO know that you disapprove of his language and behavior? Would you try to present a better example? Or stay silent?

First, there’s omnipotence: when someone feels so aggrandized and entitled that they believe the rules of decent behavior don’t apply to them. Second, we have cultural numbness: when others play along and gradually begin to accept and embody deviant norms. Finally, we see justified neglect: when people don’t speak up about ethical breaches because they are thinking of more immediate rewards such as staying on a good footing with the powerful.

The same dynamics come into play when much bigger lines get crossed in the corporate arena: allegations of corruption at Nissan, sexual harassment charges in the media sector, privacy breaches at Facebook, money laundering in the financial sector, and pharmaceuticals’ role in the opioid crisis.

While it is hard, if not impossible, to find evidence that leaders in general have become less ethical over the years, some are sounding the alarm. Warren Buffett, explaining Berkshire Hathaway’s practices in the annual letter shareholders, notes that he and Vice Chairman Charlie Munger

“…have seen all sorts of bad corporate behavior, both accounting and operational, induced by the desire of management to meet Wall Street expectations. What starts as an ‘innocent’ fudge in order to not disappoint ‘the Street’—say, trade-loading at quarter-end, turning a blind eye to rising insurance losses, or drawing down a ‘cookie-jar’ reserve—can become the first step toward full-fledged fraud.”

Buffett’s note is important because it’s really about the majority of us: neither saints nor criminals but well-meaning leaders who sometimes fail to consult their moral compass while speeding ahead in a landscape full of tripwires and pitfalls. For that majority, moral leadership is not simply a question of acting in good or bad faith. It is about navigating the vast space in between.

So how do you know when you, or your team, is on the road to an ethical lapse?  Here’s more on how to identify omnipotence, cultural numbness, and justified neglect in yourself and on your team, and a few tips on fighting each dynamic:

Many moral lapses can be traced back to this feeling that you are invincible, untouchable, and hyper-capable, which can energize and create a sense of elation. To the omnipotent leader, rules and norms are meant for everyone but them. Crossing a line feels less like a transgression and more like what they are owed. They feel they have the right to skip or redraw the lines.

In the dinner party example, it is no coincidence that the CEO’s entitled and condescending behavior comes after a day of strategizing and masterminding the next big moves.

Omnipotence is not all bad. Sometimes the rush you get from bold action is what’s required to make breakthroughs or real progress. But, the higher you climb on the ladder, the more it can become a liability. This is especially true if fewer and fewer of the people around you are willing and able to keep you grounded. If no one tells you “no,” you have a problem. One way to gauge whether you’ve reached “peak omnipotence” is if your decisions are met only with applause, deference, and silence.

The psychological counterweight to omnipotence is owning your flaws. It’s a mature capability to look in the mirror and recognize that you are not above it all. Especially if you’re in a leadership position, assume you have weaknesses and think about them regularly.

Sometimes, you’ll need help with this. The best performing executives I see have close colleagues, friends, coaches, or mentors who dare to tell them the truth about their performance and judgment. You should cultivate a similar group of trusted peers who will tell you the truth even when it is unpleasant. In addition, make sure to encourage an “obligation to dissent” among your core team.

No matter how principled you are, you must recognize that, over time, the bearings of your moral compass will shift toward the culture of your organization or team.

From my work with police and military units infiltrating criminal groups, I have seen examples of how cultural numbness makes leaders cross lines. It usually starts subtly. Officers need to get to know and infiltrate a new culture. They need to fit in by speaking the language, acting according to code, and dressing to fit in. But, in doing that, they risk going too far—mimicking the culture of the gang members they are out to stop and getting caught up in a group’s values system.

The same kind of “moral capture” takes place in companies, not overnight, but gradually. Psychologically, you’re making a trade-off between fitting into the culture and staying true to what you value.

At first, cultural numbness can take the shape of ironic distance or disillusioned resignation when there is a discrepancy between the two, or between the ideals your company espouses and what you see demonstrated and rewarded. But the mind needs resolution. So, over time, you stop noticing when offensive language becomes the norm or you start to behave in ways that you would never have expected to be part of your repertoire.

Cultural numbness is where I have seen the most severe breakdowns in ethical leadership because it’s so hard to detect. Leaders who have crossed a line never describe this as a clear choice on that path but as wandering down a muddy road, where there they lost track of what was right and wrong. They describe a process where they became numb to others’ language and behavior and then to their own and lost their sense of objectivity. In essence, their warning bells simply stopped ringing.

So, start looking out for signs of moral capture: those brief moments when you don’t recognize yourself and any other indications that you are subjecting your own personal agency to the deviant norms of the collective. Another regular gut-check you can use involves asking whether you would be comfortable telling a journalist or a judge about what’s going on.

At the same time, you can’t always trust yourself in these situations. As with omnipotence, it can help to get an outsider’s perspective, turning to a trusted friend or family member who might be able to detect changes in you that you are not able to see.

Also remember to regularly extract yourself from your organization to compare and contrast its culture with others and remind yourself that the rest of the world may not work the same way. 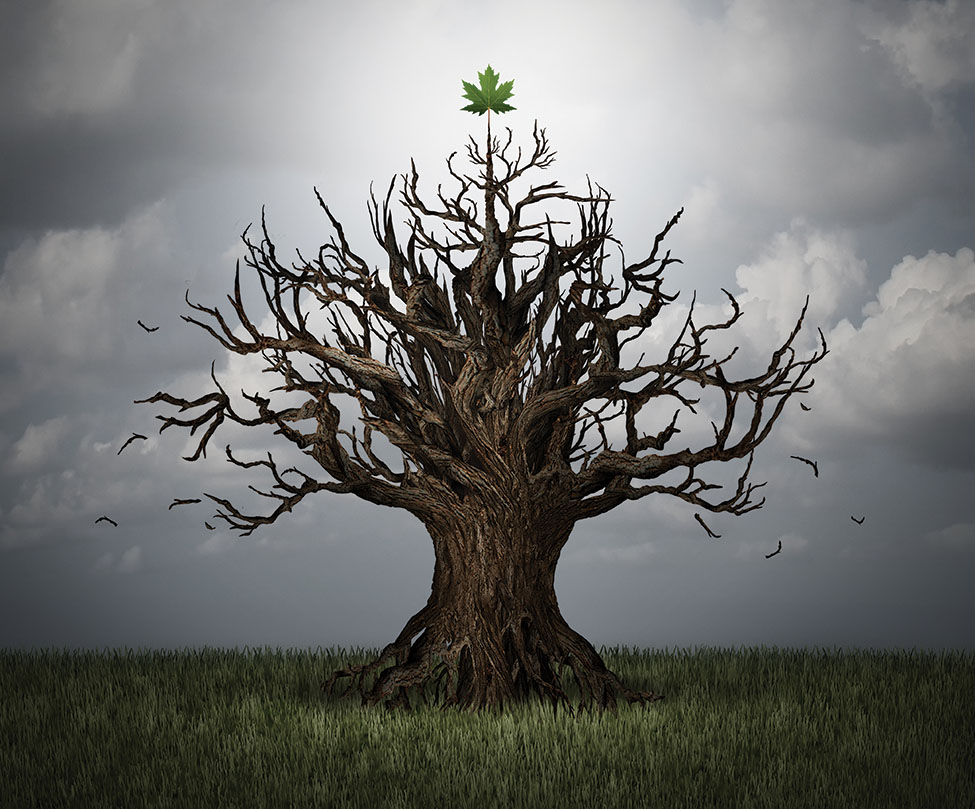 The human mind is skilled at justifying minor incursions when there is a tangible reward at stake—and when the risk of getting caught is low.

On the production line of a pharmaceutical company, for example, a hurried lab assistant forgets to remove all of her makeup. A speck of mascara accidentally drops into a batch of medicine large enough to serve a mid-sized country for a year. For a brief moment, the miniscule impurity draws a thin, yellowish color trail, but then it is gone, impossible to detect. The medicine is life-saving and very valuable, with just a hint of makeup that’s probably harmless.

Would you report the incident? If you were a manager who was quietly asked what to do, would you destroy the batch? Would you change your mind knowing that patients might suffer or even die from a serious production delay? Would your ballooning production budget and the tenuous financial situation of your company factor into your decision? Would you push the problem up to your superiors knowing that those with a greater stake in the outcome might turn a blind eye to the incident?

Many leaders have faced a choice between getting the reward or doing the right thing. The slippery slope starts right when you begin to rationalize actions and tell yourself and others, “This is an exceptional situation,” or “We have to bend the rules a little to get things done here,” or “We are here to make money, not to do charity.”

These initial slips cascade into more, which turn into habits you know are bad but which start to feel excusable and even acceptable, given the circumstances, and eventually, become part of your moral fabric.

It is hard to pinpoint exactly when an important line is crossed, but it’s much easier to course-correct at the very start of the slippery slope than when you are gliding full speed away from what is right.

Remember that power corrodes more than it corrupts, often as a result of clever justifications of ethical neglect. You can combat this psychological dynamic by creating formal and social contracts that obligate both you and your colleagues to do right; rewarding ethical behavior; and defining and sharing your boundaries. The latter could be as simple as making a list of things you will not do for profit or pleasure, keeping it in a convenient place to read regularly, and occasionally showing it to your team as a reminder. 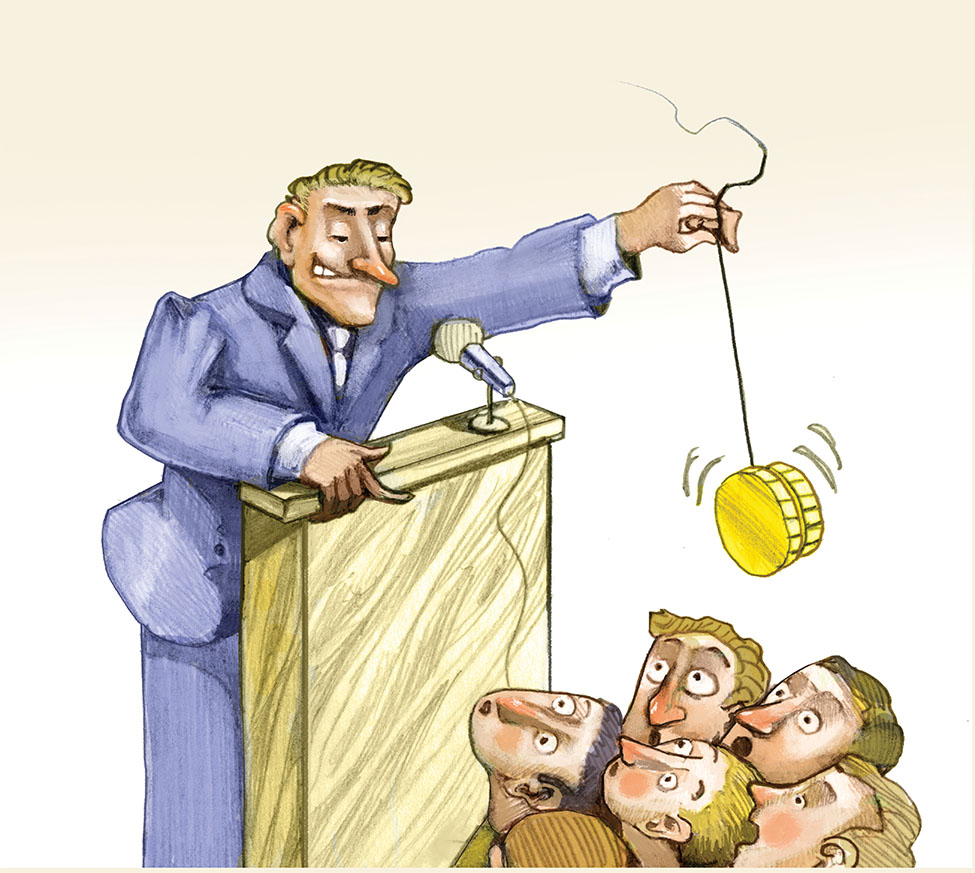 “The more informed you are, the less arrogant and aggressive you are.” –NELSON MANDELA

The reality is that, for many leaders, there is no true straight-and-narrow path to follow. You beat the path as you go. Therefore, ethical leadership relies a lot on your personal judgment.

Because of this, the moral or ethical dilemmas you experience may feel solitary or taboo—struggles you don’t want to let your peers know about. It can sometimes feel shameful to admit that you feel torn or unsure about how to proceed. But you have to recognize that this is part of work life and should be addressed in a direct and open way.

Even though most companies have some cultural and structural checks and balances, including values statements, corporate social responsibility guidelines, and even whistleblower functions, leaders must also be mindful of the psychological conditions that push people—including themselves—to cross ethical lines.

Understanding the dangers of omnipotence, cultural numbness, and justified neglect are like installing the first few warning signs on the long road of your career.

You will inevitably hit some bumps, but the more prepared you are to handle them, the likelier you are to keep your integrity intact.

Author: Merete Wedell-Wedellsborg advises leaders and teams. She has practiced clinical psychology worked extensively with the financial sector, and is author of Battle Mind: Performing Under Pressure. She holds a Ph.D. in Business Economics.