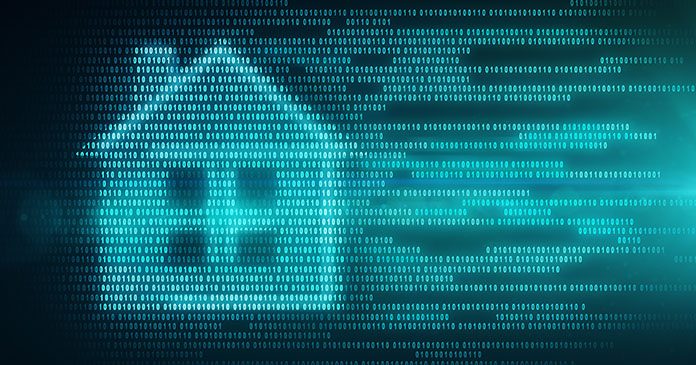 In addition, 47,000 permits were issued in June for buildings with 2 to 4 units, a recent high.

Nationally, the three-month moving average for permits issued for multifamily housing in April was down by 4.6 percent from the May level but was nearly unchanged from the level of June 2018. This is shown in the first chart, below. 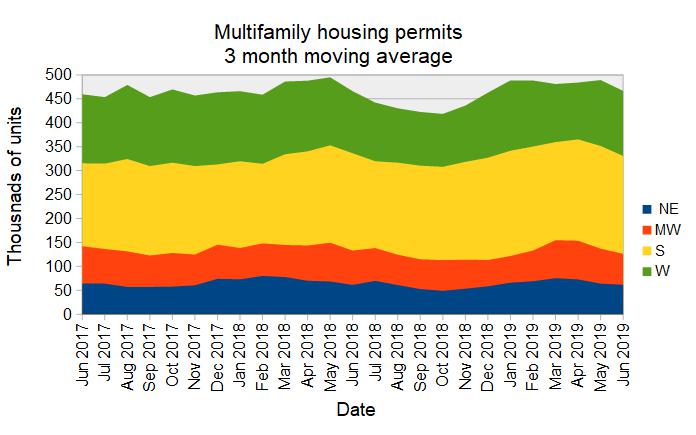 On a month over month basis, all regions of the country saw a decline in permitting activity on a percentage basis, the decline was largest in the Northeast, with a fall of 11 percent. In terms of numbers of units, the fall was largest in the South with a drop of 11,000 in units permitted.

Compared to year-earlier levels, the number of units permitted declined in the Midwest and Northeast but rose in the West and the South. Given that the West and South account for more than 70 percent of permits issued, this was enough to result in permits being up for the year.

The June level of multifamily housing construction starts for buildings with 5 or more units was down by 9.4 percent for the month, partly due to being compared to the exceptionally strong May figure. The 396,000 starts reported for June, on a seasonally adjusted annual basis, is higher than that of most months over the last two years.

Compared to year-earlier levels, construction starts for buildings with 5 or more units were up by 25 percent.

Multifamily housing construction starts (two or more units per building) were up 3.3 percent from their May levels for the country-as-a-whole, based on three-month moving averages. However, starts were down modestly in the South and West resulting in the only slight rise nationally.

On a year-over-year basis, starts were up15 percent for the country-as-a-whole. The 36 percent jump in starts in the South and the 43 percent rise is starts in the Northeast account for the rise. Starts were actually down in the Midwest and the West compared to their year-earlier levels.

The following chart shows the starts by region for the last 24 months. 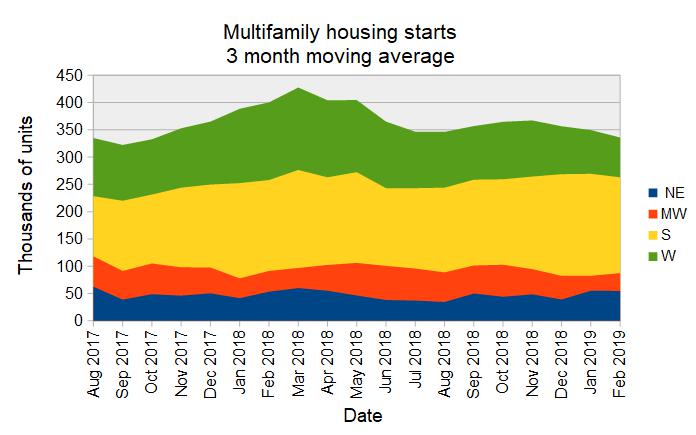 Nationally, completions of buildings with 5 or more units fell 14 percent in June from the May figure. The preliminary reading of 283,000 units on a seasonally adjusted, annualized basis, was the lowest level seen since December and one of the lowest readings in the past two years. Completions in June were also down compared to the year-earlier level, falling 17 percent.

Following several months of exceptionally strong levels of completions, for the country-as-a-whole, completions for multifamily housing (two or more units per building) were down 8.5 percent month-over-month, comparing three-month moving averages. The West was the only region of the country to see a rise in completions in June, with a gain of nearly 10 percent. However, other regions of the country saw double digit declines in completions, leading to the overall decline.

Completions by region for the past 24 months are shown in the chart below. 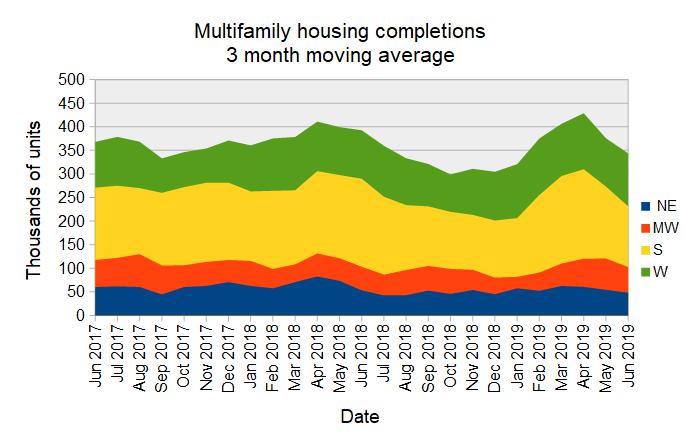 ABOUT US
Yield PRO is one of a kind. It's multihousing news and strategy for rental owners and operators seeking to increase their asset value through streamlined processes and best practices. ﻿YP is the only independently-owned, nationally-circulated, exclusively-multifamily magazine in existence today.
FOLLOW US
© 2021 YIELD PRO MAGAZINE
Yield PRO
MORE STORIES
Movers and shakers