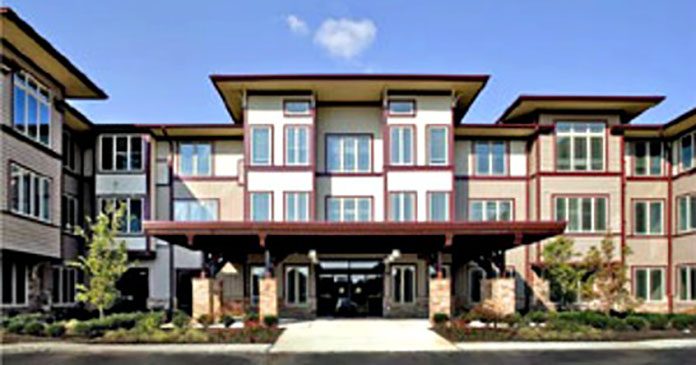 “The buyer was drawn to Waterside Villas’ prominence and the vibrant neighborhood’s highly educated 55+ age demographic as well as a nice mix of other age groups, which render it extremely retiree and family friendly,” said Zweibel, who represented the seller in acquiring the property just two years ago and noted 80 percent of the age 35+ population is over the age of 55 market-wide. “In addition to its new classic-architecture design, Waterside Villas posed a rare investment opportunity within the sought-after Concordia neighborhood—a standout for ranking highest in terms of income growth among all Monroe Township constituent neighborhoods over the past five years.”

Built in 2009, the three-story elevator building is nestled within affluent southeastern Middlesex County, the second largest of nine geographic Central New Jersey submarkets where little-to-no new construction of multifamily product is planned despite the metro’s low vacancy rates. “The region is experiencing heightened tenant demand, which is expected to continue as empty nesters downsize and opt to sell long-time homes with some of the highest real estate taxes in the nation that are no longer fully deductible in the current tax environment,” added Zweibel, the firm’s Central Jersey market specialist.

Offering a total of 31 different open floorplan options, ranging from 700 SF to 1,160 SF, Waterside Villas features an array of high-end apartment-home amenities. These include condominium-style kitchen and bath finishes, abundant natural lighting, air conditioning and full-size washers and dryers. Dens, patios/balconies and waterside views are available in select units. On-site conveniences range from a fitness center and ample parking to dry cleaning and housekeeping services, a covered outdoor patio and a BBQ area.

In addition to the Waterside Villas sale, Zweibel recently arranged three separate Central Jersey transactions. These include the $6.96 million sale of 44 units at Highland Gardens in Highland Park (Middlesex County); 13 apartment-rental units sold for $5.25 million in Monmouth County; and the $4.4 million sale of 38 acres in the heart of Jackson (Ocean County). In addition, Zweibel also represents client interests in the North Jersey/South Jersey Metros, where he has been involved in numerous prominent Q1 and Q2 trades.

Since 1975, Gebroe-Hammer’s brokerage activities have concentrated on all multifamily types including Class A, B and C high-rise and garden-apartment properties. While initially focusing on New Jersey, the firm has evolved during the past 44 years to also dominate the northeastern Pennsylvania and New York State submarkets as well as represent client interests nationally. Widely recognized for its consistent sales performance, the firm is a 15-time CoStar Power Broker and was the only Northeast firm named a Multifamily Influencer for 2018.