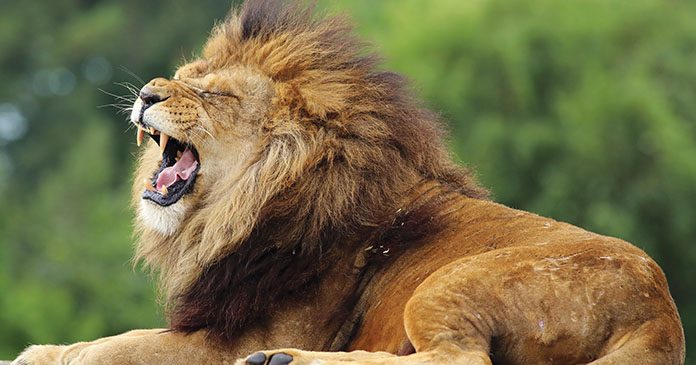 Hoya Capital Real Estate is an SEC-Registered Investment Advisor based in Rowayton, Conn.

The $3 to 5 trillion U.S. multifamily apartment market is highly fragmented. REITs own roughly 500,000 of the estimated 25 million multifamily rental units across the U.S., which is roughly 2 percent of the existing rental apartment stock.

Multifamily rentals comprise roughly 15 percent of the total housing stock in the U.S.—in aggregate valued at $30 trillion—but have accounted for a greater share of new home construction activity in the post-recession period amid the “renter nation” trend of lower homeownership rates.

While apartment construction has been relatively elevated over the last four years, overall home building activity has been historically depressed over the last decade. Overregulation has been at the root of the growing housing shortage, which has led to persistent housing inflation, which we expect to linger throughout the next decade.

Americans spend an estimated $1.3 trillion per year in direct and imputed rent, accounting for roughly 30 percent of the $3.5 trillion per year spent on an annual basis on housing, home construction, and housing-related services at the GDP level. Housing is the single-largest annual expenditure category for the average American at roughly 33 percent as measured by the Bureau of Labor Statistics.

Even more than other real estate sectors, apartment markets tend to exhibit commodity-like characteristics over time as rental fundamentals respond in a rather efficient and predictable way to supply and demand conditions. Over time, markets seeing well-above-trend rental growth experience a subsequent period of elevated new development, and vice-versa. On average, REITs tend to own more high-quality assets in major “job hub” cities, though several REITs focus more on suburban and more affordable assets.

Before this year, renters enjoyed a brief reprieve from rising rents over the prior two years as landlords competed to fill a record number of newly completed apartment units, particularly in the high-end luxury category. The relative “boom” in multifamily construction that began in 2014 continued into 2019, but deliveries appeared to have peaked for this cycle during the summer of 2018 at a trailing 12-month rate of roughly 365,000 units. Deliveries will likely hover around a range of 330,000-350,000 through the end of 2020, which amounts to roughly 1.5 percent per year annual supply growth. Starts and permitting activity has pulled back since mid-2018, and as of April, multifamily starts have risen just 1.3 percent on a trailing 12-month basis.

It’s a good time to be a landlord, yet, again. As we’ve been forecasting since late 2018, the apartment REITs have delivered impressive performance through the first half of 2019. Same-store operating metrics were stellar across the board as occupancy remained at record-highs, turnover at record-lows, and rent growth accelerated to the best rate of growth since 2016. Leasing metrics—arguably the most important of the statistics reported—were better-than-expected, with blended lease rates seeing a 3.8 percent bump, a roughly 70 basis point improvement over the same period in 2018.

As rent growth is a forward indicator of same-store revenue growth, we expect a further reacceleration in same-store revenues throughout 2019 and into next year and think that the 3.1 percent average full-year revenue guidance may still be too conservative.

Expense growth outpaced revenue growth in 2018 but has shown significant improvement in the first half of 2019, helping to power same-store NOI growth to the best level in roughly three years.

A relatively benign season of extreme weather and lower utility costs helped to offset the continued rise in property taxes—the largest single expense item for apartment REITs. Property taxes continue to be a chief concern among investors, particularly in the wake of tax reform, which shifted more tax burden onto homeowners in high-tax coastal markets, which could eventually be shifted back onto renters. Ever-lower turnover rates continue to be an unexpected but much-welcomed tailwind which has kept expense growth in check.

Looking at the sector on a more granular level, as we move later into the current economic cycle, the variance in fundamentals between markets has become less pronounced, as there has been a convergence toward supply/demand equilibrium. 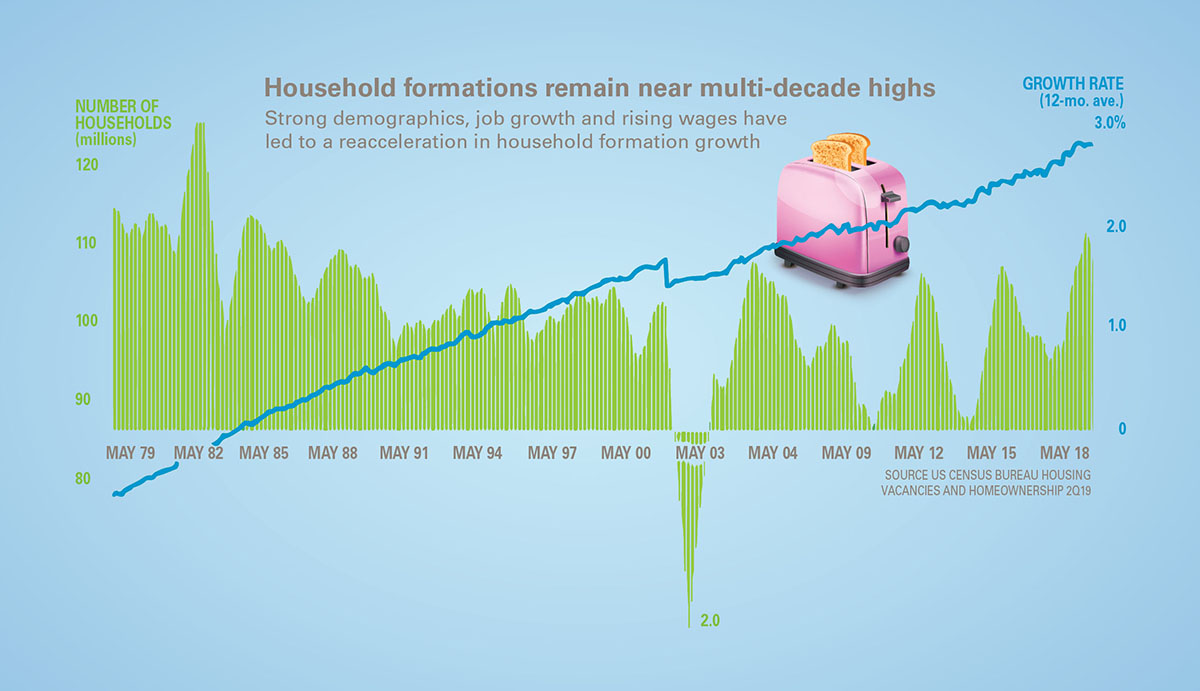 The convergence in fundamentals is seen through the apartment REIT performance, with each of the seven major REITs displaying remarkably consistent operating metrics despite having portfolios in different regions and different rental price points. All seven REITs are projecting same-store revenue growth within a 70-basis point spread of 3.0-3.7 percent. Same-store NOI projections for full-year 2019 are also in a relatively tight spread between 3.0 percent and 5.0 percent.

The REIT Rejuvenation of 2019—through the positive impact on REIT’s cost of capital—has allowed REITs to get back to doing what they do best: external growth.

Overregulation at the local, state and national-level is at the root of the housing shortage. The cost and time to get a new housing development through the entitlement and permitting process have significantly increased over the past two decades. This is partially as a result of Not In My Backyard-ism (NIMBYism). This unsurprisingly corresponds to the significant rise in housing inflation manifesting in higher rents and home values. As a share of total spending, housing costs have risen from roughly 25 percent in the 1980s to more than 33 percent in 2017. In response to rising rents, there’s a risk that politically popular but economically irrational “solutions” like rent control will hurt landlords and renters alike. Ultimately, the solution to the mounting housing shortage is, in theory, rather simple: build more supply. The reality is, of course, is more challenging as the interests of existing residents clash with those of developers. 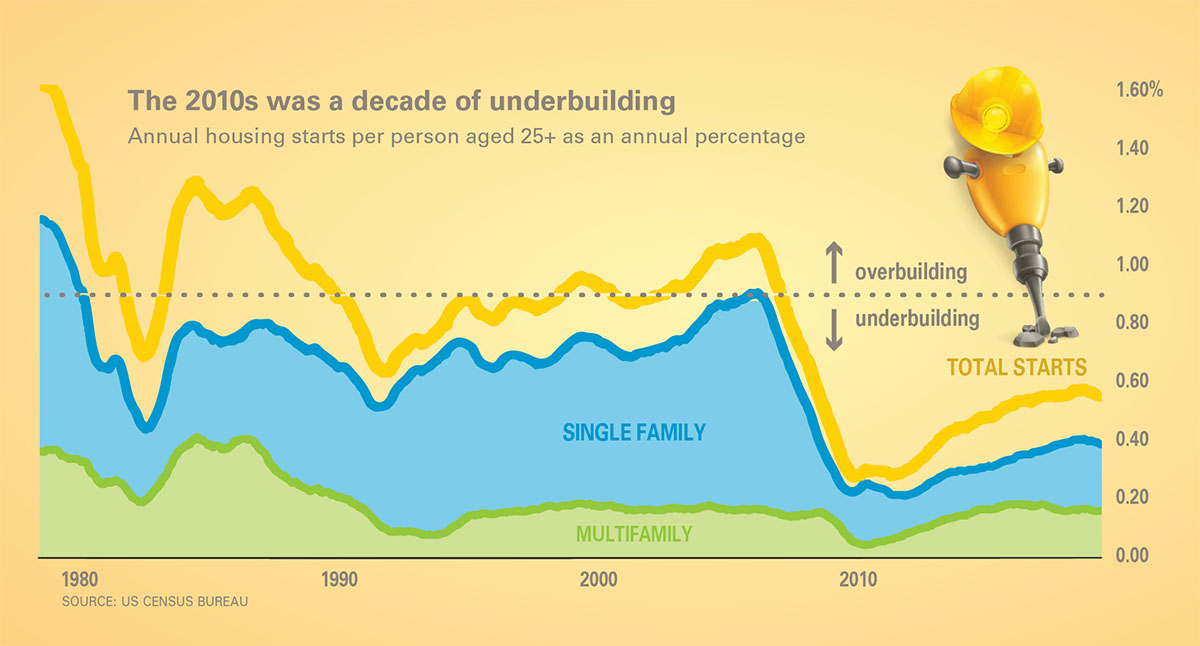 Demand for apartment units is a function of four primary factors: household formation, job growth, income growth, and the propensity to rent versus own. Despite a global economic slowdown, U.S. labor markets have remained resilient over the past quarter.

Wage growth has accelerated from a peak of around 2 percent in 2016, to more than 3 percent over the last two years. Real wage growth has been even more impressive. The strong job market powered the best year for household formations in a generation in 2018. Once thought to be the new normal of lower labor force participation, the strong U.S. economy has pulled workers off the sidelines and into the housing market.

This acceleration in household formation, a phenomenon that we expect to continue into the 2020s given the demographic wave of millennials entering their late-20s and early 30s, has come at a time of significant undersupply in the housing markets.

Meanwhile, elevated student loan debt burden, the effect of tax reform on reducing the incentives of homeownership, and a rent-by-choice lifestyle preference have made this demographic more likely to rent apartments further along into their family and career paths.

While demand growth has offset supply growth over the last half-decade, those trends could flip if supply growth remains elevated. Demographic trends have been favorable over the last decade, they are set to become a headwind by the end of the next decade. A generation that we dub the “Rocket Power Generation” or the “Bush 1 Babies”—those born between 1989 and 1993—are the largest 5-year age cohort in the United States.

This abnormally large age cohort, the oldest of which are now entering their 30s, is likely to transition toward the single-family market with greater frequency over the next decade. 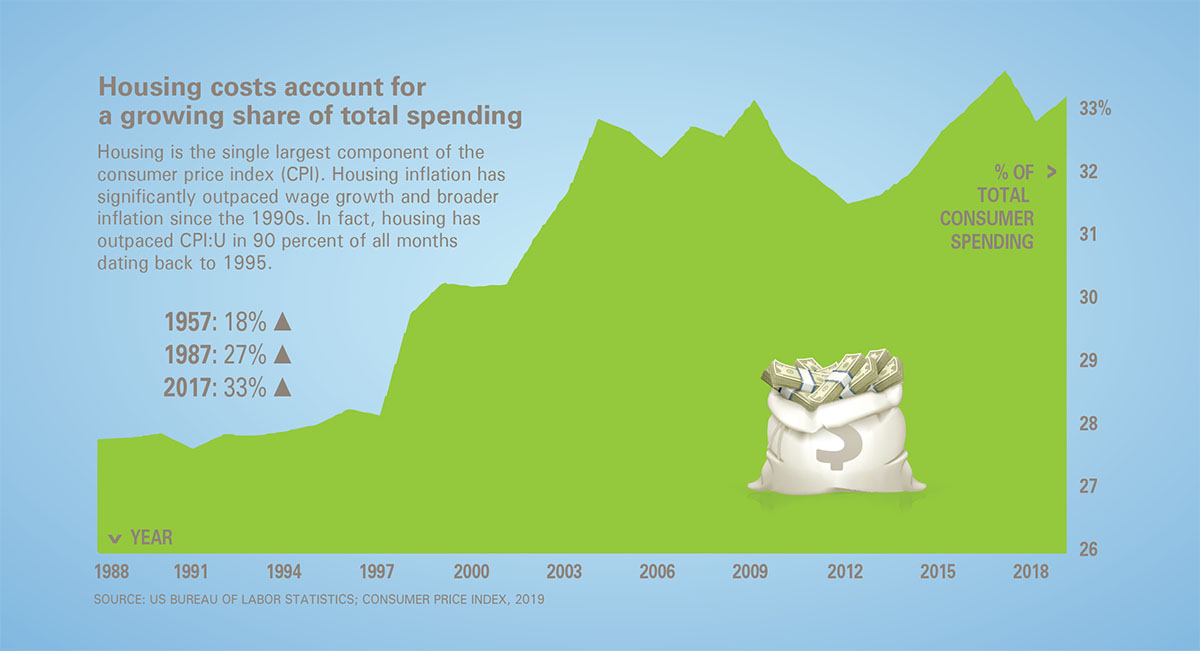 After producing sector-leading returns in 2014 and 2015, apartment REITs underperformed the REIT average in 2016 and 2017 amid lingering concerns of oversupply and moderating fundamentals. But they returned to their winning ways in 2018, producing a total return of 4 percent. Since the dawn of the modern REIT era began in 1994, apartment REITs have produced an average annual total return of 12.5 percent per year, compared to the 11.5 percent return on the REIT index through the end of 2018.

As rent growth has generally been strongest in the non-core and lower-cost markets, the REITs that focus primarily on these price-points have outperformed this year. Along with Mid-America, the small-cap REITs have generally been the best performers this year, reversing last year’s underperformance, led by 30 percent-plus gains from Independence, NexPoint, and Investors Realty Trust.

Apartment rent growth reaccelerated last quarter to the highest rate since 2016. It’s a good time to be a landlord, yet, again. All seven major apartment REITs raised 2019 same-store net operating income and FFO guidance in the second quarter.

Before 2019, renters enjoyed a brief reprieve from rising rents over the prior two years as landlords competed to fill a record number of newly completed high-end apartment units.

The 2010s will be remembered as a decade of historic underbuilding. Despite a U.S. population nearly double the size of the 1960s, we produced 30 percent fewer housing units this decade. Overregulation is at the root of the housing shortage, and there’s a risk that politically popular but economically irrational solutions like rent control will hurt landlords and renters alike.

Ultimately, the solution to the mounting housing shortage is, in theory, rather simple: build more housing.

The rising regulatory burden faced by housing developers has unsurprisingly corresponded to the significant rise in housing inflation during this time—manifesting in higher rents and home values, a trend that we expect to persist well into the next decade.