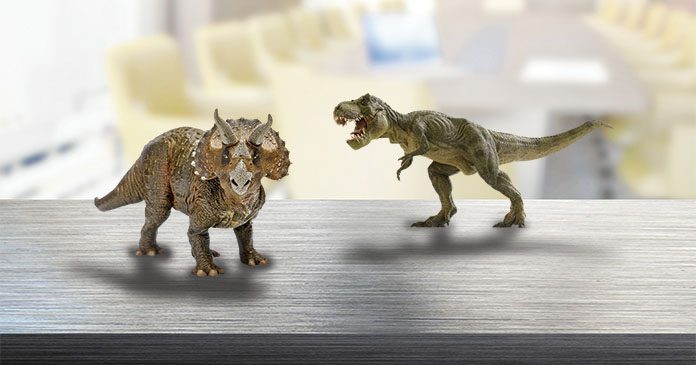 You define the contours of your character and the shape of your life by what you say “no” to. For example, saying no to invitations is the way you safeguard the attention you need to say yes to what matters most. Saying no to demands that compromise your values is how you secure your hold on those values. Articulating your reservations about a proposal is the work of acquainting yourself with your own thoughts. Expressing disagreement with an exuberant crowd is the very sacrament of personal integrity. A sculptor creates a masterpiece from stone by subtracting the pieces that don’t belong. By the same token, it is what remains after removing those things you decline that becomes who you are.

Consider the case of Karla, who chaired the board of a successful nonprofit. In the previous 10 years, the organization had become beloved by donors for its impressive results. It had a talented workforce of 40 employees and a burn rate of $500,000 per month. A year earlier, the board concluded it had largely accomplished the mission for which it had been formed. The question now was, “What next?” Some on the board, and most of the executive team, were determined to find a new mission rather than disband. But others were adamant that the organization shouldn’t simply continue spending donor money by default. It should either find a compelling reason for existing, one worthy of the financial trust, or be dissolved.

Executives presented three possible new strategies. Karla saw nothing of substance in any of them. As discussion began, board members expressed enthusiasm for one option or another. She listened politely, but her insides were in turmoil as she scrambled for a way to register her dissent.

As important as it is to say no, many of us —like Karla—feel dread when we have to do it. Saying no is hard because we are a species that (sadly) treats agreement as affection and denial as rejection. When people disagree with us or turn us down, we routinely (and typically incorrectly) interpret it as evidence of enmity. Those who decline our invitations, disagree with our ideas, or oppose our plans feel like threats. So, we safely assume others will feel the same when we turn them down. 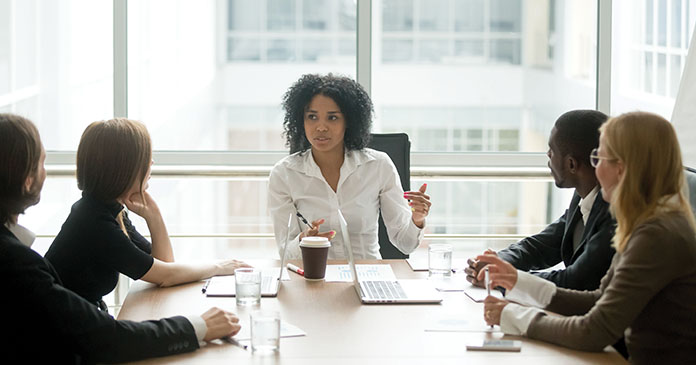 As skittish as we are about saying no under normal circumstances, there are six conditions that ratchet up the perceived risk even more:

You’re the new kid. If your reputation is unformed in a group or with a colleague, they may make gross inferences about your personality from this single interaction. For example, they may see you as selfish, stubborn, or closed-minded.

Your personal brand is already compromised. Saying no becomes even riskier if your past reputation makes it easy to dismiss your position as an expression of your flaws rather than facts. For example, it’s riskier to say no to a new project if you’re already wearing a jacket that says you’re lazy, selfish, or small-minded.

Your loyalty is being tested. Groups making decisions can sometimes equate disagreement with disloyalty. Agreeing with a position is seen as a test of commitment to the group’s interests. Saying no is riskier when your apparent disloyalty might result in a judgment about your tribal commitment.

You’re up against a powerful and insecure leader. It’s tough to say no to a leader who might infer that your disagreement with their big idea demonstrates disrespect for their authority. Also, if a leader is insecure, they might personalize your reservations and conclude that you are not disagreeing with their idea, you are disagreeing with them.

You’re going against a group decision. It’s tough to say no when others are inebriated on the euphoria of consensus. Groups can unconsciously begin to value connection over results. When that happens, naysayers are seen as ruining the party. Your potentially helpful opposition will be resented rather than welcomed.

Everyone has decision fatigue. Saying no becomes harder if a group has been exhausted by the decision-making process. There is an ecstasy that comes with simply gaining closure after a long struggle. If people aren’t careful, they can begin to prize resolution over results. They’ve sunk a lot of effort into getting to their current conclusion, and now you’re asking them to take three steps backward. In their minds, it feels like waste or rework to “rehash.” Expect resistance.

Understanding the psychology of the problem is the key to mitigating risk. It may be unavoidable that others will be disappointed by your response. Your goal is to ensure disappointment doesn’t escalate to insult. You want to separate your answer to the topic at hand from your sentiments about the people involved. Here are some tips for inoculating yourself against inflated negative attributions when you dissent:

Show your work. Don’t simply say “no.” Share your logic. Share your facts. Share the reasoning behind your decision. And most important, share the values that motivate your conclusion. If you don’t, others will fill the vacuum you leave with their fears and biases. For example, Karla should not simply say, “I vote we let the staff go and begin an orderly shutdown.” People care less about what you think than why you think it. When you start with your conclusion, they get to make up the path you took to get there.

For example, if Karla simply states her position, others might conclude she simply has it in for some of the executives. Or she never really cared about the mission. Or perhaps she’s anxious to free up time to focus on her new startup. Don’t leave a mystery for others to solve. Instead, Karla should cite the data and the motivations that led her to that position: “In the last six months, we have explored five different ideas for future strategy. We have agreed these were not appropriate strategies for a nonprofit like us. We have spent $3 million in operating costs during this period. I believe it’s wrong of us to spend more of our sacred donor funds looking for a way to justify our existence.”

Acknowledge value trade-offs. Let others know you sympathize with the values your position compromises. Decisions are rarely as simple as black and white, right and wrong. They typically involve value trade-offs. Be sure to honor the worthy values that may motivate others’ positions.

For example, the statement Karla just shared might be misinterpreted as maligning those who are looking for a reason to continue the nonprofit. To avoid unnecessary offense, she should quickly add, “While that’s where I come down, I must say it breaks my heart to dissolve the team. I agree with those who think the world would be best served by keeping this team together to do more good. I just can’t see continuing when we haven’t found a purpose.”

Be tentatively confident. It’s important to take a firm stand, but not an overstated one. You alienate more than you convince when you make absolute statements like “The only reasonable conclusion we can draw is…” or “The right answer is…” Show that you’re a thoughtful person who has arrived at a conclusion. Preambles like “I’ve concluded…” and “I believe…” demonstrate a combination of resolve and humility that avoids provoking unnecessary conflict.

For example, you could say, “Boss, you’ve asked me to take on a new project. I think it is a bad idea for me to take it on, and I’d like to share my reasons. If, however, you don’t want to hear them, I’ll take it on and do my best. What would you like?” In most cases, the boss will feel obligated to hear you out. If the boss refuses to hear your reservations, you get to decide if this is an environment you want to spend a significant part of your life in.

In the end, Karla’s nonprofit shut down. It was a painful decision that deeply disappointed a group of loyal employees and was questioned vigorously by some stakeholders.

Karla did her best to make her position known without creating unnecessary offense. Her tact and empathy helped. And her resolve through this experience helped define the person she would be in handling countless future dilemmas. Saying no is a crucial process of shaping the person we become.