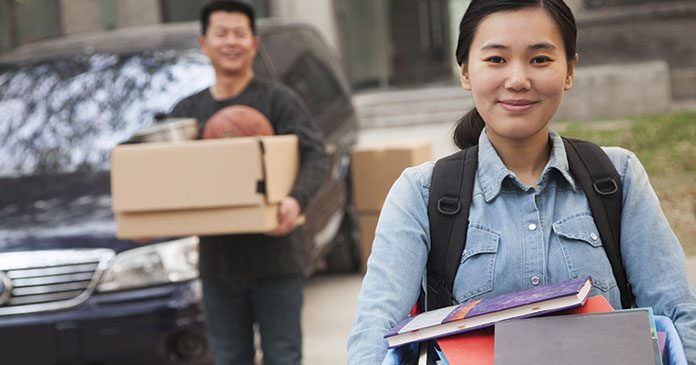 With apartment rents continuing to rise, Generation Z members are more likely to move back home than to their own apartment.

More than half (54 percent) of young people about to graduate from college plan to move back home to live with their parents, according to a new report from Apartment Guide.

“As recently as a few years ago, it was almost embarrassing to move back home with your parents,” says Brian Carberry, managing director for Apartment Guide, headquartered in Atlanta. “We’re seeing that as an increasingly viable option for college graduates.”

Apartment Guide’s report is just the latest evidence that young people are taking longer to form their own households—instead, living for longer periods with roommates or with family. The cost of housing continues to rise—particularly for the class-B apartments where young people often sign their first lease. Young people who delay moving to their own apartments may save money that allows them to afford better housing once they do eventually live on their own.

“In the short term, expect more Gen Z-ers to move back home, at least temporarily, in order to save money and prepare for the future,” says Carberry. “As a result, household formation may be delayed for a larger portion of the group.” 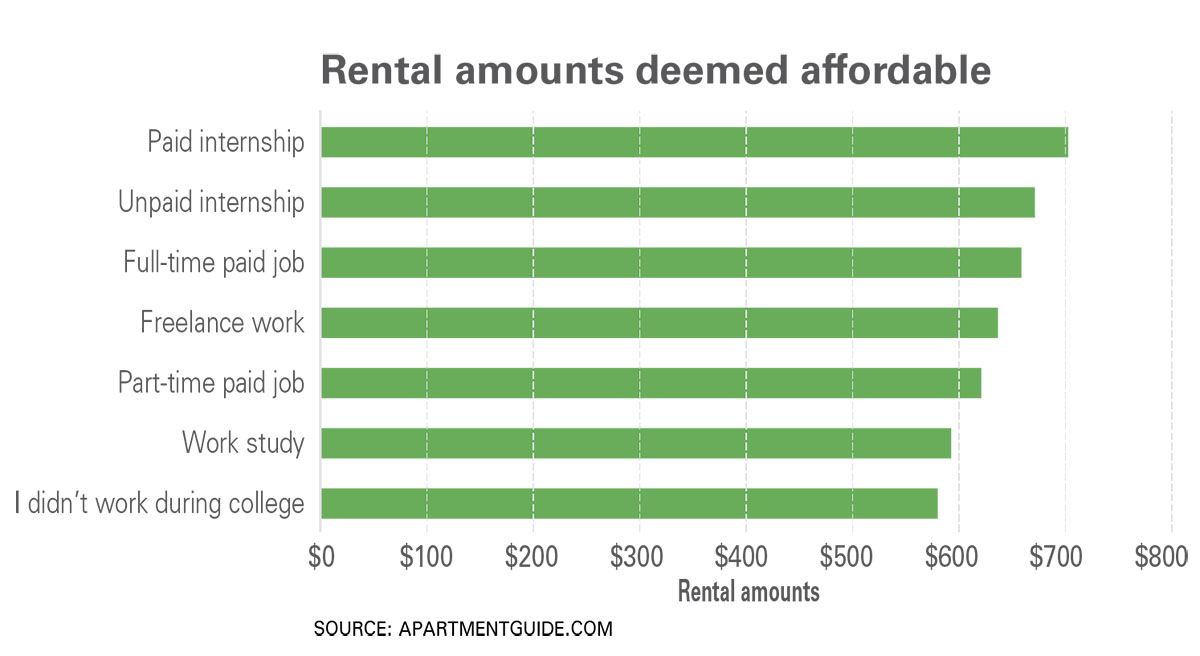 Nearly a quarter (26 percent) of all renters are people in the 20s or early 30s who live by themselves, according to new research by RealPage Inc., a provider of property management services and software, which based its estimates on about 8 million individual lease transactions in market-rate apartments.

These “starting-out singles” have a median annual household income of just $36,000. Most rent small units—785 square feet is the typical size—in class-B properties.

Most of these renters are financially strapped, says Greg Willett, chief economist with RealPage. “The median rent-to-income ratio is 29 percent, so for about half of them housing demands a bigger chunk of their budgets than most feel is ideal.”

These roommate households spend just 20 percent of their combined incomes on rent. “Most of these households are living in class-B properties, but they can afford class-A product in metros with comparatively lower rents,” Willett notes.

Young people who move back home after they graduate from college delay joining either of these groups. On average, they plan to live with their parents for 8.5 months, according to Apartment Guide’s nationwide survey of more than 250 members of Generation Z who were in college at the time of the survey, gauging their plans for living arrangements after graduation.

For many of these young people, moving back home is fiscally responsible. “For young people with jobs, living at home can be a great way to save on expenses while paying off debt,” says Carberry.

They may even emerge from their parents’ basements with enough money saved to afford the first and last month’s rent on a better class of apartment than they would have been able to afford had they left home earlier. That’s good news for property managers who may benefit if these young people bring the money they have saved to their buildings.

“If these young people are smart at saving their money, they could afford to live in more desirable neighborhoods, like urban centers, where they might otherwise have been priced out of,” says Carberry. “In addition, depending on their financial situations, they could also be able to afford more luxury amenities.”