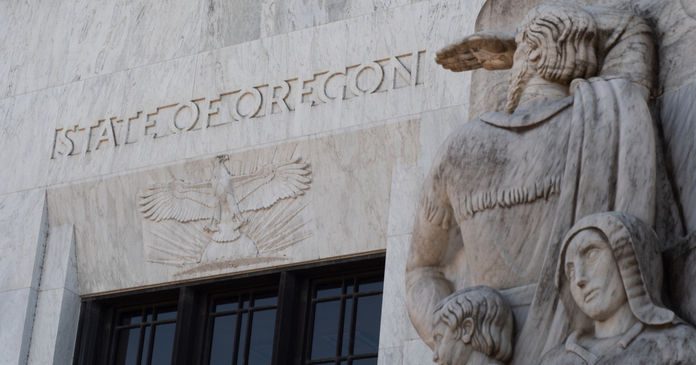 The governor of Oregon is expected to sign into law several bills to address housing issues in the state. Two bills, HB 2001 and HB 2003 have the potential to transform Oregon’s neighborhoods.

The most controversial of the bills is HB 2001, which effectively bans single-family zoning in Oregon’s larger cities. Cities with populations above 25,000 people must now allow duplexes, triplexes, fourplexes, townhouses and cottage clusters to be built in neighborhoods which were previously zoned for single family housing only. These cities have until July 1, 2022 to modify their local ordinances and planning rules to implement this change. Cities with populations between 10,000 and 25,000 people must allow duplexes to built in neighborhoods which were zoned for single family homes. These smaller cities have only until July 1, 2021 to implement this change.

Interestingly, both support and opposition to this bill was bipartisan with significant numbers of members of both parties voting for it and against it.

Note that Oregon is a state where cities often have defined urban growth boundaries. With these rules limiting the ability to bring new land under development, increasing density within the urban growth boundary is the primary way to increase the housing supply. This law makes that density increase easier to achieve.

HB 2003 requires that certain State agencies, led by the Housing and Community Services Department, work together to evaluate each city and metro area in order to determine its housing needs over the next 20 years. The estimates are to consider housing type (single family, multifamily, manufactured housing and mobile homes) as well as the projected income levels of the residents. The agencies are also required to develop estimates of the existing housing stock in each city and metro area so that housing shortage analyses can be produced for each.

The agencies are also to consider the “equitable distribution of publicly supported housing within a region” in developing its estimates.

The Housing and Community Services Department must submit its report on current housing stock and future housing needs to the Oregon Legislature by March 1, 2021.

Every city with a population over 10,000 is required to formulate a plan for how it will meet its future housing needs as they are estimated by the State. The cities will have to submit those plans to the Department of Land Conservation and Development, which will have the responsibility of determining whether those cities have met the housing goals assigned to them. HB 2003 modifies some of the cities’ reporting requirements. Cities that don’t meet the housing goals assigned to them may be required to do so by the State.

Taken together, these housing laws may significantly change the character of housing in Oregon, particularly where single-family zoning has been an impediment to growth. HB 2003 will impose growth goals on towns and cities that may have had less ambitious growth objectives. HB 2001 will give them a tool by which their more aggressive growth targets can be met.