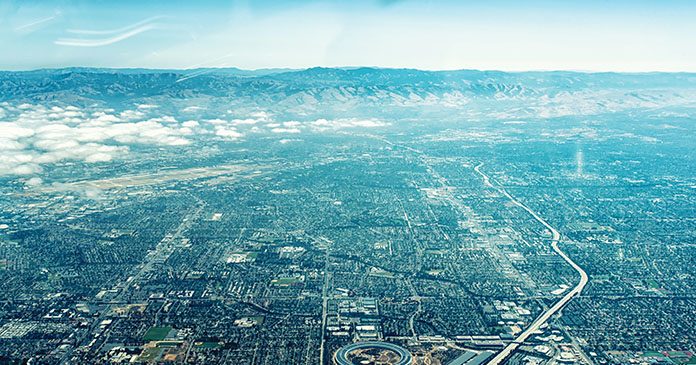 Cupertino, often criticized by activists over a perceived reluctance to build homes, is now officially on notice—the city must shape up its housing efforts or face the consequences, according to a warning letter from the state.

In the letter, the California Department of Housing and Community Development (HCD) threatened a lawsuit if Cupertino does not meet its housing obligations under state law. At issue is a massive housing, office and retail development proposed on the site of the old Vallco Shopping Mall, which has faced obstacle after obstacle as developers try to get the project off the ground. If the homes promised under that project don’t come to fruition, the state warned, Cupertino could fall out of compliance with its state-mandated housing goals.

While no legal action has been taken yet against Cupertino, the letter illustrates how the state is ramping up its enforcement of California housing law under Gov. Gavin Newsom, who has made solving the housing crisis a top priority. State housing officials sent a similar letter to San Bruno officials last week. In January, the state sued the city of Huntington Beach for failing to allow enough home building.

“HCD appreciates the difficulty jurisdictions face in balancing competing interests when making land use decisions,” HCD Deputy Directory Zachary Olmstead wrote in the letter to Cupertino’s city manager Friday. “However, the City also has the responsibility to zone adequate sites to accommodate housing needs and to ensure that new housing development opportunities are available to meet the housing needs of all members of the community.”

Cupertino Mayor Steven Sharf said he had read the letter, but would hold off commenting on how the city will respond until after he discussed it with the city attorney. But he said Cupertino has granted entitlements for several projects that are bringing the city into compliance with its state housing goals. The problem is not that the city is blocking housing—it’s that developers aren’t building the housing, he said.

“The cities don’t actually build the housing,” he said. “We entitle it and we approve plans and issue permits. If these property owners don’t submit plans and ask for permits, there’s very little we could do.”

Cupertino was responsible for zoning and planning for the construction of 1,064 new housing units by 2023, according to the letter. To meet that goal, city officials were supposed to adopt a specific plan and rezoning to build housing on the Vallco Mall site. But in May, city officials rescinded that specific plan after pushback from some residents. Opponents got enough signatures to place multiple referenda challenging the plan on the ballot.

Now developer Sand Hill Property Company is moving forward with another plan—to build 2,402 homes, 1.8 million square feet of office space and 400,000 square feet of retail on the site. That proposal was green-lighted under a new housing law—SB 35—which requires cities to fast-track certain residential and mixed-use projects.

But a group of residents who oppose the project, Friends of Better Cupertino, is suing the city to block the project and rescind its SB 35 approval. The city is not fighting back against that lawsuit, the state noted in its letter.

A hearing in that case is scheduled for September 6, 2019.

If the developer loses that lawsuit and the project comes to a halt, Cupertino could land in violation of state housing law, according to the letter. And Cupertino officials now are considering amending the city’s general plan to remove all office space allocations at the Vallco site. The general plan amendment wouldn’t affect the SB 35 project, but it would affect any project proposed for that site otherwise, and could make it economically challenging to build housing there as well.

“We are being used as a poster child for why the state should take away local control, which I think is very, very unfortunate,” he said.

“We have cautioned the City that actions to block housing like repealing last year’s Specific Plan and undermining the legal defense of our SB 35 project would put them out of compliance with state law and expose them to liability,” he wrote in an emailed statement. “We don’t buy the City Council’s lip service on housing and apparently neither does the State.”