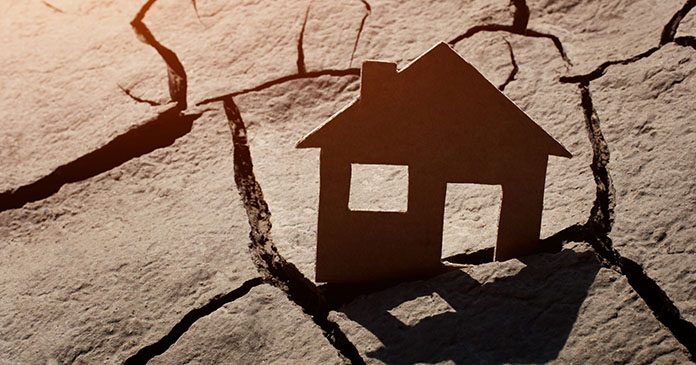 Four out of five American households believe the nation is suffering a housing affordability crisis and at least 75 percent report this is a problem at the state and local level as well, according to a new nationwide survey conducted by Morning Consult on behalf of the National Association of Home Builders (NAHB).

“Housing affordability is near a 10-year low and this poll confirms the challenges hard-working families face to keep housing within reach as rising costs continue to outpace wage growth,” said Greg Ugalde, NAHB chairman and a home builder and developer from Torrington, Conn. “Policymakers must roll back inefficient zoning rules, costly impact fees and outmoded land development regulations that are driving up housing costs, contributing to the mounting lack of affordable housing and hurting middle- and low-income households.”

More than 19,800 adults were surveyed in August to assess the public’s
attitude on whether a lack of affordable housing is a problem in their
neighborhoods, cities, states and nationwide. The poll cuts across partisan,
regional, demographic and socio-economic lines. Among its key findings:

A similar poll conducted in late November reveals that the housing affordability situation is worsening. Nationwide, 73 percent of respondents reported at the end of last year that a lack of affordable housing is a problem, 68 percent said this is an issue in their state and 54 percent cited housing affordability as a concern in their neighborhood.

Asked about potential solutions to the housing affordability problem, respondents in the August poll expressed modest-to-strong support for several policy prescriptions put forth by various candidates for federal elected office.

For example, 64 percent said they would support a proposal to expand government programs to increase the supply of affordable rental housing.

This was followed closely by 62 percent who said they would support a proposal to provide grants to families in areas historically affected by housing discrimination to assist with a down payment on a home.

And 57 percent said they would support a proposal to increase taxes on the richest Americans to pay for construction and rehabilitation of more rental housing that is affordable to lower-income households.

More than half of the respondents—52 percent—said they would support a proposal to reduce regulations, such as restrictive zoning and permitting procedures that increase the costs of constructing new homes.

The poll is also consistent with the latest findings from NAHB’s Housing Trends Report for the second quarter of 2019, which finds that 80 percent of buyers say they can afford to purchase fewer than half of the homes available in their local markets.

When asked which of the two major political parties is more likely to take action to reduce the cost of housing in the United States, respondents gave the edge to the Democratic Party (36 percent) over the Republican Party (21 percent). Another 24 percent said neither party, and 18 percent said they didn’t know or weren’t sure.