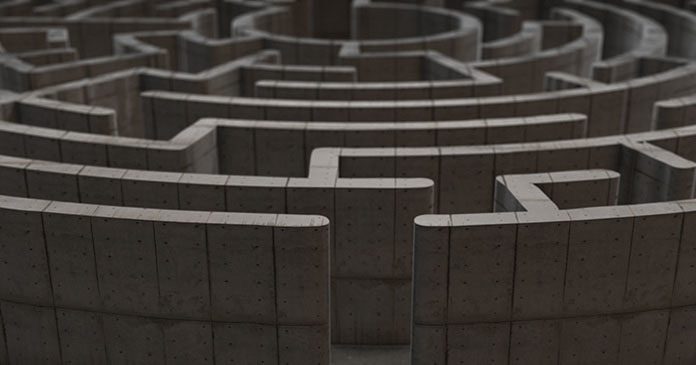 These days, there’s lots of discussion about the importance of leaders being more vulnerable and creating psychologically safe work environments in which people can share their feelings. But what happens when someone takes that too far?

A client of mine, I’ll call her Anna, recently struggled with this. Anna has developed a work environment in which people feel safe sharing their emotions. As a result, Tim, one of her most talented designers, was comfortable admitting his insecurities to his team. But what began as a need for reassurance, avalanched into Tim fishing for affirmation by talking about his work anxieties to a degree that alienated him from his peers. The more they ostracized him, the needier he became. “I don’t want to lose his talent,” Anna told me, “but I don’t have the energy to manage him.”

Anna’s case is a common one. Behavioral science shows that the most talented people are often the most insecure. Their ability to experience and express a deep range of emotions—from intense joy to deep sadness—is what fuels their creative expression. But no matter how talented, you are not responsible for providing someone with bottomless support, especially when it lowers team morale and takes from their ability to get work done.

Whether you manage someone who repeatedly asks the same questions, overshares, needs constant affirmation, or struggles receiving criticism, the best way to resolve the issue is to address it head on.

Managing the team and the emotionally needy

Test the person’s awareness. Emotionally needy people often don’t realize the degree to which they drain others. Their emotionality is the norm to them, so they may not observe that other people have different boundaries.

To approach the issue, start by scheduling a one-on-one meeting with the employee at hand. Use this time to ask them questions and gauge if they are aware of the impact their behavior is having on their peers. Anna started her conversation with Tim by asking, “I wonder if you realize the extent to which you look for the team’s reassurance?” She then demonstrated her intent to affirm his value, by quickly following up with, “While I’ve tried to tell you how important you are to our department, perhaps I’ve not been clear enough on how much I value your talent?”

In your own conversation, be ready to back up your questions with specific behavioral examples. If your employee responds to you with surprise, your feedback is likely new for them. In this case, be proscriptive, drawing clear distinctions between which emotional expressions and needs are appropriate, which are problematic, and why. If, on the other hand, the person acknowledges the problem—as was the case with Tim—they may not understand just how damaging their behavior is to others. When this happens, a more direct approach may be best.

Be direct about your emotional boundaries. If your first conversation doesn’t go as planned, do not abandon the issue. Leaders mistakenly try to limit the time they spend with emotionally dependent employees in an effort to quarantine them. But time limits only treat the symptom and decrease your emotional drain temporarily. If you fail to indulge your employee’s needs, they will likely find alternative ways to meet them. There is a more effective way to set limits around the degree to which a person should, and shouldn’t, draw emotional support from their team.

Set clear emotional boundaries during a private conversation with your team member. For example, without being harsh, judgmental, or dismissive, Anna could follow up with someone like Tim by saying, “I’m not sure how else I can reassure you about the quality of your work. What I need you to do is reflect on why the reassurance I’ve offered hasn’t worked. I’d like you to be especially curious about where your need for extra reassurance is coming from so you can be more self-sufficient when you’re feeling insecure.”

When you set boundaries, you force the other person to consider when to seek emotional reinforcement and when to refrain from it. If they continue to overreach, you can bring them back to the agreed upon boundary.

Treat needy people as if they are strong, not fragile. Unfortunately, following his conversation with Anna, Tim withdrew from the rest of the team. His peers started to walk on egg shells around him, feeling both annoyed by his silent treatment, and guilty for making him feel bad. If this happens after your own conversation, there are a few ways you can handle it.

First, try to distinguish fragility from over-sensitivity. There is an important distinction between the two. Emotionally fragile people are more likely to lose emotional control and struggle to regain it. They are triggered by many types of stressors, such as approaching deadlines or to-do lists.

Over-sensitive people, by contrast, focus their attention on relationships that provide affirmation. They often attempt to assert emotional control over others in order to engineer responses from them. Tim was determined to garner the support of his team, and when excessively asking for it stopped working, he turned to silence. His peers mistook that silence for fragility, when in reality, it was over-sensitivity. Over time, the team’s indulgence reinforced the exact behaviors they were trying to change.

A better approach would have been to tell Tim how they were experiencing his behavior. If you find yourself managing a similar situation, try this instead: In a private conversation, tell the employee who is struggling that you want to build a team environment in which people can ask for what they need. Explain that needing occasional emotional reinforcement is perfectly normal, but that everyone is different, and there is a limit to what each person can bear.

Use examples to demonstrate when you have experienced their behavior as burdensome, and encourage them to find heathier ways to get their needs met. This might mean turning to friends outside the workplace, or even a mental health professional who can help them talk through their emotions in a safe space.

Whatever you say, be sure to let this person know you care about them and your relationship. Doing so will show them that you’re on their side while also setting an example for the kinds of emotionally mature conversations they need to learn to have.

Don’t allow gossip about a needy team member. The more people talk about the needy person instead of to them, the more isolated they feel, and the needier they become. In the case of Tim, his insecurities were intensified through his peer’s behaviors. It was important that Anna made clear that alienating Tim or talking behind his back was unacceptable.

Emotionally over-sensitive people tend to be hyper-vigilant about how others tolerate their attention-seeking behavior. It’s highly likely that this is a lifelong pattern they’ve seen push others away before. When your team expresses frustrations about the needy employee to you or each other, rest assured, that person knows it.

Sometimes the needy person becomes the brunt of inside jokes or exchanged knowing looks among other team members. It’s crucial that you nip this collusion in the bud, and that you never participate in or condone it. The moment one team member’s imperfections become fair game for others to mock or gossip about, everyone’s are. This erodes trust and psychological safety faster than anything, and eventually, it will turn your entire team into emotionally insecure wrecks with insatiable needs for reassurance.

If you encounter gossip, or if others approach you with genuine concerns, your best approach is to send them back to their needy colleague to address it directly. Offer them coaching on how to deliver feedback, and even rehearse the conversation with them. If you indulge the complaint by getting involved for them, you further reinforce emotional dependence among your team.

As a leader, your job is to study the portfolio of the emotional needs of your team members, and develop strategies you can tailor to each person’s unique makeup. However, you’re not required to provide endless emotional support for people who struggle to meet their own needs. It’s crucial to remember that ignoring the situation is never the answer. The best approach is to help an emotionally dependent team member discover how to identify and meet their own needs. If you can do this gracefully and with care, you will help this person, and everyone around them.

Author Ron Carucci is co-founder and managing partner at Navalent, working with executives pursuing transformational change. He is the best-selling author of eight books, including the recent Amazon #1 Rising to Power.