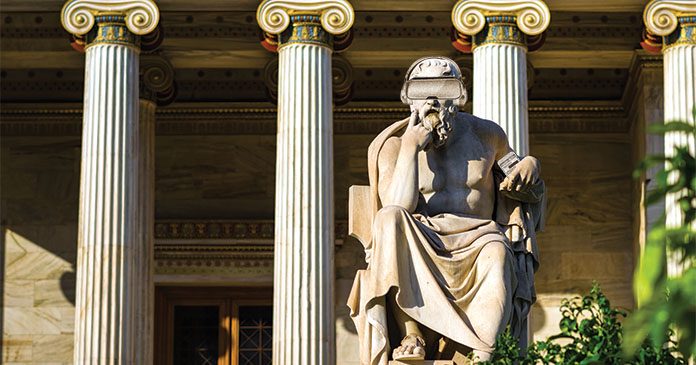 There’s a lot of talk about gender bias, racial bias, and culture bias at work, and each is important for many reasons. But perhaps one of the biggest and most problematic types of bias we face is the bias of age: we often evaluate people based on their age, and this is now becoming a major challenge in the workplace.

Several years ago, through our research for Deloitte, we asked around 10,000 companies, “Is age a competitive advantage or competitive disadvantage in your organization?” The answer probably won’t surprise you. Over two-thirds of the companies considered older age a competitive disadvantage. This is consistent with data from the AARP that shows two-thirds of individuals age 45 to 74 have experienced age-related discrimination.

In other words, if you are older, you are likely to be considered less capable, less able to adapt, or less willing to roll up your sleeves and do something new than your younger peers.

Much has been written about this recently, because the workforce is aging at a rapid rate. People age 60 and over are projected to outnumber children under the age of five within the next year, and by 2025 we expect 25 percent of workers in the U.S. and the U.K. to be over the age of 55. In fact, this same cohort of workers is the fastest growing in almost every country. In the U.S., job vacancies have outnumbered job applicants since 2018. This is largely a result of baby boomers reaching retirement at a rate faster than millennials are able to step into their place.

Why is this happening?

We face two clear demographic trends. First, and this is of course something we should celebrate, we are living longer. The average longevity of a human life goes up three months each year. In the U.S., life expectancy was 47 years at the beginning of the 20th century. It is now 79 years, and by the end of the century, it should reach 100.

Second, young people are having fewer children, and fertility rates are declining throughout the industrialized world. In the U.S., the U.K., Germany, Japan, and other countries the birth rate is 1.7–1.9 children, far below replacement. This means the only way these economies can grow is through improvements in productivity (which are not happening) or immigration (which is a political issue at the heart of most populist and nationalist candidates).

What is the solution?

We argue that companies must bring older people back to work and give them meaningful, important jobs. The myth propagated by the retirement industry is that people over the age of 65 should retire. Despite the billions of dollars spent convincing us that our “golden years” should involve travel, golf, and sitting around the pool, research actually shows that people who stop working and retire often suffer from depression, heart attacks, and a general malaise of not having as much purpose in their lives.

Many people, particularly those who have enjoyed long and meaningful careers, do like to work. In the wise words of Stephen Hawking: “Work gives you meaning and purpose, and life is empty without it.” It represents an opportunity to give value to others and the community; it gives you a network of friends and associates to be with; and it gives you something to do with your intellectual and physical energy. Why would we want to retire if we love our work?

Countless individuals in their 60s and 70s are actively engaged with their careers, and certain to avoid retirement. At 89, Warren Buffett is still regarded as one of the most brilliant brains in the world of finance, and Charlie Munger, his righthand man, is 95. At 61, Madonna is the undisputed queen of pop. At 81, Jane Fonda is as prolific as ever in her careers as an actress and activist. In addition, the most important job in the U.S. goes to people who would generally be considered “too old” to be productive in most offices. Only two presidents ended their tenure under the age of 50 (and one of them was JFK). The other 43 were 50 or older, including 22 aged 60 or older.

All this suggests that age does correspond with workplace wisdom, and research proves it. Contrary to popular belief, older, more tenured people are more successful entrepreneurs. Those over the age of 40 are three times more likely to create successful companies as a result of their patient, collaborative natures, and their lack of a “need to prove myself” attitude that tends to accompany youth.

What can companies gain from older workers?

Our career systems, pay systems, and recruitment and assessment systems are designed against hiring older people. Many companies believe that older people are “overpaid” and can be “replaced with younger workers” who can do the job just as well. People like Mark Zuckerberg and others publicly state that “younger people are smarter.” We have an entire media and publishing industry that glorifies youth.

The scientific evidence on this issue shows differently: For most people, raw mental horsepower declines after the age of 30, but knowledge and expertise—the main predictors of job performance—keep increasing even beyond the age of 80. There is also ample evidence to assume that traits like drive and curiosity are catalysts for new skill acquisition, even during late adulthood. When it comes to learning new things, there is just no age limit, and the more intellectually engaged people remain when they are older, the more they will contribute to the labor market.

Beside the value and competence older employees can bring to the workforce, there is the issue of cognitive diversity. Few things of value have ever been accomplished by individuals working alone.

The vast majority of our advancements—whether in science, business, arts, or sports—are the result of coordinated human activity, or people working together as a cohesive unit. The best way to maximize team output is to increase cognitive diversity, which is significantly more likely to occur if you can get people of different ages (and experiences) working together.

What actions can companies take?

To truly overcome age discrimination, and the damage it could bring to our global economy, companies need to take action. Here we provide a list of suggestions:

Give older people titles and roles that let them contribute their expertise. You can do this without necessarily offering higher and higher pay (to prevent replacing them with “cheaper” young people).

Offer accommodations for flexible work. This includes more accessible workstations with more light, larger fonts, and other things that can help accommodate the needs of people of all ages.

Look at pay equity by job and level, not tenure. Tenure is not a useful measure for pay, unless it directly translates into experience and skills that drive value to the company. It’s more than OK for an older person to make less money than a younger person if they’re new to the job. In fact, it’s fair.

Bring age diversity into your DEI programs. One of the studies we did at Deloitte showed that age-diverse teams feel more psychological safety and innovative than teams which are age-biased. Age brings a sense of security and wisdom to teams, so use it to your advantage.

Give older workers managerial roles, supervisor roles, and mentor roles. These positions will let them leverage their years of expertise or tenure. Everyone reaches their “Peter Principle” level eventually, but that doesn’t mean they can’t grow without going “up” the pyramid.

Recruit older people. Invite them back to work from retirement, and tell stories of older people succeeding at your company. Companies like Boeing, Bank of America, Walgreens, GM, and others now invite older workers to come back, through specific programs tailored to the aging. They are branded “returnships.”

Coach and teach recruiters not to discriminate by age. This includes tackling implicit biases, which is an illegal practice. When older workers find out they are excluded for non-specific reasons, they can and will sue your company.

Teach younger leaders about reverse mentoring. Show them how they can help older people and understand how to manage older workers, who have biases of their own.

As the global economy ages, ageism bias will become a more important issue than ever. Put the terms “longevity” and “age” into your wellbeing, DEI, and recruiting strategies. Remember that many people—no matter their age—do not have enough money to retire (even if they wanted to). In the U.S., it costs $1 million to retire at age 65, yet 21 percent of Americans have no savings, and 10 percent have less than $5,000 in savings. All this to say, people of every age are motivated to come to work.

If you can create an inclusive, fair, and meaningful experience for older employees, as well as younger ones, you’ll not only find your company becomes more innovative, engaging, and profitable over time, you will be benefiting society at large.

Authors Josh Bersin is founder of Bersin by Deloitte, and now the Josh Bersin Academy, the research and professional development academy for HR and business leaders. He is a global research analyst, public speaker, and writer on the topics of corporate human resources, talent management, recruiting, leadership, technology, and the intersection between work and life.

Tomas Chamorro-Premuzic is the chief talent scientist at ManpowerGroup, a professor of business psychology at University College London and at Columbia University, and an associate at Harvard’s Entrepreneurial Finance Lab.