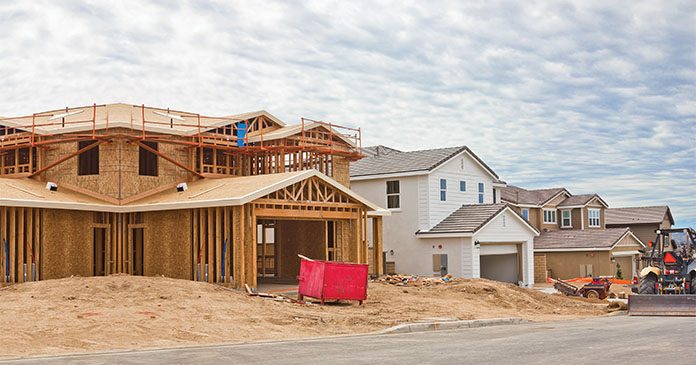 Second quarter data for 2019 reveal that approximately 42,000 homes were constructed as single-family built-for-rent homes over the last year—equal to the prior four quarter starts total—representing about 5 percent of single-family construction. Although the share of built-for-rent single-family homes remains a small percentage of the overall market, the number of units built continues to trend modestly higher as affordability headwinds generate demand for rental housing.

Given the small size of this market segment, fluctuations in the quarter-to-quarter movement in starts are more nuanced and typically not statistically significant.

The current four-quarter moving average of market share (4.9 percent) remains higher than the recent historical average of 2.7 percent (1992-2012); however, it is down from the 5.8 percent reading registered at the start of 2013.

This is an important question given recent attention on the built-for-rent sector of the residential construction industry.

NAHB analysis of the 2016 Census Bureau Survey of Construction microdata, which represents the latest data available, finds the following differences between single-family for-sale and new single-family homes built-for-rent (SFBFR) are:

Where are these homes being built?

According to the 2016 data, SFBFR homes were relatively more concentrated in the center of the United States.

The Census Division containing the higher share of such homes was the West South Central Division (Texas, Oklahoma, Arkansas, and Louisiana); this region claims 24 percent of the total SFBFR homes, totaling approximately 9,000 homes. The second largest division was the neighboring East South Central region (Kentucky, Tennessee, Alabama and Mississippi) with an 18 percent share, or about 7,000 homes.

However, as a share of total homes built, the high intensity area for single-family construction was the East South Central division (with 13 percent of single-family homes built as SFBFR), followed by New England with 10 percent.

These results are interesting because SFBFR is often tied to challenges for housing affordability in coastal, inefficiently regulated and/or high population growth areas. This is not what the 2016 data shows, indicating opportunity for SFBFR market growth in other areas of the United States.

NAHB’s outlook for the built-for-rent market

Recent declines in mortgage interest rates will, at the margin, reduce demand for rental single-family homes in the coming months. However, the share of SFBFR residences as a share of total construction will remain elevated due to mounting housing affordability challenges. Moreover, lower mortgage interest rates do not help mitigate the challenge of accumulating a down-payment in high-cost, low-supply housing markets. As a result, in such environments, some families will seek to rent a single-family home as an alternative to a multifamily apartment.

Although the single-family built for rent market segment will remain a relatively small share of the overall home building industry, NAHB forecasts that the count and the share of SFBFR will rise over the coming years. The data also indicates that growth prospects are likely to be concentrated in certain markets that possess relatively lower current shares of SFBFR construction.