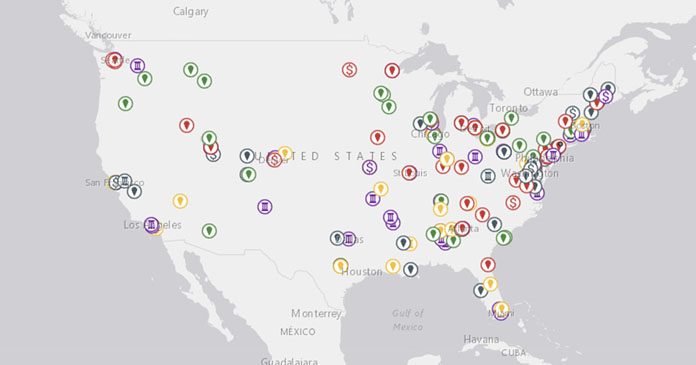 The Economic Innovation Group (EIG) launched the Opportunity Zones Activity Map, an online portal highlighting some of the most innovative and impactful publicly-announced developments catalyzed in the early stages of this new policy. This interactive tool will help raise awareness among policymakers, investors, and the public of the impact Opportunity Zones is having in communities across the country.

The online portal, which will be updated on a rolling basis, depicts core components of the emerging Opportunity Zones marketplace, including investments utilizing the incentive, new funds forming to deploy capital into zones, and public and civic sector initiatives creating an impact in communities. The curated list of activities included in the map showcases the broad geographic reach of Opportunity Zones, the diverse range of sectors involved, and the promising investment ecosystem now being established.

“Every marker in this portal represents an Opportunity Zones success story in progress,” said John Lettieri, President and CEO of EIG. “We designed this project to provide the public with a better understanding of the diversity of the emerging Opportunity Zones marketplace, and to bring greater attention to the important work being done in low-income communities nationwide thanks to this policy.”

Earlier this week, EIG published the first three in a series of Opportunity Zone Development Profiles in partnership with the National Council of State Housing Agencies. The projects in Ohio, Maryland, and Florida, which are also highlighted in the EIG Opportunity Zones Activity Map, incorporate Opportunity Zone investment to create new affordable homes and support community revitalization efforts.

EIG has been a leading advocate for comprehensive tracking, reporting, and measurement requirements at the federal level to ensure the transparent evaluation of Opportunity Zones. This portal, which is intended to highlight qualitative insights in order to scale promising models and best practices, is not a substitute for a comprehensive federal framework.