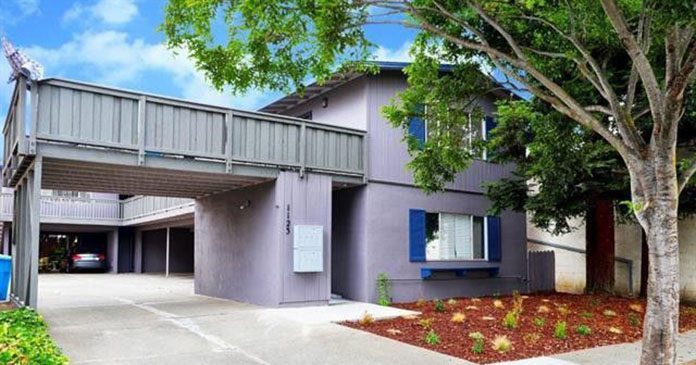 Levin Johnston of Marcus and Millichap, one of the top multifamily brokerage teams in the U.S. specializing in wealth management through commercial real estate investments, recently directed the sale of a mixed-use property featuring three retail suites and seven multifamily units in San Francisco, California and the acquisition of Broadway Apartments, an eight-unit multifamily property in Burlingame, California, on behalf of a single client in a 1031 exchange transaction, according to Adam Levin, Executive Managing Director of Levin Johnston.

“With this 1031 exchange, we were able to help the buyer of Broadway Apartments trade out of a multifamily and retail property, subject to San Francisco’s tight rent regulations, and into an apartment community in a highly affluent submarket that offers significant upside potential,” says Johnston. “Based on our deep and long-standing relationships with the parties involved, we strategically negotiated a satisfying close of the acquisition of Broadway Apartments, within just six weeks of the sale of the mixed-use asset.”

Burlingame is located in the heart of Silicon Valley and known for its high quality of living. Broadway Apartments offers residents close commutes to some of the nation’s top tech employers including Oracle, GoPro, EA, Facebook, Cisco Systems, Visa, Sony, and many others.

The property is also in short walking distance of both a Caltrain station and a free trolley service that provides transportation to and from nearby Downtown Burlingame’s high-end shopping, dining, and entertainment options.

Additional 1031 exchange transactions completed by Levin Johnston this year include:

These deals demonstrate the popularity of 1031 exchanges for properties in the Bay Area, according to Levin.

“These transactions are a tried-and-true method for private investors to build and preserve wealth through the real estate market,” says Levin. “The number and magnitude of the 1031 exchanges we’ve completed within the Bay Area market this year are a testament to the strength and performance of assets in this highly desirable market, as well as our ability to identify opportunities and exceed the expectations of our investor clients when completing the exchanges.”

Levin Johnston has completed over $540 million in sales in 2019 to date, demonstrating continued health in the commercial real estate market in this region.