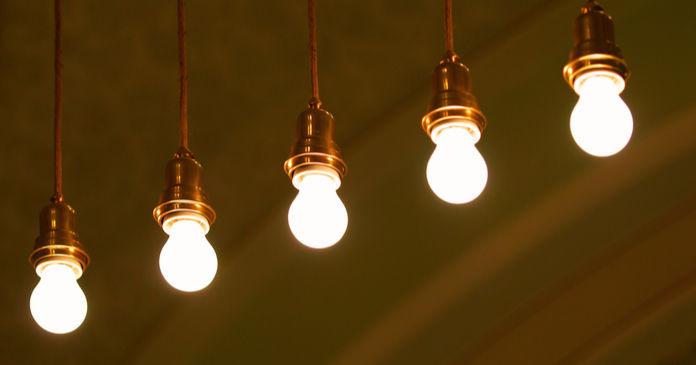 The Bureau of Labor Statistics (BLS) released its producer price index report for January 2020. It showed that overall prices for processed goods for intermediate demand fell by 0.3 percent in the month after three months of increases. Falling energy prices accounted for much of the decline. Excluding food and energy, the price index for processed goods for intermediate demand was up by 0.3 percent for the month. The full index was 1.0 percent lower than its year-ago level.

The BLS price index of materials and components for construction was up 0.5 percent from December 2019, before seasonal adjustment. It was also 0.5 percent higher than its year-earlier level.

For reference, the changes in these indices compare with a 2.5 percent rise in the all-items consumer price index (CPI-U) for the 12 months ending in January, the highest rate in a little over a year.

Yield Pro (PRO) compiled the BLS reported price changes for our standard list of construction commodities. These are commodities whose prices directly impact the cost of constructing an apartment building. The two right hand columns of the table provide the percent change in the price of the commodity from a year earlier (12 Mo PC Change) and the percent change in price from December 2019 (1 Mo PC Change).

The surge in the prices for softwood lumber products in mid-2017 provided the impetus for creating this regular blog post. However, lately the prices for these construction materials have moderated. While they are no longer falling, their prices are now lower than they were in July 2017. Some modest price increases have been seen in recent months but the rate of increase is in line with the increase in the general level of prices as measured by the CPI-U. Price changes for softwood products are shown in the first chart. 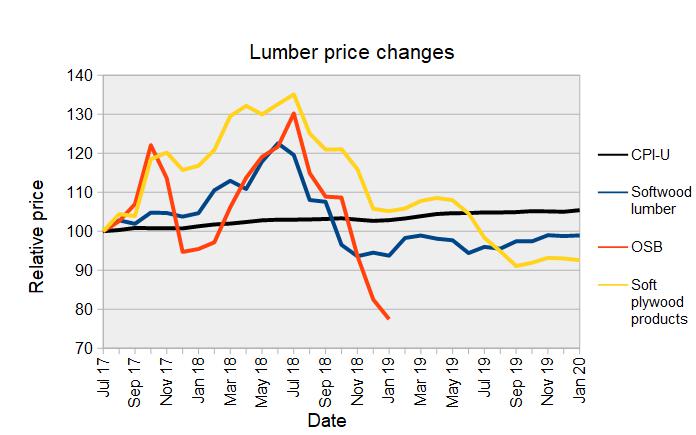 The second chart, below, shows the recent price history of several other construction commodities whose prices increased rapidly in early to mid-2018. While the prices of these commodities are almost all down from their recent highs, many of them are still significantly higher than their July 2017 levels. In addition, two these commodities whose prices increases had dropped below the general rate of inflation, hot rolled steel and gypsum products, saw their prices jump this month. 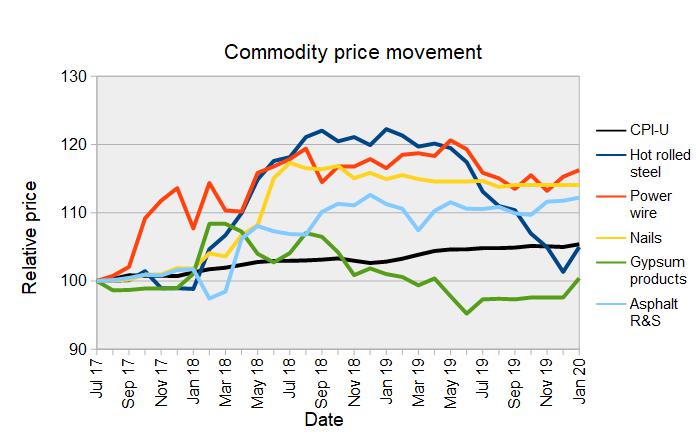 Price changes for several of the more finished goods from our sample are illustrated in the final chart, below. While these goods did not experience rapid run ups in prices in the 2017-2018 time frame, their prices have been advancing steadily. Recently, several of these items have seen the fastest rate of price appreciation of the construction commodities we track. Over the last 12 months, prices are up 7.2 percent for electrical lighting fixtures, 3.1 percent for plumbing fixtures and fittings and 3.0 percent for furnaces and heaters. 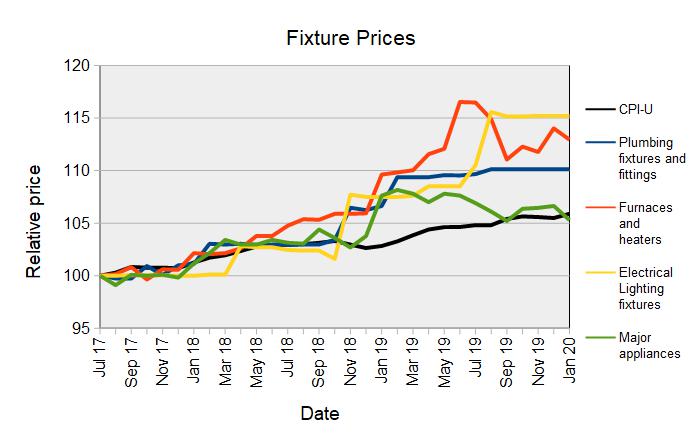