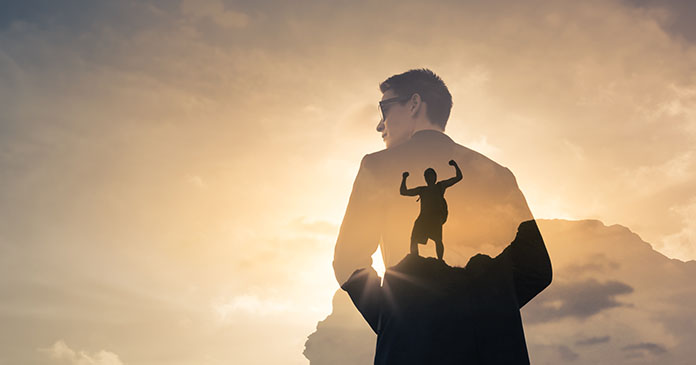 Whether it’s trying to land a new job or a new deal or client, we often focus on making a good initial impression on people, especially when they don’t know us well or the stakes are high. One strategy people often use is to cater to the interests, preferences, and expectations of the person they want to impress.

Most people, it seems, believe this is a more promising strategy than being themselves and use it in high-stakes interpersonal first meetings. But research I conducted with Ovul Sezer of the University of North Carolina at Chapel Hill and Laura Huang of Harvard Business School found those beliefs are wrong.

Too eager to please?

Our research confirmed that catering to others’ interests and expectations is quite common. When we asked over 450 employed adults to imagine they were about to have an important professional interaction—such as interviewing for their dream job, conducting a valuable negotiation for their company, pitching an entrepreneurial idea to potential investors, or making a presentation to a client—66 percent of them indicated they would use catering techniques, rather than simply being themselves; 71 percent reported believing that catering would be the most effective approach in the situation.

But another study we conducted found that catering was much less effective than being yourself. We asked 166 entrepreneurs to participate in a “fast-pitch” competition held at a private university in the northeastern U.S. Each entrepreneur presented his or her venture idea to a panel of three judges: experienced, active members of angel investment groups. The ideas pitched were all in the early stages; none had received any external financing. At the end of the event, the judges collectively deliberated to choose 10 semifinalists who would be invited to participate in the final round. After entrepreneurs made their pitches, we had them answer a few questions about their presentations. We found that when they were genuine in their pitches, they were more than three times as likely to be chosen as semifinalists than when they tried to cater to the judges.

Why? First, when we cater, we intentionally minimize our own interests and preferences in favor of those of others. And when we try hard to hide what we’re doing and who we really are from the person we are trying to impress, it’s cognitively and emotionally draining, which, in turn, can undermine our performance. Second, since we can’t know the preferences and expectations of the target with certainty, no matter how much research we’ve done on them, it heightens our anxiety and make us both feel and come across as phony. All this hurts our performance in the meeting.

Putting it to the test

Our research bears this out. In one study, we recruited 379 working adults and told them that they would read a job posting and then prepare a two- to three-minute video in which they spoke about themselves and the job they were asked to imagine applying for. They would then be asked to answer a few questions. Participants were told that a research assistant with hiring expertise would score the videos and decide, based on the results, how likely she’d be to hire them. Participants were told that those with the highest scores would also receive a financial bonus.

Making a positive impression can mean the difference between employment and unemployment or landing and not landing a good deal or client. But contrary to our intuition, simply being yourself makes a better impression than catering to another person’s interests and expectations. It not only feels better; it also improves the likelihood that you will achieve your goal.

Author Francesca Gino is a behavioral scientist and the Tandon Family Professor of Business Administration at Harvard Business School. She is the author of Rebel Talent: Why It Pays to Break the Rules at Work and in Life and Sidetracked: Why Our Decisions Get Derailed, and How We Can Stick to the Plan.