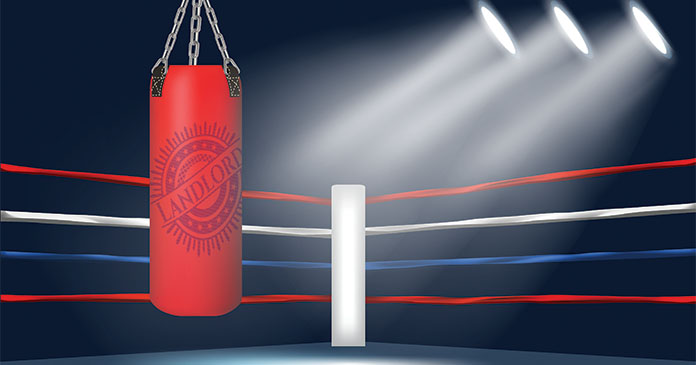 New York City recently implemented its far-reaching Housing Stability and Tenant Protection Act of 2019. That law enacted extensive amendments, all plaintiff protective, to New York’s 1969 Rent Stabilization Law (RSL). The Act imposes the RSL throughout the state. It also reverses the state’s earlier position on Luxury Decontrol for High Income Tenants. Formerly, when a tenant earned over $200,000 per year and paid a rent of at least $2,700 per month, the unit was decontrolled to allow the landlord the benefit of market rate rents. But under the new law, well-heeled tenants can continue to pay at most 15 percent of their gross rent on city housing.

The new act also sharply limits rent increases when landlords make improvements on a tenant’s premises. The older system allowed increases of up to 6 percent per annum, but the newer rules cap that figure at 2 percent, which makes it highly unlikely that a landlord can recover the costs of those improvements (assuming these are still made) over their useful life.

Finally, the new law also works a major change for the many units covered by the RSL but which are rented at below the regulatory cap. These below-cap rentals show how rents are in many areas constrained solely by powerful market forces: landlords cannot move up to the maximum rent levels when demand is not there. Nonetheless, the 2019 law treats the tenant’s current rent as a statutory base for calculating any future rental increases for that tenant. These landlords are now severely restricted in the extent by which they can raise rents going forward.

But this new protection to the current tenant makes it less likely that any current tenant will voluntarily leave, so that an entirely new cohort of unwilling landlords will now have to do battle before the New York City Rent Guidelines Board (RGB), which is composed of landlords, tenants, and, of course, the general public. The RGB has broad discretion to determine those increase bases using such nebulous factors as the condition of the residential real estate industry (including taxes and operating costs), the cost of living, and any other data it deems relevant to the overall operation. Individual variations in specific units are necessarily overlooked in these annual determinations.

New York’s RSL represents a massive interference with the operation of competitive markets, even though it is widely understood elsewhere that competition is the best way to maximize the welfare of tenant and landlord alike. This point is not idle speculation, but is supported by the relatively smooth operation of rental markets—no queues, no intrigue—in cities without rent control. Individual units turn over freely, so that older persons, for example, can easily relocate to cheaper and smaller units after their children have grown up.

In contrast, under the RSL regime, elderly couples, widows, and widowers are incentivized to hang on to stabilized units that could easily house young families. That inefficient underutilization of space contributes mightily to the City’s chronic housing shortage that forces late-comers to pay high rentals in the unregulated market. Indeed, rent control is a particularly insidious form of price controls. Typical price controls, which only set maximum rates, are usually abandoned because it becomes clear over time that no one wins. But rent control endures because its beneficiaries are the sitting tenants who use their voting power to retain huge subsidies that can amount easily to tens of thousands of dollars per year per tenant.

Sadly, this corrupt system has proven to be immune from constitutional attack. Yet that attack should succeed on the simple ground that its mandatory renewal provisions force landlords to surrender possession of their premises for below market rents—a classic taking without just compensation.

An examination of New York Attorney General Letitia James’ brief against a recent challenge to the RSL shows the threadbare nature of the City’s arguments. It claims the landlords’ “physical takings claim fails because the RSL does not result in any encroachment on private property.” That assertion is critical under current law, as the Supreme Court’s 1982 decision Loretto v. Teleprompter Manhattan CATV Corp. holds “that a permanent physical occupation authorized by government is a taking without regard to the public interests that it may serve.” Loretto applied that per se rule to a cable box perched on the plaintiff’s roof. So how, someone might ask, could a sitting tenant whose possession is protected by state law not be in physical occupation of the rental unit under government authorization?

Because, as Loretto concludes, “States have broad power to regulate housing conditions in general and the landlord-tenant relationship in particular without paying compensation for all economic injuries that such regulation entails.” It then cites, without discussion, a set of collateral cases, without any functional explanation as to why they sanction rent control statutes.

How we got here

The original 1920s rent control statutes were far more modest affairs, which, unlike New York’s complex scheme, only required landlords to keep rents at their historical levels for a two-year period, when wartime conditions could create a sharp increase in prices. That more modest statute was sustained by the Supreme Court in 1921 by a five-to-four vote in Block v. Hirsh, because of its “temporary” war time effect, with the Court holding that a “limit in time, to tide over a passing trouble, may well justify a law that could not be upheld as a permanent change.” The Court made good on that limitation three years later by refusing to uphold an automatic renewal of that statute in Chastleton Corp. v. Sinclair. Here, Justice Holmes (who also wrote the majority opinion in Block) again held that a “law depending upon the existence of an emergency or other certain state of facts to uphold it may cease to operate if the emergency ceases or the facts change even though valid when passed.”

Chastleton should deliver a decisive blow against the RSL, which relies on a “housing emergency” that it defines as a vacancy rate in New York City below 5 percent. Those low vacancy rates are the consequence of the very rent control law that makes sitting tenants want to stay put. This is, of course, a far cry from external necessities, like wartime conditions. The fastest way to regain a normal housing supply is to let rates rise freely until the new supply of housing brings rents back down again.

Nonetheless, the City gets matters exactly backward when it claims that the RSL is necessary “to prevent exactions of unjust, unreasonable and oppressive rents and rental agreements and to forestall profiteering, speculation and other disruptive practices.” In practice, it is precisely the existence of this grotesque two-tier pricing system that encourages all sorts of deceptions by tenants to keep their below-market rentals. On this takings analysis, the entire system should be struck down, root and branch, regardless of any unique details.

Regrettably, it is highly unlikely that current courts will strike down RSL in its entirely. Still, there is a second set of arguments to attack the 2019 Act even if prior versions of the RSL remain. As the City acknowledges, the takings clause also involves so-called “regulatory takings” cases whereby challenges are made to various activities under a balancing test that weighs the City’s interest against that of the sitting tenant. The City pooh-poohs this line of cases by writing that “rent stabilization laws do not deprive owners of use of their property, but merely govern the landlord-tenant relationship.” But that loose formulation allows the City total discretion to cut rents below a landlord’s costs such that they would necessarily be required to operate their properties at a loss. As the 1976 California Supreme Court held in Birkenfeld v. City of Berkeley, a public utility model, used to set rates for gas and electricity, requires that rates not be “confiscatory,” so that constitutionally they must allow for a fair and reasonable rate of return on investment.

Under this model, any appreciation in the value of the underlying unit goes to the tenant. Yet at the same time, the landlord is entitled to get a reasonable rate of return on his or her sunk investments. Yet the City’s brief does not explain whether the 2019 Act pays the slightest attention to whether the law ensures a permissible rate of return. The position for landlords was already precarious under the earlier iterations of the law. Their position now could well become only more treacherous under the current statute, which imposes multiple restrictions without making a single adjustment favorable to landlords. Accordingly, the City should be made to explain how that required rate of return is assured, or why the statute looks only to the welfare of sitting tenants while ignoring the welfare of everyone else.

Making the best of a bad situation

I regard the potential legal morass over the RSL as unfortunate. Traditionally, the raison d’être of rate regulations hearings was to prevent public utilities and common carriers from gaining monopoly returns on their investments. But since rental markets are intensely competitive, Birkenfeld’s regulatory takings model makes sense as a second best solution. It is best to scrap the entire scheme altogether, with suitable transition provisions to avoid any unnecessary disruption of New York’s rental markets. Hopefully, this Act is dispatched quickly before the new progressive trend goes national.