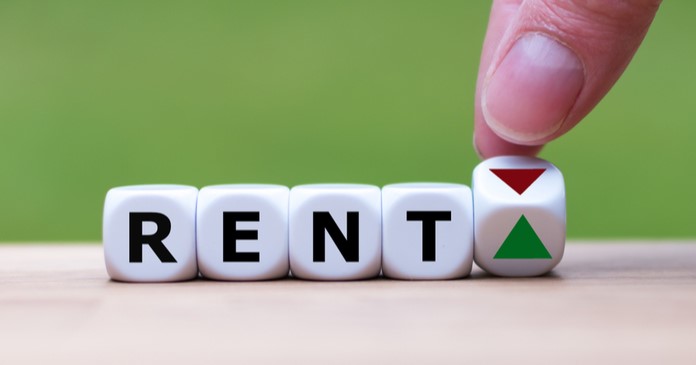 Apartment List has released its report describing rent changes through February, 2020. The report finds a slower rate of rent growth and lower average rent levels than those described by other sources.

Apartment List attributes much of the difference between the average rents that they see and those reported by other sources to sample bias. In their analysis, they start with the broadest possible view of the rental housing market: that which comes from the American Community Survey data from the Census Bureau. Sources who base their estimates of average rents on data taken from apartment listing sites may overstate average rents since higher-end apartments are over-represented on those sites when compared to their portion of the total number of apartments available in a given area.

When calculating changes in average rents, Apartment List looks only at same-unit data, much as does the Case-Schiller Index when looking at changes in home prices.

One other difference in the data reported by Apartment List is that is is provided on a city-by-city basis. Other providers of rental data may provide their results based on metropolitan areas, which may comprise several of the cities included in the Apartment List report.

The Apartment List analysis found that year-over-year rents were up 1.7 percent nationally through February to an average of $963 per month for a one bedroom and $1,194 for a two bedroom apartment. For reference, a recent report by Yardi Matrix, pegged annual rent growth at 3.0 percent with an aggregate average rent of $1,473 per month.

As others have reported, Apartment List found that the metro areas with the fastest rate of rent growth over the past year have been Las Vegas and Phoenix. However, Apartment List identifies the satellite cities of Mesa, Ariz. (5.1 percent) and Henderson, Nev. (3.9 percent) as having the fastest rent growth, rather than the core cities of these metro areas. Rounding out the Apartment List top six are Nashville, Tenn. (3.6 percent), Phoenix, Ariz. (3.5 percent), Austin, Tex. (3.4 percent) and Las Vegas, Nev. (3.4 percent). All of these rates of rent growth are lower than those reported elsewhere.

The Apartment List report points out that average hourly earnings have increased by 3.1 percent over the past 12 months. Therefore, if the lower rate of rent growth in this report is accurate, then rental affordability has improved over the last year. If the higher rates of rent growth reported elsewhere are accurate, the best that could be said is that average rental affordability is not getting any worse.

The full report has downloadable data sets on over 650 cities as well as links to more detailed analysis of rent growth data in 32 key cities. Oddly, Las Vegas is not one of the latter group. Altogether it makes for interesting reading and provides a counterpoint to some of the other rent growth reports.