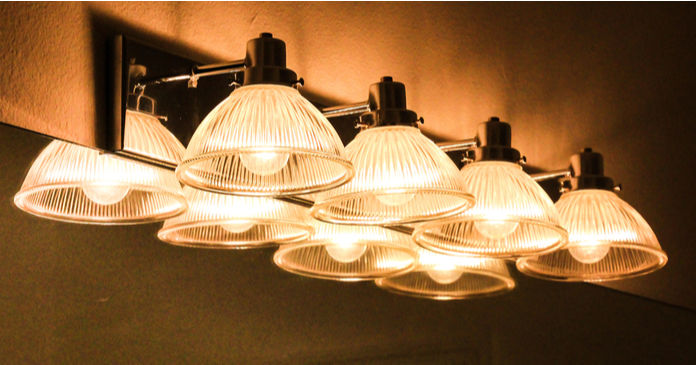 The Bureau of Labor Statistics (BLS) released its producer price index report for February 2020. It showed that overall prices for processed goods for intermediate demand fell by 0.9 percent, the second monthly drop in a row. Falling energy prices accounted for much of the decline with a 4.0 percent drop. Excluding food and energy, the price index for processed goods for intermediate demand was down by 0.2 percent for the month. The full index was 2.1 percent lower than its year-ago level.

The BLS price index of materials and components for construction was up 0.2 percent from January, before seasonal adjustment. It was also 0.4 percent higher than its year-earlier level.

For reference, the changes in these indices compare with a 2.3 percent rise in the all-items consumer price index (CPI-U) for the 12 months ending in February, which was down slightly from the January rate of increase.

Yield Pro (PRO) compiled the BLS reported price changes for our standard list of construction commodities. These are commodities whose prices directly impact the cost of constructing an apartment building. The two right hand columns of the table provide the percent change in the price of the commodity from a year earlier (12 Mo PC Change) and the percent change in price from January 2020 (1 Mo PC Change). If no price data is available for a given commodity, the change is listed as N/A. 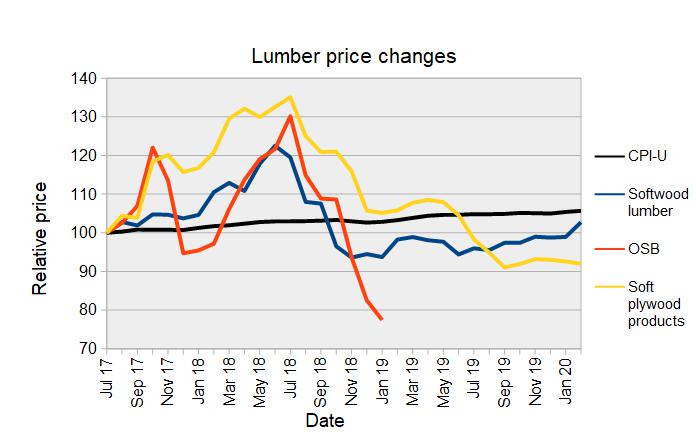 The second chart, below, shows the recent price history of several other construction commodities whose prices increased rapidly in early to mid-2018. While the prices of hot-rolled steel and gypsum products are down significantly from their recent highs, the prices of of the other commodities in the chart are down only modestly. Recently, price changes for these construction materials have shown no clear pattern with prices being up one month and down the next. 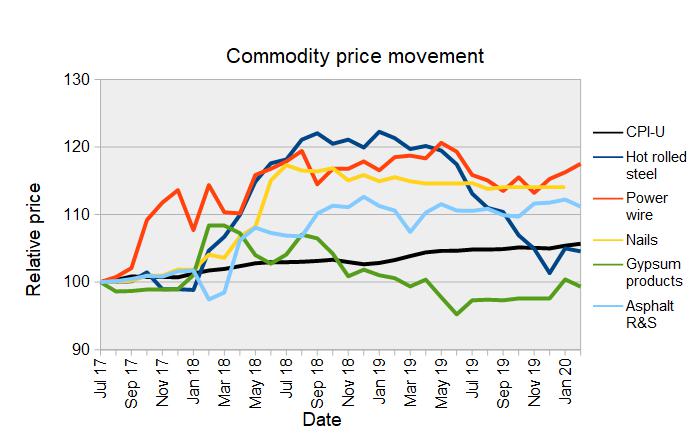 Price changes for several of the more finished goods from our sample are illustrated in the final chart, below. Electrical lighting fixtures again showed the largest annual price increase in this report with a rise of 7.1 percent. However their prices have shown a pattern of surging and then flattening and they have risen little in the last several months. Furnaces and heaters, and enameled iron and metal sanitary ware have also shown relatively rapid price increases over the last 12 months with rises of 3.4 percent and 3.5 percent respectively. These increases are higher than the general rate of inflation as measured by the CPI-U, but not excessively so. 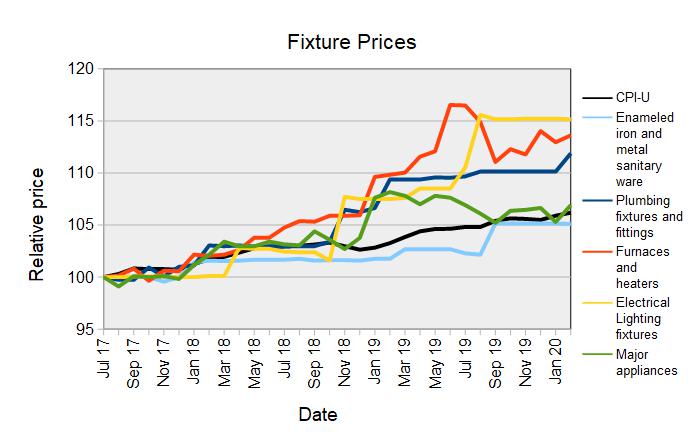