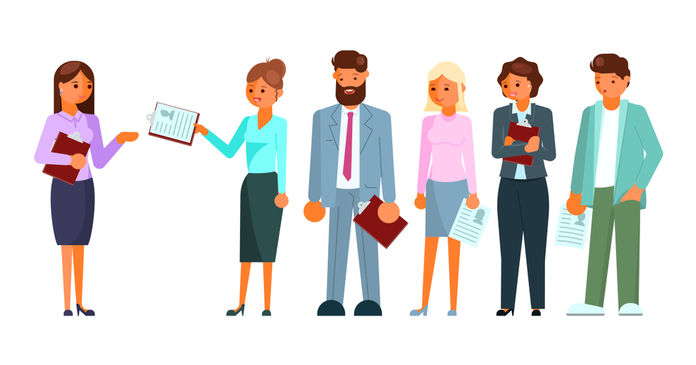 Two recent studies, one by Yardi Matrix and one by WalletHub, attempt to identify the regions of the country where the local economy is most likely to be impacted in response to the COVID-19 outbreak.

The Yardi Matrix study focused on employment in segments of the economy deemed to be exposed to dislocations due to the COVID-19 outbreak. The segments examined in the study are lodging and hospitality, retail trade, and mining, logging and construction. The energy industry, which has been impacted by the oil production war between Russia and Saudi Arabia as well as by the drop in demand due to the COVID-19 triggered reduction in economic activity, is included in the mining, logging and construction category.

The top 5 metro areas for having the largest portion of their jobs in at-risk categories were Las Vegas (49 percent), SW Florida Coast (44 percent), Orlando (41 percent), Ft. Lauderdale (36 percent) and Houston (35 percent). The first three cities are highly exposed to the lodging and hospitality industry, Ft. Lauderdale tops the retail and wholesale trade category and Houston ranks number 2 in the mining, logging and construction category.

As might be expected, the metro areas with the highest absolute numbers of at-risk jobs are the metros with the largest populations. They are New York (1.91 million), Chicago (1.38 million), Los Angeles (1.35 million), Houston (1.13 million) and Atlanta (0.90 million).

The WalletHub study examined data at the state level rather than at the Metro level. It looked at a wider range of variables and attempted to not only assess the potential impact of the COVID-19 outbreak on the state but also how well equipped the state was to deal with that impact.

To assess the potential impact of the virus, it looked at both the employment in vulnerable industries and also the portion of the state’s GDP generated by those industries. It also considered the jump in unemployment at the end of March in 2020 vs the same week the year earlier, and the share of employment from small businesses, which are less able to survive economic stress.

To assess how well a state might cope with the virus, the study looked at factors assessing how many people worked from home and the strength of the infrastructure enabling such work. It also looked at the state’s fiscal condition and reserves.

Given that three Florida metro areas were in the top five cited in the Yardi Matrix study, it is not surprising to see it also listed highly in the WalletHub study. However, once WalletHub factored in the late March layoff and small business data, Florida was only ranked as the 19th most vulnerable state on their list.

Based on both WalletHub’s measure of a state’s vulnerability to the virus and their assessment of its ability to deal with it, WalletHub’s ranking of the top five states whose economies are most likely to be impacted by the virus are Louisiana, Rhode Island, Nevada, Maine and New Hampshire.

While it is not surprising that Louisiana and Nevada made the list, the other states are less obvious. We will only know whether or not this list is prescient once the crisis is long past, the economy has fully recovered and we can assess how individual states fared. However, the April 16 Labor Department unemployment report cited Rhode Island as the state with the highest unemployment rate at 11.9 percent, so maybe WalletHub is onto something.