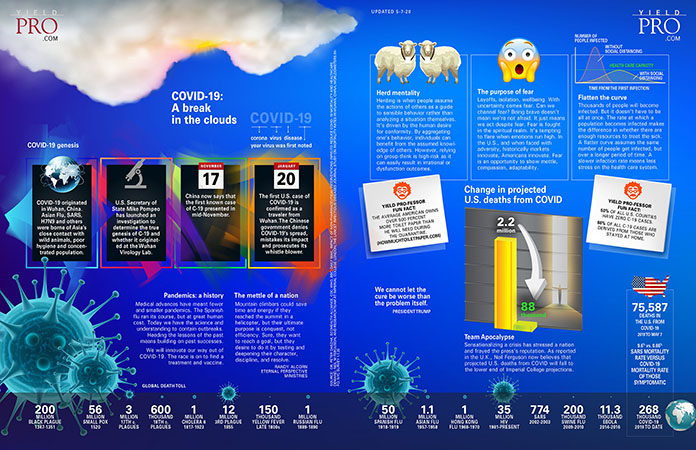 It‘s thought that COVID-19 was passed to humans from bats via pangolins, a mammal highly prized in traditional Chinese medicine.

The first U.S. case of COVID-19 is confirmed as a traveler from Wuhan. The Chinese government denies COVID-19’s spread, mistakes its impact and prosecutes the whistle blower.

Medical advances have meant fewer and smaller pandemics. The Spanish flu ran its course, but at great human cost. Today we have the science and understanding to contain outbreaks. Heeding the lessons of the past means building on past successes.

We will innovate our way out of COVID-19. The race is on to find a treatment and vaccine.

The mettle of a nation

Mountain climbers could save time and energy if they reached the summit in a helicopter, but their ultimate purpose is conquest, not efficiency. Sure, they want to reach a goal, but they desire to do it by testing and deepening their character, discipline, and resolve.
Randy Alcorn Eternal Perspective Ministries

Herding is when people assume the actions of others as a guide to sensible behavior rather than analyzing a situation themselves. It’s driven by the human desire for conformity. By aggregating one’s behavior, individuals can benefit from the assumed knowledge of others. However, relying on group-think is high-risk as it can easily result in irrational or dysfunction outcomes.

The purpose of fear

Layoffs, isolation, wellbeing. With uncertainty comes fear. Can we channel fear? Being brave doesn’t mean we’re not afraid. It just means we act despite fear. Fear is fought in the spiritual realm. It’s tempting to flare when emotions run high. In the U.S., and when faced with adversity, historically markets innovate, Americans innovate. Fear is an opportunity to show mettle, compassion, adaptability.

Thousands of people will become infected. But it doesn’t have to be all at once. The rate at which a population becomes infected makes the difference in whether there are enough resources to treat the sick. A flatter curve assumes the same number of people get infected, but over a longer period of time. A slower infection rate means less stress on the health care system.

The average American owns over 500 percent more toilet paper than he will need during the quarantine. (howmuchtoiletpaper.com)

COVID-19 is more transmissible than thought. But because strong measures have been taken deaths will be closer to lower projections. Neil Ferguson, epidemiologist, Imperial College London

We cannot let the cure be worse than the problem itself. President Trump

Sensationalizing a crisis has stressed a nation and frayed the press’s reputation. As reported in the U.K., Neil Ferguson now believes that projected U.S. deaths from COVID will fall to the lower end of Imperial College projections. 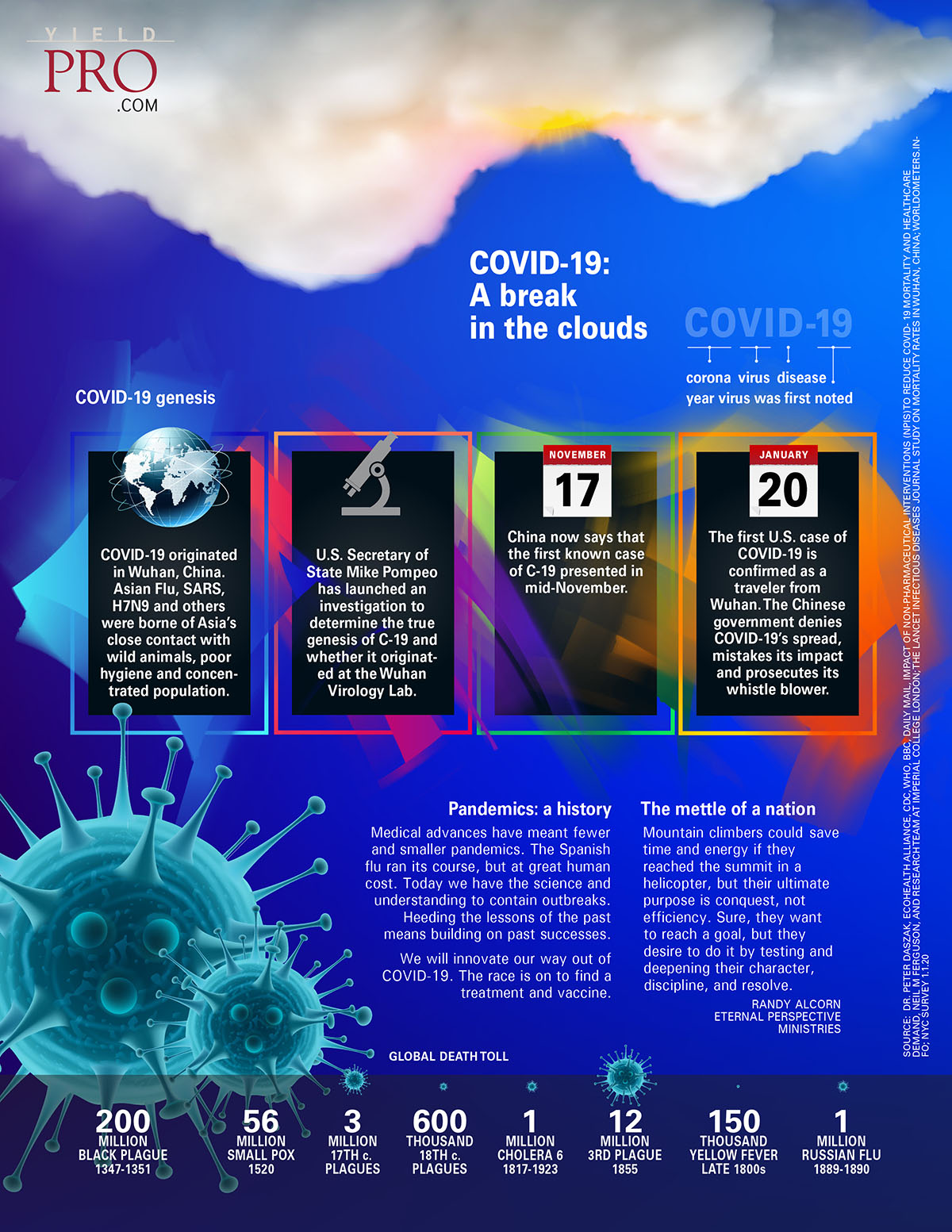 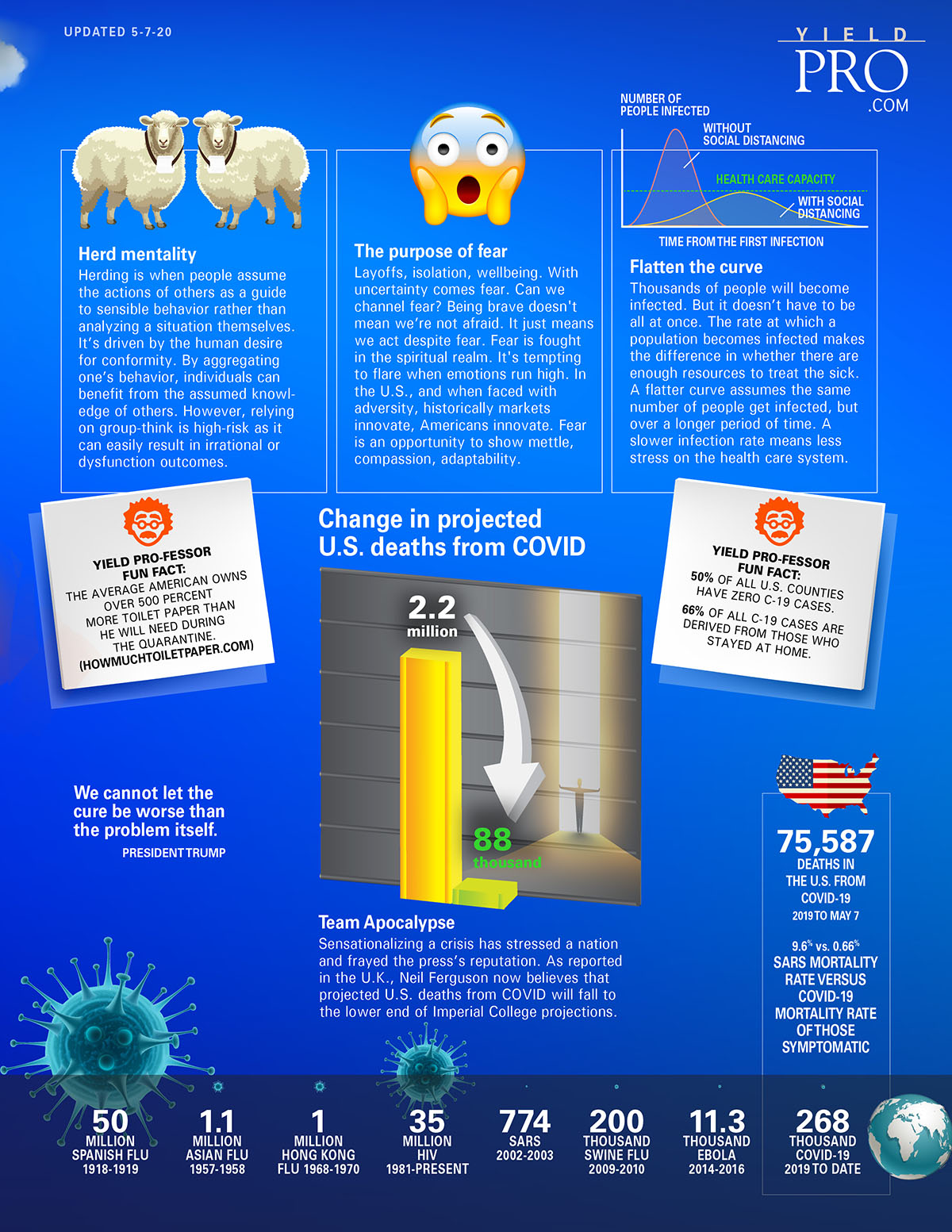