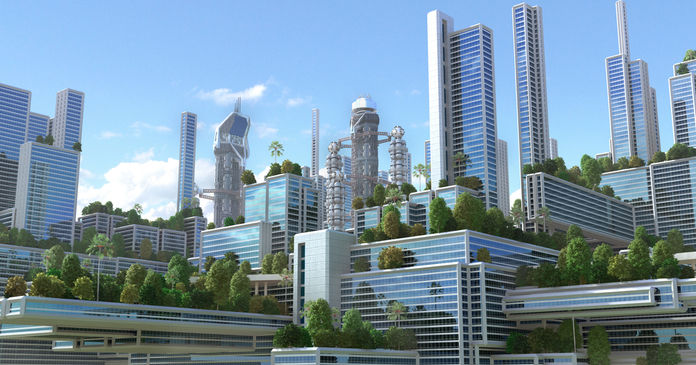 An article by Edward Ring on the California Policy Center website titled “Sustainable Megacities” presents interesting facts and discusses a number of emerging technologies that may be employed in cities in the future.

Hollowing out the world

In 2020, there are 38 metropolitan areas in the world with populations exceeding 10 million people. Only six of them are in rich countries. While the world’s population is expected to grow from 7.8 billion currently to 9.7 billion in 2050, the increasing trend of people moving to urban areas will result in the number of people living in rural areas to actually decline over that time. In other words, “open space” is expected to increase as a natural consequence of people’s preference for city life.

Ring promotes local agriculture to feed the populations of the megacities. This improves food freshness and reduces transportation costs associated with getting the food to the consumer. No, this would not mean acres of farm land interspersed with skyscrapers. He believes that indoor urban agriculture can supply this need. This form of growing plants is based on either hydroponics, aeroponics or aquaponics and allows plants to be grown indoors in stacked systems. While the technology is not yet cost competitive with standard agriculture, it is being actively pursued. Companies working in this space include Aerofarms, Cubic Farms, VertiCrop, ZipGrow, Bowery and Skyfarm.

Another advantage of indoor urban agriculture in megacities is that the food production system can be integrated with the water purification system. Just as reclaimed water is frequently used to water landscaping in urban environments now, this water could be supplied to indoor farms in the future.

To solve the transportation problem with densely populated urban areas, Ring suggests going underground. Specifically, he cites the work of Elon Musk’s The Boring Company to bring down the cost of tunneling and Musk’s development of his Loop and Hyperloop transportation systems as potential solutions to allow people to move about easily. Whether or not Musk’s companies succeed, some of his insights, like using more, smaller diameter tunnels to reduce the amount of soil excavated, may influence plans for future transportation systems.

The beauty of going underground is that, if one level gets too congested, you can go deeper. It also eliminates surface roads, which can act as barriers between different parts of a city.

It all takes power

Ring points out that megacities are only feasible with inexpensive, reliable power. Power is needed to move people and goods about, to heat and cool buildings, to purify and supply water, as well as to remove waste. He advocates “all of the above” power sourcing, tapping into all commercially available means of power generation.

The full article can be found here.