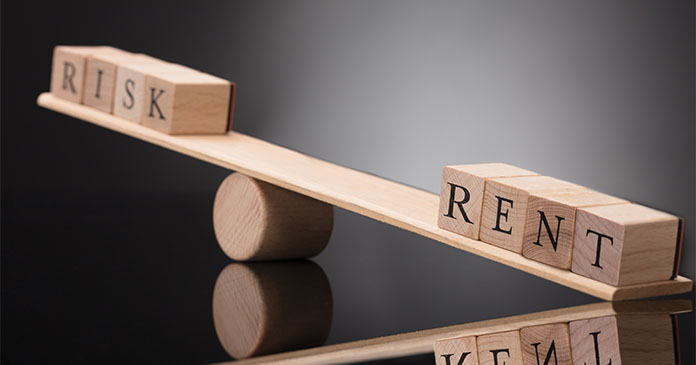 As tenant protections get stronger, corporate landlords use software to manage delinquent renters. But housing advocates see a tool for quicker evictions.

In the ever-evolving cat-and-mouse game between landlords and renters, the latter have been getting the upper hand in several cities. Laws that guarantee a lawyer to people facing eviction have found traction in Philadelphia, San Francisco, New York, and other cities. Last year, New York State passed a suite of bills that one lawmaker in Albany called “the strongest tenant protections in history.”

In response, landlords are shifting their priorities from booting tenants to squeezing them for the rent as efficiently as possible. And landlords with large portfolios of hundreds or thousands of units are turning to technology to give them an edge. ClickNotices—a dashboard for tracking rents, from receipt through delinquency and all the way to eviction—is part of a new generation of online “delinquency management platforms” that can automate some of the unhappier chores of landlording.

Through a shared dashboard, property owners and their agents are able to prepare and deliver notices for late rents; corporate landlords can generate hundreds of late notices at once. With a few keystrokes, their lawyers can spit out all the necessary legal boilerplate language for a lawsuit. In some jurisdictions, the landlords can even bring the suits themselves.

Bringing such frictionlessness to the fraught world of landlord-tenant transactions has a number of positive effects, the company says: Namely, it facilitates more communication between landlords and tenants, which means more opportunities to settle a dispute before lawyers get involved. But some tenant advocates worry that this kind of software accelerates disagreements to the legal arena, where landlords—especially large or institutional landlords—enjoy a huge advantage.

Reacting to the changes

For landlords, one-click-eviction software might be a novel response to new tenant protections. In New York City, for example, evictions have fallen 41 percent since 2013, in large part thanks to the city’s first-in-the-nation law guaranteeing tenants the right to eviction counsel.

“Right now, because of the laws, eviction is not something that benefits anybody,” says Craig P. Gambardella, a partner with Kucker Marino Winiarsky & Bittens, a firm that focuses on real estate law in New York. “It used to be, pursuant to the old law, that if you got an eviction from a tenant or a vacancy from a tenant in a rent-stabilized apartment, you were able to increase the rent 20 percent off the bat.”

That’s no longer possible in New York, where the so-called vacancy bonus was abolished, among other incentives, by the landmark package of protections passed by the state last year. “A lot of those increases have gone by the wayside,” Gambardella says. “In New York, the name of the game is streamlining your rent efficiency.”

Landlords with hundreds or thousands of properties under their charge are facing a wave of new regulations in progressive states. In New York, the period of time before a landlord can likely take a tenant to court over delinquent rent has jumped from about two weeks to roughly six weeks. Renters get more time between notices, too, and more time to settle up.

Investors have taken notice, too. Bloomberg reported in January that apartment building sales fell 40 percent in New York City. Building owners are convinced that it’s now too difficult to raise rents, even to recoup the costs of maintenance or improvements. So investors are steering clear of rent-regulated units, instead pursuing market-rate buildings at higher prices, analysts say. These changes—above all the repeal of vacancy decontrol and the vacancy bonus—are even prompting some landlords to hold units vacant.

Programs such as ClickNotices represent an alternative to holding out for Albany to reverse course. “Our goal is not to get tenants into court,” says the company’s CEO, Matt Barbieri. “That’s the last resort in terms of collecting rent.”

ClickNotices got its start in 2010 as a paper-processing company for failure-to-pay-rent actions in Maryland. Founder Toyin Bello launched ClickNotices as an answer to his own frustrations managing rental properties in Baltimore.

As the company grew, its leaders came to realize that small and large landlords alike struggle with transparency and compliance. ClickNotices plugs into all the accounting programs used by big landlords—Yardi, RealPage, Entrata, MRI and others. But what distinguishes the program is its ability to generate pre- and post-eviction litigation paperwork.

Since 2016, when the founders sought Series A funding, the company has expanded: ClickNotices now operates in 13 states, mostly on the East Coast. Lawmakers in coastal states are taking up tenant protections rapidly, which is one reason that ClickNotices has repositioned itself as a tenant-engagement platform, Barbiari said.

Speaking for the residents

Tenant advocates say that programs such as ClickNotices or eWrit Filings, another delinquency management software company, are essentially helping landlords funnel tenants into rent court, regardless of the merits of the case. Large or institutional landlords might file thousands of late-rent notices per month, and when they go to court, it’s largely on the landlord’s say-so, according to Matthew Vocci, a founding member of Santoni, Vocci & Ortega, a firm that represents tenants and consumers.

“The reality is that when you file thousands of these, most of them are going to go through by default,” Vocci says. “The court is used as an arm of the landlord to collect. This is mass filing on just whatever information was plugged into the spreadsheet.”

In Maryland, state law doesn’t require a landlord to hire a lawyer to represent a claim before rent court, so a filing company (such as ClickNotices) can send an agent instead. They’re rarely lawyers, Vocci says.

In certain jurisdictions, they might appear before rent court three or four times a week on behalf of their clients. Vocci calls filing agents “super users” in Baltimore rent court; they sit where the police usually sit in traffic court. “Typically what they have is spreadsheets with names and how much they purportedly owe, and that’s about it,” Vocci says.

Mass filings shift the burden of proof onto tenants, who do not have access to a courthouse regular to represent them. Lawmakers are working to tilt the scales. New York City is expanding its successful eviction counsel pilot program, and Detroit, Minneapolis, San Antonio, Los Angeles and several other cities plan to follow suit.

Speaking to the residents

Barbieri says that communicating with tenants, not hauling them to court, is the goal at ClickNotices. There’s hardly any communication between large property managers and tenants between the first of the month and the sixth, mostly because corporate landlords don’t go banging on doors and shouting about the rent.

In Maryland, where ClickNotices is headquartered, there’s no notice requirement at all: The first time a tenant finds out there’s a problem might be when the sheriff tacks up a notice.

This is the old way of doing things, Barbieri says. ClickNotices offers different “baskets” of options for engaging tenants: automated texts, emails, and the like. Barbieri says that his company has worked to educate his clients about the value proposition in asking tenants why the rent is late. “We are all for, from a communication aspect, additional notice requirements,” Barbieri says. “We were on the early edge of those tenant-friendly laws.”

More states are setting stricter requirements for serving notices for appearances before rent court, such as first-class or certified mail or private servicers. That’s just one front in the new class of tenant protections coming online. As the company expands, ClickNotices is adding attorneys to provide more court services and guarantee compliance. The goal is still to get people to pay the rent.

But when notifications don’t work, delinquency management programs help landlords pivot to court action with the click of a mouse. Even if eviction is no longer the explicit goal as jurisdictions make evictions more difficult, the threat still does the same job.

“I went back and pulled some articles in the 70s about how rent court is being used as a collection arm for the landlords. It’s certainly easier to file these things when you have software on the backend,” Vocci says. “The more things change, the more they stay the same.”