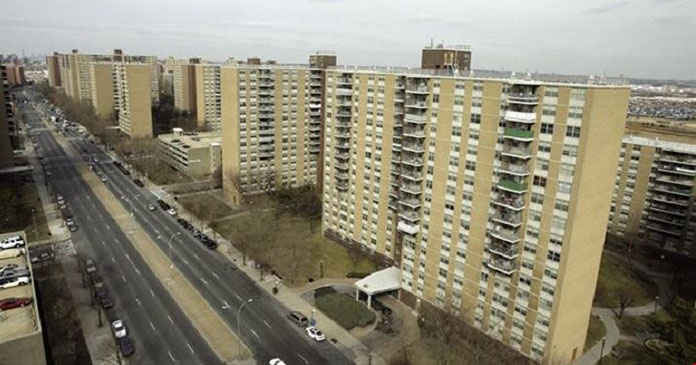 In New York City’s well-heeled 12th Congressional District, a housing activist named Pete Harrison is running in the Democratic primary to unseat incumbent Congresswoman Carolyn Maloney. But that’s not the only campaign he’s waging. Harrison is currently engaged in a “rent strike” against his landlords, Blackstone Real Estate. This is a rather curious position to take, as we’ll get to momentarily, but he seems adamant about seeing that nobody has to pay their rent during the pandemic shutdown. He was recently offered the chance to pen an op-ed on the subject in the New York Daily News. Let’s take a look at some of the backstory.

My landlord in Stuyvesant Town is the private equity giant Blackstone, which happens to be the world’s largest private landlord. Blackstone sent a letter to tenants on March 30 offering a “rental assistance program” during COVID-19. The program just meant tenants can break their lease and move during a pandemic, use their security deposit (and pay it back later), or commit to paying full rent over a longer period of time, if we can prove we’ve suffered economic loss.

This is wildly offensive. Blackstone has over $500 billion under management. It will eventually receive billions of public dollars during COVID-19 from both the CARES Act and the Federal Reserve. This is on top of the $225 million in help Blackstone received from the city to buy Stuyvesant Town in 2015.

So Harrison isn’t paying his rent to his evil landlords at Blackstone, despite apparently being quite financially stable with his job as a professor at Baruch’s Zicklin School of Business, along with his work as a consultant on multiple political campaigns and for other progressive groups. It’s all a matter of principle, you see.

Let’s first take a look at the terrible treatment the tenants in Harrison’s apartment complex have received. Blackstone offered to let anyone who was considering fleeing the Big Apple to break their leases at no penalty. For those who were staying, they offered to allow tenants to shift their security deposits to cover part of their rent, or skip paying while they were out of work with the chance to make up the missed payments via installments spread out over time.

Do you know how much of that Blackstone was actually obligated to do? None of it. Their only government-mandated restriction was that they couldn’t evict anyone for ninety days. Sounds to me as if Blackstone went above and beyond the call in an effort to ease the strain on people who lost their jobs during the lockdown.

Harrison further goes on to falsely claim that Blackstone doesn’t need the money (as if that’s an issue) because they will “receive billions of public dollars” from the federal CARES Act. But that’s not true at all. Blackstone, as a member of the American Investment Council, lobbied the White House to allow some smaller firms that they have invested in to receive federal aid, but not for themselves or the other members of the council.

This entire “rent strike” idea may seem understandable from the perspective of those who have lost their jobs, but there will be no housing if all of the landlords wind up being bankrupted after losing at least 25 percent of their revenue this year. Better solutions are required, but they should also at least partially protect the interests of landlords who, like Blackstone, have bent over backward to offer flexible payment options and relief to their tenants.

Of course, we may not be hearing much more from Pete Harrison after next month’s primary. In the 12th district, the primary basically is the election because that part of the city is so overwhelmingly liberal. Carolyn Maloney has won her past six general elections with an average of more than 80 percent of the vote. As far as the primary goes, she does indeed have a strong challenger, but his name is Suraj Patel. He ran a surprisingly strong bid in the 2018 primary, garnering more than 40 percent of the vote and he’s back for another try. I wouldn’t expect Harrison to make much of a dent in the numbers next month.