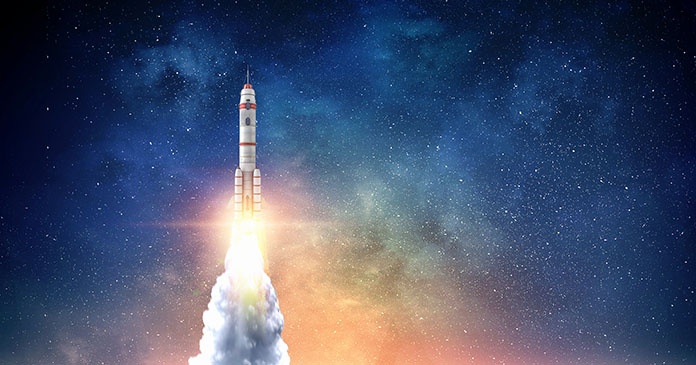 It was just months ago that economic indicators marked the most welcome creation of wealth and growth, and the nation made record gains in prosperity fueled by optimism and ability.

How do we get the economy going again?

After all, it’s fundamental to the financial well-being of our residents, our vendors and to our own operations, which are the backbone of the country and a leading indicator of the nation’s economic health.

Prosperity leads to greater individual freedom, better health and is grounded in the dignity of work. It’s at the intention of our business enterprises and of our nation.

How do we move forward? Successful businesses know to track data and emulate success, so let’s begin with the policies that encouraged the boom in the first place: regulatory and tax relief, and certainty. Simple enough: less crisis mode and more of the personal liberties that make us, U.S.

Shut-downs have created agony in the labor market impacting renters in all product classes, but most especially the low income sector. The heartbreaker is that this group was enjoying historic employment highs before the corona chaos.

“The same recipe that produced the strongest labor market in modern history can restore the wealth we lost because of the pandemic,” said Andy Puzder, author of Getting America Back to Work. Puzder is a senior fellow at Pepperdine School of Policy and former CEO of CKE Restaurants (Carl’s Jr. and Hardees).

“If government helps people now, as it should, but otherwise gets out of the way and empowers the private sector, the impact of the virus will be a short-term hit from which we will recover rapidly. If the government keeps its heavy hand on the economy, we may never fully recover.”

There may be no clearer example of the balance between government and the private sector than in the California housing crisis. Thirty years ago California legislatures declared housing to be “of vital importance” as they instituted multiple government programs to solve for affordable housing.

In a recent decision, the California Supreme Court lamented that—despite the efforts of government—“the significant problems arising from a scarcity of affordable housing have not been solved over the past three decades. Rather, these problems have become more severe and have reached what might be described as epic proportions in many of the state’s localities.”

With that, the California Supreme Court upheld the same regulations. Go figure.

In 2018, the National Association of Home Builders (NAHB) published a survey on the cost impact of regulations on new apartment development. They found that the accumulation of all levels of government regulations added 32 percent to the construction of new apartments.

In a quarter of the cases that number reached 42.6 percent of the cost to develop new rental housing.

In May, Clyde Wayne Crews, VP of policy at Competitive Enterprise Institute, published a report on the financial impact of regulations on the American economy.

The total annualized cost of federal regulation came in at $1.9 trillion, or about 9 percent of the total national economy. That doesn’t include the $72 billion to administer these rules, according to another estimate by The Weidenbaum Center at Washington University in St. Louis and the George Washington University Regulatory Studies Center in Washington, D.C.

That’s about $14,000 a year per household. If it were a visible tax, the total burden would be larger than all corporate and personal income taxes combined.

With the onset of corona, the administration suspended or relaxed another 561 regulations—from the provision of health care services, to hand sanitizer production, to small business lending reforms.

The stream of deregulation that began a couple months ago seems to be a growing trend. Streamlining business process will encourage economic growth and get the nation back to the improvements we were seeing only a couple of months ago.

And that is the new normal.