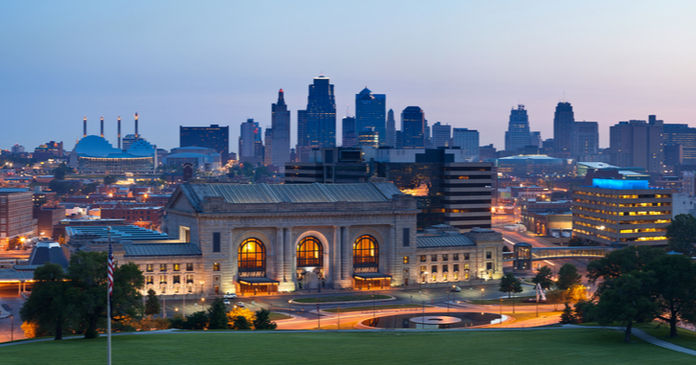 Yardi Matrix released its May 2020 report on the multifamily rental housing market. The report shows that the COVID-19 induced softness in the market is continuing.

While the usual annual pattern is for rents to rise in the spring during the “leasing season”, the nationwide average rent in May fell by $5 from its April level to $1460 per month. This is the second monthly drop in a row, bringing the two-month decline to $13. However, on a year-over-year basis, the average rent was still up by 0.8 percent.

For reference, the Bureau of Labor Statistics (BLS) reported that the all-items urban consumer price index (CPI-U) rose 0.1 percent on a year-over-year basis in May. The shelter portion of the CPI was up 2.5 percent in the last 12 months. The BLS also reported that average weekly earnings of all employees on private non-farm payrolls in May were up 7.7 percent over the last 12 months. This surprising increase may be due as much to a change in the mix of jobs occupied in the market as in any real increase in wages. The unemployment rate in May fell by 1.4 percent to a level of 13.3 percent, with non-farm payroll employment rising by 2.5 million during the month.

The report identifies major markets with the highest average annual rent growth as Phoenix (3.5 percent), Inland Empire (2.8 percent), Indianapolis (2.5 percent), Seattle (1.8 percent) and Philadelphia (1.8 percent). All of these rates of growth are down from those recorded last month.

The Yardi Matrix forecast for annual rent growth is now negative for 19 of the 30 metros. The metro now forecast to have the highest rate of rent growth in 2020 is Sacramento with a forecast increase of 5.6 percent. Rounding out the top 5 are Indianapolis (3.3 percent), Tampa (2.2 percent), Twin Cities (1.3 percent) and Kansas City (1.1 percent). At the bottom of the list are Las Vegas (-8.7 percent) and Atlanta (-4.4 percent), cities usually found at the other end of the list.

Houston and San Antonio tied for the dubious distinction of being the metro with the lowest occupancy rate of the top 30, coming in at 92.2 percent. At the other end of the scale, the Twin Cities had the highest occupancy rate at 96.1 percent, followed by Orange County at 95.9 percent. Occupancy was down slightly from its year-earlier level in all 30 of the metros tracked in the report. Denver had the largest decline in occupancy with a fall of 1.1 percent over the year.

While the focus of these monthly reports from Yardi Matrix is usually on rent growth over the previous 12 months, this report also provided metro-level data on month-to-month rent changes. When compared to April, only 3 of the 30 metros tracked in the report saw positive rent growth. They were Kanas City (0.4 percent), Baltimore (0.1 percent) and San Antonio (0.1 percent). Orlando, Portland, Indianapolis and Inland Empire saw little to no change in rents. The other 23 metros all experienced rent declines for the month, with rents falling by as much as 0.9 percent in Houston and San Jose.

Different regional economies are being re-opened from the COVID-19 related shutdowns at different rates and at different times. This will likely have an impact on occupancy rates and rent growth and may impact the relative positions of the metro areas on the rent growth rankings. For example, while Phoenix is still number one on the list for highest annual rent growth, it is only number 23 on the list for monthly rent growth, with a sizable decline for the month.  If it continues to under-perform on a monthly basis, it will soon drop on the annual rent growth list.