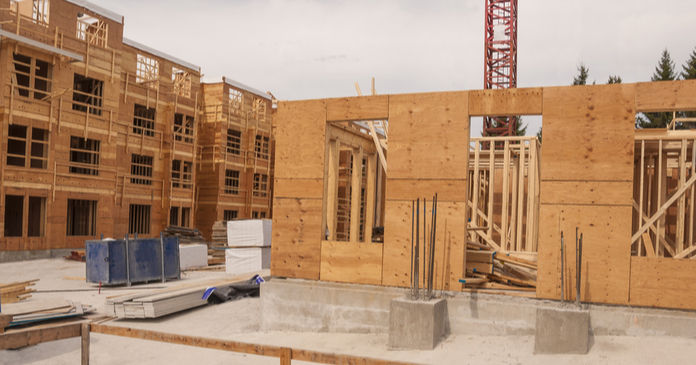 In addition, 39,000 permits were issued in June for buildings with 2 to 4 units. This was down 4 percent from the previous month but was only slightly off the recent pace of permit issuance.

Regional data for multifamily housing is only reported for structures with two or more units. “Structures with 5 or more units” is not broken out as a separate category. Since the regional data is highly volatile and is frequently revised, it is examined here based on three-month moving averages. This averaging will tend to smooth out the effects of sudden shocks like the shutdowns in reaction to the COVID-19 pandemic.

Nationally, the three-month moving average for permits issued for multifamily housing in June was down 4 percent from the May level and was down 9 percent from the level of June 2019. This is shown in the first chart, below. The three-month moving average came it at 426,000 units, 14 percent below the trailing 12 month average.

The following chart shows the three-month moving averages of permits by region for the last 25 months. 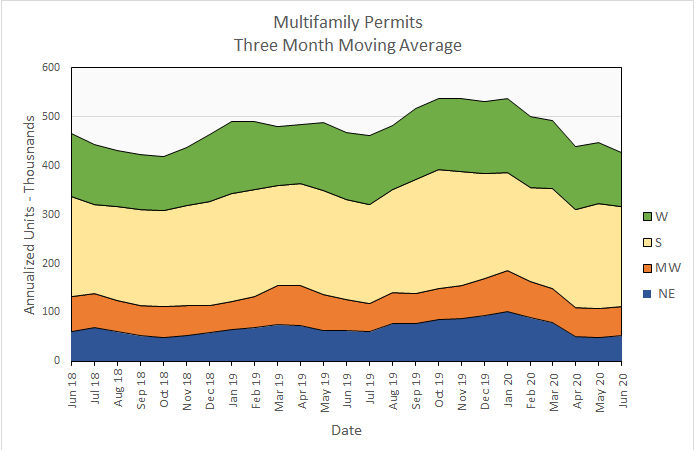 The June report saw starts for both April and May revised upward from the levels reported last month. In addition, the preliminary report for June finds starts in buildings with 5 or more units per building rising 19 percent from the revised May figure to a level of 350,000 units on a seasonally adjusted, annualized basis. This figure is down only 3 percent from the figure for June 2019.

Multifamily housing construction starts (two or more units per building) in May were down 4 percent from their May levels for the country as-a-whole, based on three-month moving averages. Starts were down 16 percent in the South but rose by 10 to 11 percent in the other regions of the country. 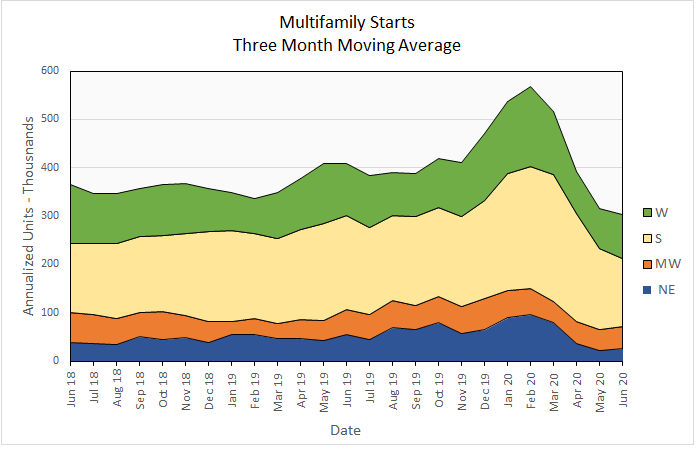 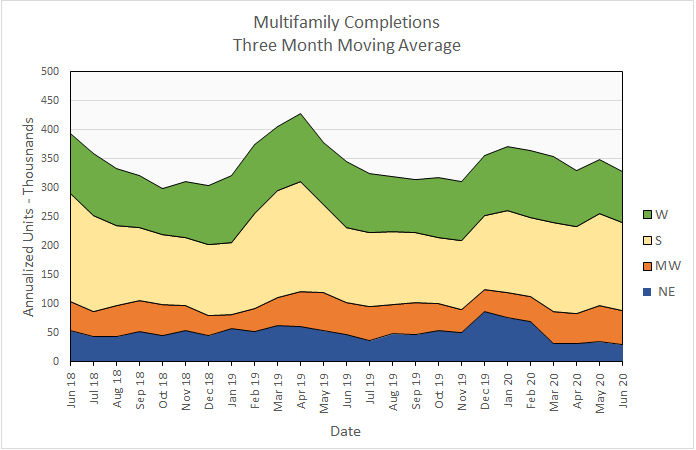