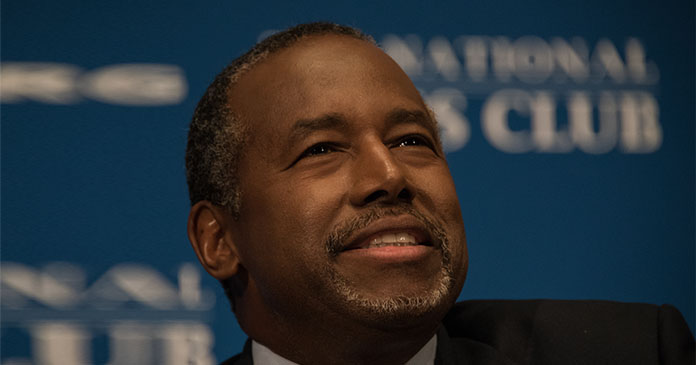 U.S. Department of Housing and Urban Development (HUD) Secretary Ben Carson today announced the Department will ultimately terminate the Obama Administration’s Affirmatively Furthering Fair Housing (AFFH) regulation issued in 2015, which proved to be complicated, costly, and ineffective— so much so that Secretary Carson essentially removed its burden on communities by suspending the regulation’s 92 question grading tool in January 2018.

“After reviewing thousands of comments on the proposed changes to the Affirmatively Furthering Fair Housing (AFFH) regulation, we found it to be unworkable and ultimately a waste of time for localities to  comply with, too often resulting in funds being steered away from communities that need them most,” said Secretary Carson.“ Instead, the Trump Administration has established programs like Opportunity Zones that are driving billions of dollars of capital into underserved communities where affordable housing exists, but opportunity does not. Programs like this shift the burden away from communities so they are not forced to comply with complicated regulations that require hundreds of pages of reporting and instead allow communities to focus more of their time working with Opportunity Zone partners to revitalize their communities so upward mobility, improved housing, and home ownership is within reach for more people. Washington has no business dictating what is best to meet your local community’s unique needs.”

This brand-new rule, called Preserving Community and Neighborhood Choice, defines fair housing broadly to mean housing that, among other attributes, is affordable, safe, decent, free of unlawful discrimination, and accessible under civil rights laws. It then defines “affirmatively furthering fair housing” to mean any action rationally related to promoting any of the above attributes of fair housing.

Now, a grantee’s certification that it has affirmatively furthered fair housing would be deemed sufficient if it proposes to take any action above what is required by statute related to promoting any of the attributes of fair housing. HUD remains able to terminate funding if it discovers, after investigation made pursuant to complaint or by its own volition, that a jurisdiction has not adhered to its commitment to AFFH.