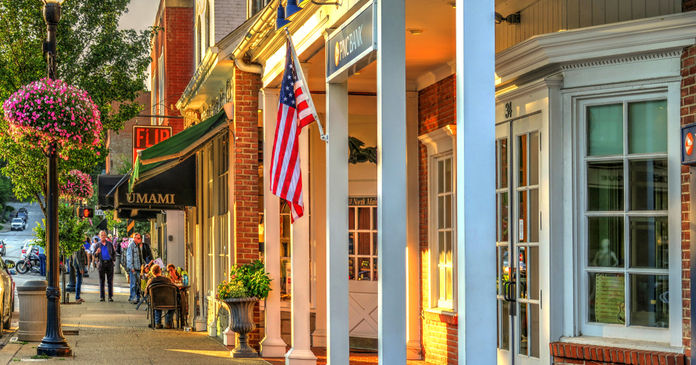 A report from Marcus and Millichap focuses on the question of whether future growth will be concentrated around central business districts (CBDs) or whether it will move to the suburbs. It considers both factors based on population demographics and also on people’s increased focus on health issues due to the COVID-19 epidemic.

How we got here

The report notes that the focus on serving suburban growth early in this century resulted in suburban vacancy rates for both apartments and office space being 220 to 230 basis points higher than for downtown locations by 2010. Despite the higher rate of population growth in the downtown areas since then, the concentration of apartment and office construction in downtowns at the expense of the suburbs has resulted in the vacancy rates of the two regions converging. By Q1 2020, the differences in vacancy rates between the two regions were down to 10 to 30 basis points. With the excess capacity of the suburbs absorbed, future construction will likely be located where the future population growth will be.

The COVID-19 epidemic has caused people to try to avoid spending time in confined spaces with strangers. This is not so easy to do in a high-rise urban environment where people rely on elevators to get them to their apartments and offices, and on mass transit to get them around the city. In addition, months of sheltering in place may have given urban renters more of an appreciation for the additional space available in a suburban property. The trend for more people to work from home, at least part of the time, has also enhanced the desirability of having an extra room which can be used as a home office.

While suburban homes and apartments are significantly less costly than their urban counterparts, their neighborhoods often lack the conveniences found in a more urban environment. An emerging compromise is the urbanized suburban hub. This is district of entertainment, shops and restaurants located in a smaller town outside the urban core. It provides many of the benefits of downtown living without some of the negatives.

People tend to go where the jobs are and jobs tend to go where the people are. In the recent past, this self-reinforcing dynamic has driven the growth of the urban core. With a boost from the pandemic, this dynamic may reverse, directing growth to the suburbs as urban residents flee in search of less congested and more affordable living arrangements. The rise of urbanized suburban hubs may make this transition more palatable to urban residents and thereby accelerate the process.

The full report also contains some interesting demographic information on the Millennials and on how they differ from prior generations along with a discussion of changes in the market for office space. It can be found here.