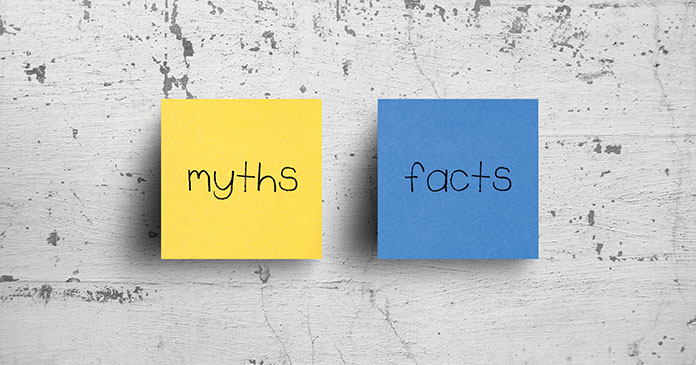 Myths about future apartment sizes, office demand and reshored manufacturing were tackled by executives at RCLCO in a recent webinar.

Without a doubt the pandemic has upended commercial real estate. What were once solid tenants and asset classes have been thrown into doubt as social distancing has forced people to remain at home. In response, new practices—such as a permanent shift to remote work—once seen as unlikely are now being seriously contemplated by many companies. Up is now down, down is now up and so on.

But executives at RCLCO caution the CRE community not to make too many assumptions based on what is happening at this moment as the nation continues to respond to Covid-19. In a recent webinar, they took a look at the myths that have emerged about the commercial real estate industry as a result of the coronavirus.

The myth: The steady shrinking footprint of apartment units over the past ten years is now over. Everyone recognizes the need for space.

The reality: Larger apartments may indeed become a trend among some renters but it is too soon to call this theory a trend yet, said managing director Erin Talkington. “It is tricky to decide how many people will make that decision right now. Not many people are moving at the moment and there are some good questions about how it is not so much the actual square footage that matters but how you use it.” It is possible, she added, that what this really will be is a trend about layouts, such as fitting an office space in a studio apartment.

Talkington believes the trend of smaller apartment units is not over, as there is still a fairly large population of singles as well as people bunking with roommates. For the latter group, she said, “maybe working in a studio apartment might sound lovely right now. It could represent more space or different types of space.”

The myth: People are fleeing density because of the pandemic. In high density areas people are having negative experiences and are flocking to the suburbs. The urban areas will fall out of favor as people seek out more comfortable spaces to quarantine.

The reality: Here again, behavioral changes are difficult to predict, said managing director Todd LaRue. But in this case the trend was already set in motion before the pandemic began. “The truth is a lot of this movement to suburbs was occurring pre-COVID and demographics were driving that trend. What I think is happening is that COVID-19 is accelerating trends that were already underway.” It is clear that home buyers are snapping up houses, driven by the current ultra-low mortgage rates and many of these houses are in the suburbs. But LaRue makes the case that this is a natural tendency that has been underway for years and it will continue for at least another decade. In other words, when the pandemic is tamed, there won’t be a reversal.

The myth: Office users will need less space as their employees continue to work from home. Office demand will lessen as fewer employees work full time in the office.

The reality: This question of future office demand, of course, is being debated fiercely in the CRE community right now and there are good points to be made for both sides. RCLCO principal Rick Pollack weighs in with an overlooked observation that millennials and younger generations are having a harder time working at home as many are living in or sharing small apartments.

There are also social aspects of an in-office experience that are difficult to replicate virtually.

Likewise from the employer perspective, Pollack said. “Onboarding new employees is more difficult to do virtually. There is also the cultural benefit of having people in the office and bottom line benefits of collaboration to consider,” he said.

For many companies this does not have to be an all-or-nothing proposition but even just shrinking square footage can come with problems, Pollack added.

“Employees need somewhere to sit. The feedback on the hoteling or hot desking trend has not been positive. People are less productive when they don’t have an assigned desk.”

His conclusion: Office users will continue to use the same amount of space as they did before the pandemic.

The myth: The pandemic’s interruption of U.S. supply chains will help bring manufacturing back to the US. The uncertainty of future shutdowns, as well as the increased costs of manufacturing in China due to the U.S.-China trade war will create a more hospitable environment for reshored U.S. manufacturing.

The reality: This won’t occur for a simple reason, says managing director Ben Maslan: companies are profit-motivated. “The cost of manufacturing in the U.S. is higher than in the rest of the world,” he said. “The cost of U.S. labor is well above other parts of the world.”

This is not to say there will be a decline in industrial demand, Maslan continued. “But manufacturing will not be a big driver of that demand. Overall we don’t expect manufacturing to return here in great numbers.”